James and Sedgwick from THE DICKENS WITH LOVE 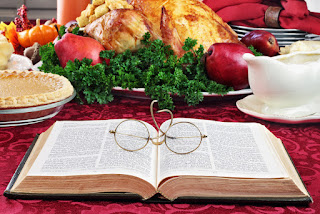 “Your mother hates me.” I said when Sedgwick joined me on the terrace.


“No.” He brushed away the powder of snow and joined me, leaning against the blue stone wall and gazing out at the moonlit shingle beach. His broad shoulder felt solidly comforting against my own.


I smiled, though I don’t suppose Sedgwick could see it in the dark. “Oh yes. Every times she looks at me she sees a line of unborn grandchildren. Your father can’t look at me without wincing.”


“They don’t know you, James.” Sedge put his arm around me. “Once they know you, they’ll realize that I’m the lucky one. They’ll love you. As I love you.”


My throat tightened. To answer was impossible.


I had been to church that morning, the first time in my adult life I had gone to church with a purpose beyond attending a wedding or a funeral. I had stood next to Sedgwick in the family pew and refused to let myself think beyond the words on the page of the book Sedge held for both of us. I was  taking it one word at a time.

The breeze carried the scent of ocean and marshland and curry, the latter thanks to the spice grinding facility in the industrial estate. It smelled foreign. Alien. Which made sense as I was half a world away from home.


No. , to be exact, was my home now. These politely stricken strangers were my family.


Into my pained silence Sedge qualified, “Well, not exactly as I love you, but in their own restrained and familial way.”


That got a snort out of me. Sedge’s arm tightened, hard and reassuring. He bent his head and, breath warm against my ear, whispered, “Don’t let them spoil things, Jamie. I love you so much. We’ve waited so long.” 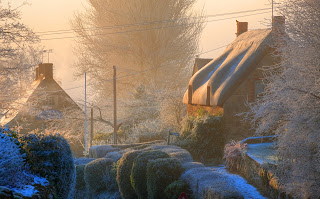 A year. That’s how long we’d waited, what with one thing or another. A whole year of waiting, dreaming, planning. I’d given up everything, my entire life to be with Sedgwick Crisparkle.


And I’d do it all again in a heartbeat.


“They’re horrified about what I did with your book.”


“Your book,” Sedge said firmly. “And there you’re most definitely wrong. They all think you’re bloody brilliant. As do I. You’ve kept The Christmas Cake in the family yet still managed to get the money I needed to open the school.”


I smiled. I was rather proud of what I considered a master stroke. Rather than selling the lost Dickens Christmas book that had brought Sedgwick and me together almost a year to the day, I’d had the book copied and republished as a pricy, exclusive and very limited edition just in time for Christmas. Sedge would have all the money he needed for his school.


But again, Sedgwick didn’t see the smile and he misread my silence. He burst out with uncharacteristic fury, “Goddamn them.”


“Sedge—” I was genuinely startled. He swore so rarely, lost his temper so rarely.


“How fucking dare they hurt you? They know what you mean to me.” He turned as though to go back and do battle with them, my own personal and highly incensed archangel. I grabbed him back, laughing -- at least in part I was laughing.


“Don’t do it. Don’t say a word to them. They’re doing the best they can. I’ll win them over. I can be very charming when I try.”


He let me hold him, but I could feel his heart banging with righteous wrath against my own. “I know you can,” he said seriously, as though I might need reassurance on this score too.


I really was laughing then. “Sedge, it’s okay. It really is. So long as it doesn’t matter to you, do you think I care about what any of them think?”


His spectacles glinted in the moonlight. “Is that true, James? I wanted you to have a real fa--”


I interrupted, “I know. And maybe we’ll get there yet.” I drew his head to mine. “In the meantime...Happy Christmas, Professor Crisparkle.”