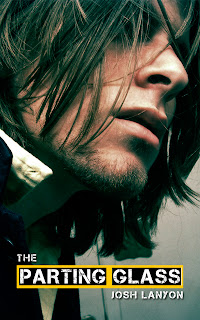 Now available on Amazon, All Romance Ebooks, Smashwords and -- woohoo! -- Barnes and Noble.

Two and a half years ago, travel writer Timothy McShay let NYPD Detective Luke O'Brien talk him into hiking into the New Jersey Pine Barrens to face down a monster.

Now Tim and Luke meet again under very different circumstances. The old attraction is still there -- but so are some of Tim's monsters. Is it too late to find their way back to each other?


Just an angsty little cocktail with a dash of bitters and a splash of sweet. I hope you enjoy it.
Posted by Josh Lanyon at 11:19 AM 21 comments:

I Spy Something Audible 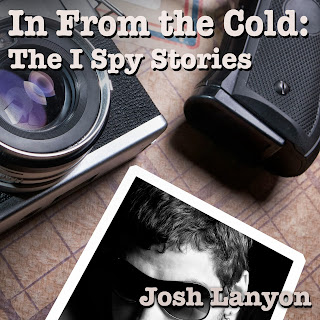 Oh yes! I Spy Something Bloody is now available in audio. The story is narrated by Alexander J. Masters, who I think does a brilliant job of capturing Mark's gently malicious and often cold-blooded voice.

Even better, for three dollars more you can buy the complete collection of I Spy stories. In From the Cold is also available!

Given how really cold and ruthless Mark can be, I find his attachment -- his adoration -- of Dr. Stephen Thorpe one of my more romantic pairings. The stories are quite romantic.

Anyway, here they are -- available for your listening pleasure. I do hope you enjoy them!
Posted by Josh Lanyon at 1:00 AM 18 comments:

And Our Winners Are...

That Five Things I Love post had to be one of my all time favorites. Such wonderful moments and images you all came up with. I think I'm going to try and remember to do this post quarterly because every season has lovely things about it -- and just reading your thoughts made me happy.

But anyway, due to the great response and participation I decided to go ahead and give away FIVE audio books instead of one.

Email me and let me know your snail mail so I can send you the audible.com gift code.
Posted by Josh Lanyon at 3:19 PM 4 comments:

Email ThisBlogThis!Share to TwitterShare to FacebookShare to Pinterest
Labels: giveaways

Well, it's that time again. Although I have lots to blog about, I don't have time because I'm trying to finish up "The Parting Glass," and I'm working on that famous and mysterious holiday project. So in the spirit of just taking time to concentrate on the good stuff, I thought I'd list some things I love -- and if you take the time to list five things you love, I'll enter you in a drawing for an audio download of one of my books.

So here we go. Five things I love.

3 - Snow Globes. I know it's too early to be thinking of snow globes, but I love them all the same.

4 - Hawaiian hazelnut coffee. I only drink it in the summer, so I'm down to my last cups now.

5 - Opening to the first page of a new book.

What do you love? List your five things in the comments below.
Posted by Josh Lanyon at 1:00 AM 52 comments: 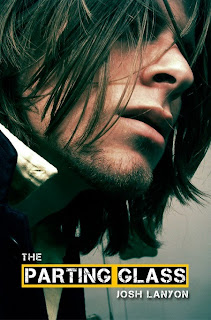 (Straight off the grill and completely unedited)


I glanced over my shoulder, surprised that anyone in would recognize me after all this time. Two guys stood in line behind me, waiting to buy tickets for that night’s concert at the . Jeans and leather jackets. They looked youngish, fit, and clean shaven in a way that seemed to advertise off-duty cops. I didn’t especially like cops.


I thought the red-haired one had spoken to me, but his gaze was as curious as my own.


His companion said -- and there was no hiding the shock in his voice, “Timothy O’Shay?”


I got a good look at him then, at first only taking in the independent components of his straightforward handsomeness: soft, dark hair, wide hazel eyes, startled mouth. He was just over medium height. Wide shoulders, narrow hips, long legs.  My eyes jerked back to his. We stared at each other. Stared and stared and couldn’t look away. Disbelieving happiness surged through me.


Luke O’Brien. After all this time. Happiness was too thin, too watered down a word to describe that wellspring of feeling. Joy. That was the word. A blaze of delight that almost defied definition. His startled face was alight with it, and I guess mine must have been too. People around us were smiling as we grabbed each other.


“You too!” No surprise there. Luke always looked great. Always had. Probably always would. Me on the other hand…not so much in the old days.


Joy is one of those naked emotions. You can’t hide joy. It’s like trying to cover a rocket launch with a lampshade. I think -- I think there might even have been tears in his too-bright eyes. I think maybe there were tears in mine.


Then I looked at Luke’s friend. There were no tears in his eyes, but there was plenty of emotion there, and abruptly I remembered the past two years and let go of Luke. I stepped back -- or would have, if Luke had let go of me as well. But he was still gripping my shoulders, his hands a warm weight I felt through the wool of my coat, staring at me, so glad to see me. Incredulous but so glad. Holding me as though there was nobody in the world but the two of us. “What are you doing here?” he questioned. “Where the hell have you been?”


“Rob Sachs.” We’d met at Rob’s, about a million years ago. How could he not remember Rob? He hadn’t been to the wedding though. I’d wondered if I might see him there.


Luke’s dark brows drew together. “Oh. Right. I haven’t seen Sachs in awhile.” Recollection changed his expression, awareness flooding back. And suddenly it was right in front of us, the reason we’d split up, the reason I’d left town, the reason we’d never spoken again. He released me -- reluctantly, I think -- glancing at his friend.


“Jeff, this is Tim O’Shay. Tim, this is Jeff Rogers. Jeff’s a good friend of mine.”


“The Tim O’Shay?” Jeff said. He had a deep, dark voice. Sexy. “Well, what do you know?” His smile was brief and I didn’t understand the emphasis on my name. We shook hands briskly.


The line to the ticket window was shuffling forward. We shuffled with it, me glancing over my shoulder to make sure I wasn’t holding up the queue.


“Nice to meet you, Jeff. You work with Luke?” Jeff was attractive if you liked blue eyes and red hair and freckles. Very Irish-looking, which I happened to know Luke was partial to.


At the same time, Jeff was saying -- probably reading the wariness of my expression, “You’re a legend down at the precinct, Tim.”


“I am?” I threw a doubtful, frowning look at Luke, but then the light went on. Oh yeah. The Forester. The shooting in the Pines. How funny was it that my feelings for Luke were -- had once been -- so strong that the memory of my run-in with a homicidal maniac paled by comparison?


“Are you on your own?” Luke asked. He glanced automatically at Jeff and Jeff shrugged infinitesimally.


I think Jeff saw through it. Luke was still grappling with the shock of running into me and the subsequent, inevitable rush of memories. Most not good. I knew, because I was dealing with the same. It was like going down a slide backwards. First the thrill and then the thud.


The couple in front of me moved away from the ticket window. I said hastily, “Whoops, my turn. It was great seeing you again, Luke --” Busy, busy guy. No time to talk!


Luke shot another of those quick questioning looks at Jeff. “Maybe we could get together for a drink after the show?” Instant consternation as he heard his own words. “Coffee somewhere? Or maybe tomorrow --”


I shook my head. “I’m flying out tomorrow. Next time I’m in town, though. For sure.” That time I did turn my back on them.


I could hear the resounding silence behind me. Closing my ears to it, I said into the ticket window speak thru. “Guest pass for O’Shay?”


The girl on the other side of the bulletproof glass rifled around in a little box.


“Tim.” I closed my eyes at Luke’s quiet protest behind me. My heart thumped hard beneath my breastbone in that old flight or fight response. Flight, in my case. Always flight. Only once had I ever stood and fought.


Okay. Maybe twice, if you wanted to count the battle to get sober. But that was more like an ongoing running action.


The girl slid a white envelope into the steel tray beneath the glass. “Enjoy the concert!”


I nodded, took the envelope, braced myself and turned. I didn’t look at Jeff, with his sexy bedroom voice and his skeptical blue eyes. I looked only at Luke. The confusion and disappointment on his face hurt. I was being a complete jerk -- nothing new there -- and he wasn’t even angry. Just…not understanding. Bewildered. Because after all this time, why the hell couldn’t I at least stop and talk for a few minutes? What was I running from this time?


My throat closed up. I paused long enough to grip his arm, and got the gruff words out. “It’s really good to see you, Luke. Really good.”


If he replied, I didn’t hear it, already walking away, heading straight for the theater entrance and not letting myself look back.
Posted by Josh Lanyon at 1:00 AM 72 comments: