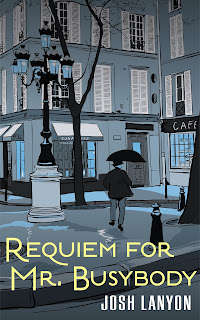 Not the book I had planned for or originally intended to write, but... I can't lie. I'm hugely, HUGELY relieved to have broken through whatever that was. Burnout? Dry spell? Creative force field?

I don't know, because the last time I suffered from burnout, it was actually a really productive period. I did a ton of planning and reading and note-taking. This wasn't like this. This was like a prolonged blank. I wasn't interested in reading or watching movies--I could tolerate nothing fictional. After an initial burst of listing preorders and a few sales, I suddenly lost interest in...everything. Well, other than my dogs, my garden, my family. I've never felt anything like it.

Writing was an absolute impossibility.

I'm not sure what exactly broke the spell given that the pandemic is spiking bigtime and my anxiety over the election is absolutely out of control. But something has changed. I feel calmer. Not optimistic, exactly, but calmer. Fatalistic? Whatever. I've started writing codas again for Patreon, I felt driven to complete this little story, and I'm actually looking forward to losing myself in the world of Cosmo and John.

That said, I don't trust myself right now. I have no idea how I'll feel after the election or in the coming months. But I'm writing right now and that's the good news.

“Maybe you’ll be next, Mr. Busybody!”

When former crime reporter Michael’s elderly friend Maurice suddenly disappears, he fears the worst. But Michael is unable to investigate, and no one is taking his suspicions seriously—least of all Nico, Maurice’s too slick, too smooth, possibly guilty boyfriend.

The only person Michael can think of who might listen is Leonard Drake, now a Lieutenant Detective with NYPD.

In fact, this excuse to contact his ex might just be what Michael has been waiting three years for.

The phone at the other end rang long enough that I started to count, and then it clattered off the hook and a deep, pleasant voice said, “Drake. Homicide.”

Given that we hadn’t spoken in three years, I was caught off guard by how familiar his voice was. The warm rush of memories? Equally unexpected.

I released the breath I’d been holding. “Hey,” I said cheerfully. “Your misspent youth is calling.”

A couple of very long seconds ticked by before Len said slowly, “Michael Woolrich. There’s a blast from the past.”

Not that I expected confetti and kazoos, but that total lack of emotion was hard to read.

“To what do I owe this honor?” Len added.

“I don’t know about honor, but I might have a murder for you.”

Maybe I imagined the creak of a chair in the background, but Len’s voice was definitely more cordial, more relaxed as he replied, “Do tell.”

Murder was what had first brought us together. Our mutual raison d’être. Murder had been the only thing we had in common, as it turned out. That’s what I told myself, anyway.

“The victim—possible victim—is Maurice Moreau. He went missing—appears to have gone missing—four nights ago. I think his partner killed him.”

“And you know Maurice how?”

“Where are you living now?”

“The Fontainebleau in Chelsea.”

I laughed. “Maybe once. Maybe in the forties. But yeah, great atmosphere if you don’t mind a few ghosts.”

“And you think your friendly neighbor Maurice has now joined the celestial choir?”

I felt myself smiling at Len’s turn of phrase. You don’t expect metaphors from a cop, at least not outside Chandler, but Len was not your ordinary cop. For one thing, he was no-bones-about-it gay, and while yes, every police force in the country is trying to be—or appear that they’re trying to be—more diverse and less discriminatory, in my experience, openly gay officers are still a rarity.

“Maybe he’s on vacation,” Len suggested. “Maybe he’s visiting relatives. Maybe he and the boyfriend are on a second honeymoon. What makes you think Maurice is dead?”

I didn’t really want to go into the Rear Window aspect, didn’t want Len to know how much time I spent observing my neighbors, didn’t want him to think I was developing voyeuristic tendencies in my old age. Although, Talese was right—all journalists are voyeurs at heart.

I said, “Partly because of the way Nico, Maurice’s partner, is behaving. Partly because Maurice once said if anything ever happened to him, look no further than Nico.”

Len said in his slow, considering way, “That’s quite a revelation from someone you describe as a neighbor rather than a friend.”

“I know. And he was joking—mostly—when he said it. But…”

“But now that Maurice has ‘disappeared,’ you think maybe he was serious. You said something about the way Nico is acting. How is Nico acting?”

“Evasive, in my opinion.” Also dismissive, patronizing, bored, annoyed—but that was Nico’s usual attitude toward me, so I didn’t place undue importance on it.

Len’s tone remained neutral as he suggested, “Maybe Nico feels that Maurice’s whereabouts are none of your business.”

I waited. If Len was the Len I remembered… But three years is a long time. Len didn’t owe me any favors. And no one knew better than me how far-fetched my story sounded.

Len said finally, “I’ll be blunt. This is so thin, it’s transparent. Anyone but you, Michael, I’d be tempted to tell you to butt out of other people’s relationships.”

I winced, opened my mouth, but Len wasn’t finished. “You always had a nose for trouble, so unless you’ve changed a lot, I have to assume you’re maybe onto something.”

We could take it for granted I’d changed a lot. Physically, for sure, but also mentally, emotionally, and probably spiritually. Not that I’d ever been very spiritual, unlike Len, who was a practicing Episcopalian and sang in his church choir every Sunday.

“I could be wrong,” I said. “I hope I am. But if I went missing, I’d like to think someone out there might notice and at least ask a couple of questions.”

“And that’s about all I can promise,” Len said. “We’ll ask a few questions and see what the boyfriend has to say.”

But the last three years had taught me to be cautious.

“If my name could be kept out of it, I’d appreciate it.”

He said crisply, “No. You don’t owe me anything. I quit keeping score a long time ago.”

I was still trying to think of a reply when he hung up.

It's not listed everywhere yet, but I'm getting there.