Life as We Know It 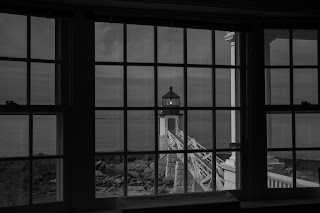 I'm trying to figure out what the heck I've been doing for the last couple of months that's taking up so much time...

And yet, I seem to have so little to show for it.

Of course, writing is not all I've been doing. We had our very dear friends from Finland staying with us for a few days. We had the preparation and celebration of our annual 4th of July party. I had rehearsals for our gig in Pleasanton this September (for those who don't know, in my other life, I'm in a Celtic band and we've started accepting gigs again WHY????????? But anyway...)

One thing that slowed me down was finishing up Hide and Seek. It turned out to be way longer than I'd anticipated AND the edits were more extensive. So I started Lament at Loon Landing late (try saying that fast three times) but quickly--though not quickly enough--realized I wasn't going to finish in time to  be able to start Death at the Deep Dive so as not to also miss that deadline (and lose all my preorders).

So now I'm working on Death at the Deep Dive (which I'm LOVING) but that means that Book 7 in the series will come out before Book 6.

But here's the thing, I could pretty much change the book numbers and it wouldn't make much difference except that the way I'm doing the series is each book is set in a particular month based on what's going on on the island (the real island, Block Island, I mean). AND I wanted a book in between Body at Bucanneer's Bay and the plot point resolutions of Death at the Deep Dive. It's not crucial, but as far as the pacing of the series overall, I feel like that's important. So yes, the first few thousand readers won't have the benefit of that elongated pacing, but the first few thousand readers probably feel I'm overthinking it. ;-)

As far as overall story arcs, nothing that happens in Book 7 affects the mystery stuff in Book 6.

There are some other developments that will be slightly out of order, but in the long run, nothing major. Or at least, I don't think it's anything major. HOW SHOULD I KNOW?

Oh, and as for when Book 6 Lament at Loon Landing will actually come out?

Here's the thing. After I finish Death at the Deep Dive, I need to promote and catch up everything else for a day or two (because it's like weeks since I've responded to email or messages) and then rehearsals and then I have to get my booster shot so that I've got as much immunity as possible before we do this Labor Day gig. Having had Covid once, I'm really, really, REALLY eager not to contract the BA.5E = mc^2 variant. But I do seem to get knocked on my ass by the boosters, so I'll lose some writing time there. Then there is the gig itself (which is roughly five days including travel and prep).

I'm trying to be realistic, and realistically, it's probably going to be mid-September.

And honestly, that might be optimistic, because sometimes I get tired.

Sometimes, every month or so, I need a rest. 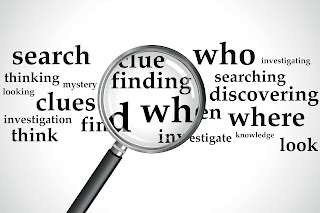 But anyway, I know the updates have been few and far between, so I figured I better explain myself before the confusion about release dates reaches critical mass.

OH! Next week, I've got something special planned for the blog! A "conversation" with the wonderful Aki Fuyuto, who does the Japanese translations for my books with Shinshokan, and Yooichi Kadono, the brilliant artist who does so many of the illustrations.  I found it so interesting, and I think you will too. ;-)

Email ThisBlogThis!Share to TwitterShare to FacebookShare to Pinterest
Labels: Death at the Deep Dive, Lament at Loon Landing, Secrets and Scrabble, updates

DEATH AT THE DEEP DIVE Playlist 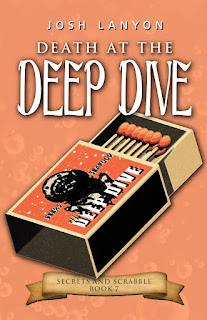 We only see the things on the surface…

When Pirate Cove’s favorite mystery bookstore owner and sometimes-amateur sleuth Ellery Page discovers a vintage diving collection bag full of antique gold coins tucked away for safe-keeping in the stockroom of the Crow’s Nest, it sets off a series of increasingly dangerous events, culminating in Jack Carson trying to cook dinner. Er…culminating in murder.

Mills Brothers - Nevertheless (I'm In Love With You)

The Surfaris - Wipe Out

The Beach Boys - I Get Around

Jason Donovan - Sealed With A Kiss

The Mills Brothers - I'll Be Around

Owl City - If My Heart Was a House

The Mills Brothers - Till Then

Posted by Josh Lanyon at 9:15 PM No comments: