Smashwords is hosting a Talk Like a Pirate Day sale this weekend and the first four books in the Secrets and Scrabble series are currently listed at $2.99 each thru September 21st (the books are normally priced at $5.99).

It's a great time to catch up on the series before the fifth book comes out. 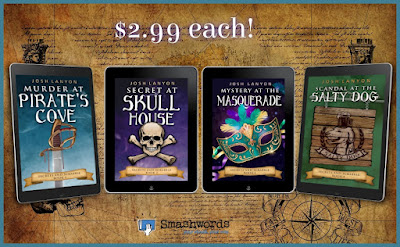 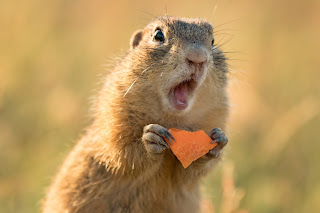 Just keeping things light this Labor Day weekend. Once upon a time--as in for the last thirty years--every Labor Day weekend was spent performing at the Santa Rosa-then-Pleasanton Highland Games. But last year the Games were canceled and this year one of our bandmates was injured in a non-musical accident (I honestly didn't know you could rip a pectoral muscle GULP).

The bright side is, I have Labor Day off!

There really is no dark side to swimming, BBQ, and sleeping in that I can see.

A lot of you might not have known that I've been performing/recording Celtic music for most of my adult life (which, makes it all the odder that I've never written a musician main character--I have no idea why) and that's from whence the idea for this post arose.

Some other things you might not know about me.

1 - I talk to myself. A LOT. To the amusement of friends and family--and possibly my dogs. I don't even know I'm doing it anymore. It's mostly the musing aloud variety. Let's see. If I add this... You know the kind of thing. I'm also prone to false alarms. Oh, don't tell me I... lostmykeys/lockedmyselfout/forgotto To the extent that no one takes these flutters seriously anymore (except me and even I know I probably did NOT forget/lose/drop whatever it is).

Apparently I have even occasionally talked in my sleep, although I don't know if I really believe this.

2 -  I believe in ghosts. Not like Hollywood ghosts or Gothic literature ghosts--although those are certainly fun--more like echoes of the past, reverberations of traumatic events, shades and shadows that linger through time. I think I've had a couple of ghostly encounters, but I'm not entirely sure. I have an active imagination and that could certainly throw me off.

4 - I didn't marry until I was in my forties. From a writing perspective, that gave me a lot of useful experience as far as having different kinds of relationships with different kinds of romantic partners. From an ideal spouse perspective... er, I was a little on the backward side. I think it took me two years before I conceded I did need to call home if I was going to be late or that I should probably consult--or at least inform--the SO before I made vacation arrangements. HOWEVER, I DID REMEMBER TO DOUBLE CHECK WITH HIM IF IT WAS OKAY TO ADOPT BOTH DOGS. ;-)

5 - I close my eyes at the gory/scary parts of films. I HATE suspense.