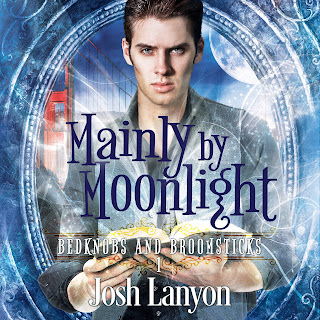 Mainly by Moonlight (Bedknobs and Broomsticks 1) is available on Audible, Amazon and iTunes!

If you just finished listening to Kale Williams narrate The Monuments Men Murders, you'll be fascinated to see how he shakes things up for Cosmo and John. ;-)

A gay high-society wedding. A stolen book of spells. A love-threatening lie.

Can a witch avoid a murder rap without revealing the supernatural truth?

Cosmo Saville guiltily hides a paranormal secret from his soon-to-be husband. Thanks to a powerful love spell, uncertainty threatens his nuptial magic. But when he’s suspected of killing a longtime rival, he could spend his honeymoon behind bars…

Police Commissioner John Joseph Galbraith never believed in Happily Ever After until Cosmo came along. Falling head over heels for the elegant antiques dealer is an enchantment he never wants to break. But when all fingers point to Cosmo’s guilt, John struggles to trust what his heart is telling him.

As Cosmo hunts for the missing grimoire among the arcane aristocracy, John’s doubts grow. With an unseen enemy threatening to expose Cosmo’s true nature, the couple’s blissful future could shatter like a broken charm.

Can Cosmo find the lost grimoire, clear his name, and keep John’s love alive, or will black magic “rune” their wedding bells?

Posted by Josh Lanyon at 4:23 PM No comments: 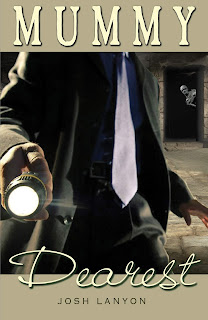 Like a lot of authors I have a love/hate relationship with Amazon. I admire their innovation imagination--and ruthless efficiency--but I also deplore their greed, their inflexibility, their indifference to the publishing ecosystem as a whole--and that same previously mentioned ruthless efficiency.

I think writers putting all their eggs in one basket is a horrible idea, whether that basket is publishing with one legacy publisher or one indie publisher OR putting everything into Kindle Unlimited. I've been in publishing a long time, and I have seen the painful proof of that too many times to count. But people gonna do what people gonna do.

However you feel about Kindle Unlimited, (and hey, yes, I have a kindle and a KU account) it's pretty clear that right now KU dominates the publishing landscape--and that isn't going to change any time soon. 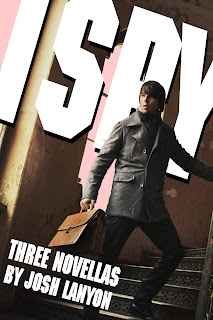 So how best to take advantage of that without handing my entire fate over to Jeff Bezos? To refuse to play ball at all is pretty much the equivalent of cutting my nose off to spite my face. But going all in on KU is not an option. I can't do it. And I don't need to do it. So what's the compromise for an author like me? I've got a largish and loyal readership, but now days I have trouble with discoverability and with sticking my landings on those best-selling lists which--it's no secret--are now dominated by KU titles?

If your readership isn't growing, it's shrinking. That's the way it works.

For now, I've decided to put a few titles at a time into KU and then rotate them out again. Some of the titles still sell pretty well wide, some don't. So far, I don't plan on putting anything new into KU, although I have an idea about that too (but not for this year).

Here are the titles currently in Kindle Unlimited: 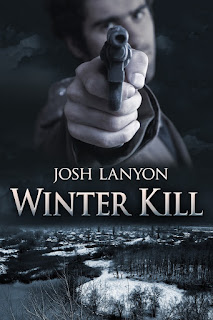 The Partners in Crime box set

The I Spy books (including the box set)

Some of them return to wide in November and the rest go back up in December.

This hopefully introduces me to some new readers. Yes, some KU readers are solely price-point based, but the majority are actually readers like me. We use KU for discoverability; the books we know we want, we buy outright. (There's loads of data to confirm that this is how it works.)

Better yet, this gives me a chance to reformat and repackage these older titles as they come off KU, without trying to tackle everything at once. I can reconsider price points, update back matter, update bonus materials, look at box sets, etc.

So we'll see how this goes. As per usual, I'll keep you updated. If it's a success, terrific! But if it's not, that can be useful to know. 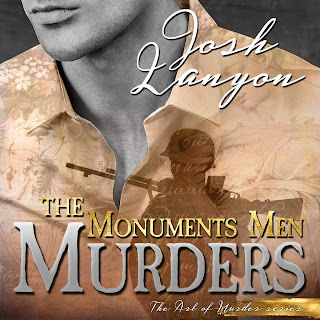 The Monuments Men Murders is now available in audio!

Four books in it's reached the point where, when I sit down to write Sam and Jason, I hear Kale's voice. ;-D

You can purchase through Audible, Amazon and iTunes.

Speaking of Kale, I just finished listening to Mainly by Moonlight (what can I say? I LOVE his narration). It's fun but also fascinating to see how he changes things up to capture Cosmo and John. Anyway, I can't wait for that one to go live.

And any day now I'll have the files for Slay Ride narrated by Alexander Masters (who I also adore--and my gosh what a feel for historical he has) and then in October comes Haunted Heart: Spring likely narrated by Graham Halstead (I sold audio rights to Tantor on this one, so I can't completely control things but they've been terrific to work with so far) OH. And Tantor is also putting out Footsteps in the Dark (Joel Leslie is doing Stranger in the House).

So there is quite a bit more coming in audio this year than last--and I'll try to keep you posted.