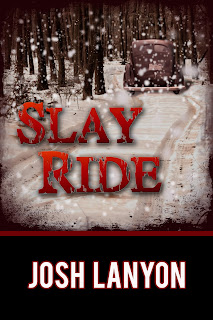 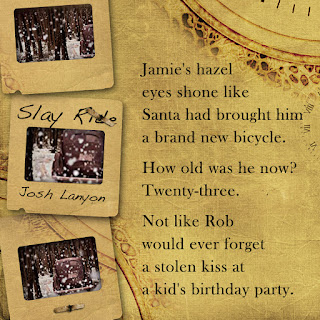 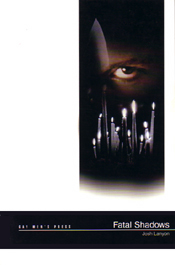 Next year is the 20th Anniversary of the original publication of Fatal Shadows, the first book in the Adrien English series.

I want to celebrate that milestone--but in order to do so, I need to start planning now.

I threw the question out to my Facebook friends and they came up with a bunch of great ideas including:

2 - A quarterly Cloak and Dagger Books newsletter from Natalie and Angus telling us what’s up in the AE world. There can be a Q&A section where readers can ask their favorite characters questions. Patreon Exclusive and then wide later. 🤣😳🤪

3 - Maybe you could commission some art? Or do a fun contest? A party where everyone wears shirts that say "uh huh"?! 😂

4 - Why not ask the readers where they see Adrien and Jake now? Their thoughts on the characters-how did they find the series, the impact of Jake and Adrien as a couple and separate. Lord knows you don't have the time to write more 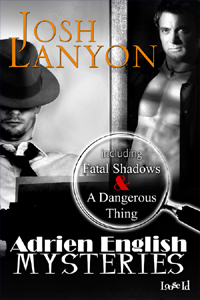 6 - This means that Jake would be in his sixties and Adrien in his early fifties? 😳
But I think they‘ll stay forever handsome and sexy. 😊

7 - A dinner in Pasadena. Somewhere old school there.

8 - Cake. And champagne. Champagne cake. With raspberries, to make it healthy

9 - Maybe just a re-release with the addition of existing codas and updated cover art? Something simple that will mark the anniversary but not be a time drain for you.

10 -  We need to have virtual parties for sure! And maybe turn Fatal Shadows into graphic novel? :)

11 - I think you should fix yourself a drink and toast to AE and his little bookstore. 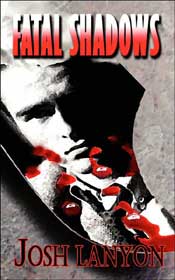 14 - Go Big. 2 Week Online Tribute Show: (Various guest stars talking about the books, you know,) leading up to anniversary reception at some real place...GRL, I guess? Or at least a hotel in the vicinity of GRL. (If you take this idea do this plan, you should totally let me help.)

15 - How about a party in a bookstore...in Florida...okay, it's not close to GRL, but I happen to be part owner of a bookstore in Florida...I'd provide cookies.

16 - A short interlude. Like first day of spring snippet.

17 - To celebrate, I suggest a collection of flashfics, some old and some new, similar to Christmas codas. Little stories with Jake, with their families, friends. Lovely little moments.
It doesn't have to be as challenging as a whole book. Could it work for you? 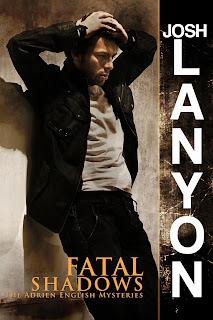 19 - Mary calmes does a monthly he said he said with Sam Cage and Jory Harcourt it’s great! They’re in her newsletter. It’s framed like an advice column response, but basically ends up being a snippet of their ongoing lives.

20 - I see the Adrien English bookstore mentioned in other author's books. Perhaps you can gather all the mentions into one place. I can't recall even one book where I've read it but I bet the readers of this group could come up with several.

21 - It has to be a real party though. That takes place in a physical space with cake and booze.

22 - Wow! How about just a teensy story about Jake and Adrien 20 years in?

I'm interested in hearing which ideas people are most interested in--or if there are other possibilities no one has yet thought of.

What do you think? What should I do to mark Adrien's 20th Birthday?

Cover Reveal - FOOTSTEPS IN THE DARK: An M/M Mystery-Romance Anthology

The snick of a lock. The squeak of door hinges. The creak of a floorboard...

Nothing is more mysterious than footsteps in the dark. Are those approaching steps that of friend or enemy? Lover or killer? 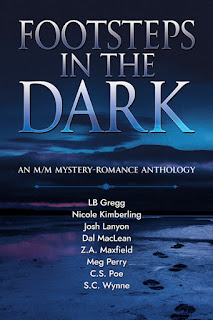 Thank you to Reese Dante for the moody and evocative cover! It perfectly captures the mainstream vibe I was hoping for. :-)


Pre-order now thru Kobo, Barnes and Noble, iBooks (and eventually Amazon).
Posted by Josh Lanyon at 12:30 AM 4 comments:

To make sure my writing "voice" is right I always immerse myself in the movies and books of the period I'm writing about. Not fiction set in that period, but the fiction of the period. (Because those tend to be two very different things.)

It's a great way to absorb the mind set. Which, let's be honest, is often unpalatable to the modern reader. But, in my opinion, it's more important to get the details right than offer some reassuring fake picture of how things used to be.

Those who do not learn history are doomed to repeat it. Etc.

Anyway, it's a great excuse to read books and watch films I naturally love but don't typically have time to indulge in.

Wow. I LOVE Montana. If it just wasn't so far from the beach--and I didn't find real winter intimidating--I would be considering a move. Granted, the Montana of today is not the Montana of 1943, but I love the idea of so few people and so much land. And while it is certainly a red state, it is surprisingly cultured and even kind of artsy in various communities.

And Butte (which serves as the general inspiration for my city of "Bolt") has a fascinating political history especially regarding the labor movement.

Check out the documentary BUTTE AMERICA.

2. Research
Old Esquire magazines. Road maps from the 1940s. One of the best parts of writing historical fiction is browsing eBay and gathering my research materials. There's a special pleasure in handling the books and maps and magazines of the era I'm writing about--I guess it's partly knowing that the people of that era handled them too.

In this particular case there's the fascination of reading all the accounts of the actual crime that inspired my story.

And the less useful, but endlessly fascinating research rabbit holes I inevitably fall down: sea battles, snow chains and men's fashion for starters.