Join me and the other authors from the FOOTSTEPS IN THE DARK: AN M/M MYSTERY-ROMANCE ANTHOLOGY this Saturday for Footsteps in the Bar. We'll be reading from our stories, drinking, and chatting books and publishing with whoever manages to show up. I hope that will be you!

Posted by Josh Lanyon at 1:18 AM No comments:

Email ThisBlogThis!Share to TwitterShare to FacebookShare to Pinterest
Labels: Footsteps in the Dark, writing life

Secret at Skull House is out in audio at all the usual places!

After his former flame disappears following their loud and public argument, Ellery seems to be Police Chief Carson’s first—and only—suspect.


I think Matt Haynes does a terrific job with these. I have a feeling his is a voice you either love or hate. I happen to love it and think he's the perfect narrator for these slightly quirky, unexpectedly gentle mysteries.

So that's the first bit of news.

The second bit of news is  as I'M WRITING AGAIN.

I mean, I was still writing, but without any real focus or aim. For example, drowning is technically a kind of swimming, but it's not typically what we're going for when we jump in a lake.

So yes, I'm writing. It's just a little oddball short story. I was going to put out the next collection of short stories--oh! Look at my nice cover... 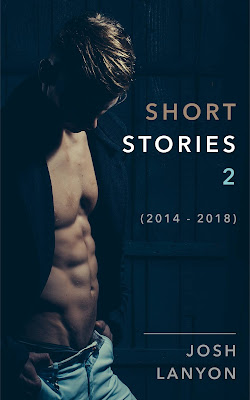 And I realized I was about two stories short. A couple of stories I had been counting on are actually novellas. So. I asked my patrons for some ideas and they came up with a number of possibilities, several of which I'm folding into a story called Requiem for Mr. Busybody.


When former journalist Michael’s elderly friend Maurice suddenly disappears, he fears the worst. But Michael is unable to investigate and no one is taking his suspicions seriously—least of all, Todd, Maurice’s too-slick, too-smooth, possibly guilty boyfriend.


The only person Michael can think of who might listen is Leonard Drake, now a Lieutenant Detective with NYPD.


In fact, this excuse to contact his ex might just be what Michael has been waiting three years for.


What I like about short stories--what I find helpful in my current state of mind (or lack of state of mind)--is the tight structure. There really is no wiggle room in a short story. There is no waffling. You have to stay precise and on point. And that's really good for my agitated cricket brain right now.

So we'll see what happens. I'm not putting it up for preorders. If I finish in time, it will drop at the end of the month. And if I don't, it won't. 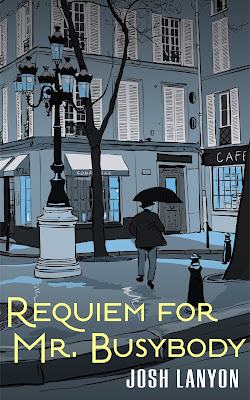 THE MOVIE-TOWN MURDERS, final book in the Art of Murder series, is now listed for preorders on Amazon--and only Amazon.

That doesn't mean the book will be launched in KU or anything like that. It means, I'm simply getting my ducks--i.e, my Amazon preorders--in line. The book is listed for June 2021, but I'm assuming it won't take me that long to write. Frankly, I'm terrified of missing any more deadlines, but preorders are kind of vital to my financial success, so this is my compromise.

I'm listing preorders (for now only on Amazon) at a reduced price, and pushing those release dates out a year. That gives me plenty of breathing space. I will be listing the books everywhere shortly, but it's not an urgency because I'm really not writing much at the moment. GULP. Maybe we take a second out on our house. Maybe I pull myself together in time. I just don't know. I don't like knowing. But hey. That's our life right now, right?

IT'S NOT JUST A JOB, IT'S AN ADVENTURE.

ENYWHOOO. The wonderful Johanna Ollila did the cover--she's done all but the first cover in the Art of Murder series--and I think it's gorgeous!

You can read more about the book here. 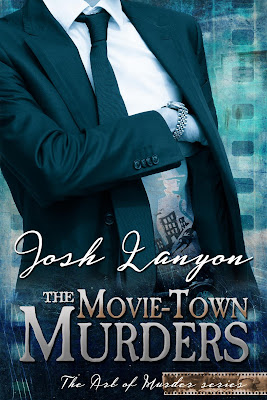 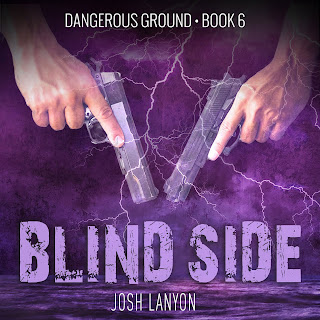 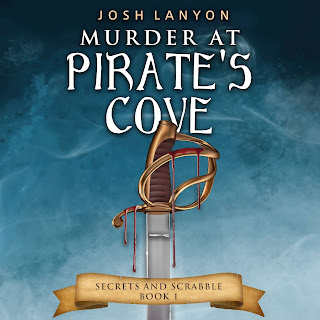 WHAT I DID ON MY PANDEMIC VACATION 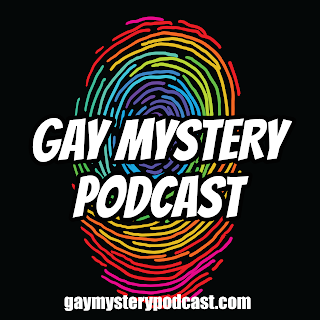 Since I'm having trouble staying focused creatively, I've been trying to catch up on a bunch of other things--I'm taking more audio titles wide, I'm doing more print single titles through Amazon, I'm outlining and charting books for the backside of this year and the front side of next year. Trying to be productive as best I can.

I'm also forcing myself to do a few things that I typically don't do. Live interviews, book readings, zoom chats.

I thought you might enjoy checking out a couple of those efforts. ;-)


Here's the interview I did last weekend for the Gay Mystery Podcast with Brad Shreve.

Thank you so much to everyone who turned up for the Noir at the Bar. I wasn't sure about the protocol, so I was backward about giving a shout-out to anyone, but I appreciated it so much. So great to look out and see your names and faces and scenic backdrops. NEXT TIME I WILL DO BETTER.
Posted by Josh Lanyon at 1:00 AM 4 comments:

Again, although this is going to pop up on Amazon with a publishing date of SAME TIME NEXT YEAR, that date will almost certainly move forward.

Here we have BODY AT BUCCANEER'S BAY (Secrets and Scrabble 5) 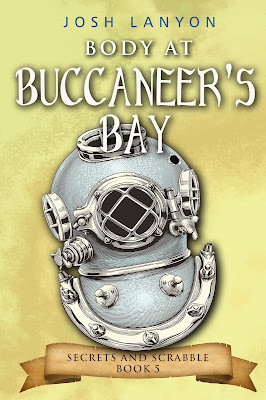 Cover Reveal: SCANDAL AT THE SALTY DOG (Secrets and Scrabble 4)

As you may have noticed, I was having trouble hitting my deadlines even before the pandemic (wow, that is still such a WEIRD phrase, isn't it?) and because I heavily rely on preorders, losing that option at Amazon is painful.

I mean, it all evens out in the end, and preorders actually cut into your sales rankings, but I've become so dependent on those big chunks of cash in the beginning of the book's life cycle that I'm kind of afraid to go back to selling the old way.

Right now Amazon is showing some humanity and restoring preorders to those of us--which turns out to be a lot of more authors than I had imagined (and is it wrong to be relieved by that?)--having trouble creating on cue right now. So while I've got my preorders back--and not knowing what the future holds--I'm hedging my bets and listing several books for preorder WAAAAAAAY out there. As in for this time next year.

Will it really take me until the end of May 2021 to write The Movie-Town Murders? I don't think so. I sure hope not! But life--as well as art--seems uncertain right now. So I'm just guaranteeing myself a few preorders over the coming year, just in case.

Which is a long way of saying, DON'T FREAK OUT OVER THESE DATES WHEN YOU SEE THEM. I'm not really going to give up writing for a year. I'm just extending those lead times as long as I can. I can push them forward without penalty--and I will!--but pushing them back is where the trouble begins.

Anyway, here's one of the new covers for the Secrets and Scrabble series. This one is for SCANDAL AT THE SALTY DOG. 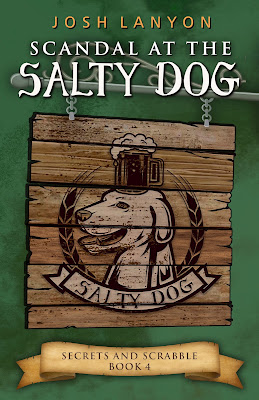