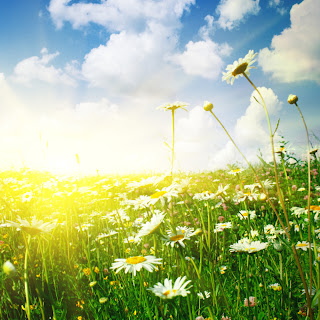 Speaking of short stories, I’ve been thinking a lot about the creative process lately. Maybe too much, because over-thinking and over-analyzing can make you stilted and self-conscious in your craft.
But anyway, I’ve been mulling over where ideas for stories come from. Does everyone get ideas for stories? And, if so, what form do those ideas take? Why do only some people write the stories that occur to them? I mean, I understand why everyone wouldn’t choose to publish everything, but just the process of writing those stories out…there’s something satisfying about that, something that completes the thought.
And yet, once the story is written, it dies out of my brain. So in one sense, putting the dream or fantasy into a story form almost spoils it….
Hm.
Maybe spoils isn’t the right term.  But it changes it. I can’t read my stories and enjoy them in the same way that I enjoyed the initial idea or dream. Once it’s in story form it becomes technique and craft and stops being a dream or a fantasy or whatever story ideas are.
I can’t see my stories as others do. No writer can. Which is natural. But also weird.
Anyway, there are a lot of yellow jackets and bees in the yard right now -- they get very aggressive this time of year -- and as I was splashing around in the pool the other day, I suddenly remembered an essay I’d read years ago by Elizabeth Choi. It was about a woman (Choi) on a hiking trip with her boyfriend. She gets stung by a yellow jacket and discovers the hard way that she’s allergic. That experience changes her negative feelings about marriage and her antipathy toward commitment.
So I was thinking about bees and bee stings and wondering if I too might be allergic and not know it, and inevitably a story began to unfold in my mind starting with a first line.
“About last night,” I began awkwardly.
There I floated, staring up at the clouds moving across the sky, and I began to wonder what this particular situation would entail where one guy -- probably the “I” character -- gets stung by a bee, and how or why it would make a difference in his life and his relationship with….
With Grahaem.
Grahaem handed me the red plastic coffee cup. Steam rose from the fragrant liquid.
“Yeah,” he said. No particular inflection, but I knew my worst fears were confirmed.
Worst fears about what?
Well, obviously I need to write an entirely different story from Choi’s essay. So the point of the story must change and the narrator can’t be the one who doesn’t want to be in a relationship. Which means Grahaem must be. Which means that “I” (what is this guy’s name?) does want the relationship.
Or does he?
Yeah, he does.
Okay. That’s sort of sad. Why doesn’t Grahaem want “I” when I is such a cute, funny, sweet guy? Why are they out camping -- which they must be if the steaming coffee is being served in red plastic cups -- if Grahaem doesn’t want “I”?
Oh. Because Grahaem does like “I” a lot but he’s already been in a relationship. The best relationship anyone could have. The perfect relationship. With…
Jase.
Who is dead.
Poor Grahaem.
He’s already had the best that love has to offer. How can poor “I” compete? Plus the pain of losing that ultimate perfect love is enough to make anyone terrified of risking it all again. And “I” (what is his name?) isn’t anything like Mr. Perfect AKA Jase.
And there it is. Not enough of a plot for a novella. Just a short story about a day that changes everything for Grahaem and…whatever the hell his name is. An awful day. A day where everything goes wrong that can possibly go wrong including anaphylactic shock. And yet, despite it all, everything turns out well. A perfectly awful day…a perfect day.
Perfect Day.
And that’s it. Away I go, spilling it out as fast as I can without stopping to correct or fill in the blanks because it’s crucial to get the bones down before it all starts to slip away.
I sipped the coffee and stared at the meadow the blue tent the fields of gold beyond that in the early morning mist looked like a golden lake in the distance.
Stupid. Stupid. Stupid.
From the beginning -- practically the beginning -- from the first night I’d spent at Grahaem’s X apartment he’d said he didn’t want anything serious. Not looking for anything serious. Not looking for a relationship.
It didn’t get much clearer than that.
But the problem was Grahaem was everything I wanted.
He was thirty seven and a geologist. Okay, geology wasn’t part of the dream man job description. In fact, I’d always pictured my dream man more GQ than Field and Stream, but Grahaem with his slow grin and gray eyes -- gray, not blue or green -- and that little touch of silver in the dark hair at temples and his wide shoulders and narrow hips and his confident straight stance like an old time explorer surveying the vistas -- with his easy laugh and his maps and compasses and soft flannel shirts.
Short story long, I guess. I fell in love.
Despite my best intentions. Despite his warnings.
I fell in love.
And that’s how a story begins.
Posted by Josh Lanyon at 7:59 AM 23 comments:

Email ThisBlogThis!Share to TwitterShare to FacebookShare to Pinterest
Labels: writing

You Get What You Pay For

I happened upon a three star Amazon review for "The French Have a Word for It" wherein the reviewer stated:
I know it only cost $1.49, but it's only 631 locations (translation for the rest of us: 8,362 words -- or 20 pages) there are free sample downloads that length. So while Lanyon is a skilled writer, this is really just a snippet and I'm not going to buy anymore stories this length because they are too short to satisfy me. Colin is a young artist, Thomas is significantly older and used to be his body guard, and they bump into each other in ...
There is nothing wrong with the writing or the ideas here, it's just too short to build any meaning for me.
Now, not everyone loves short stories. I do get that. But where did the idea that all short fiction should be free come from?
You don’t get this attitude from those readers still buying print books. But maybe that’s because they’re under the (false) impression that the bulk of a book’s price has to do with the physical end product?
I have to admit that review -- those comments -- floored me. Are a lot of ebook readers this far out of touch with publishing reality? Are they honestly this spoiled? Or is it simply that because so many readers in this genre come from a fan fiction background where all the stories are free, they don’t grasp the fact that writing is a skill and a trade like any other, and the practitioners of that trade need to earn a living?
If skilled writers can’t earn a living, then you won’t have skilled writers penning your stories. You’ll have fiction from people who have trouble giving their stuff away. Oh yes! On another Amazon forum they’re debating that very thing. Debating whether Amazon ought to charge authors upload fees (one person suggested $500 - 1000. ) as means of weeding out all the dreck that is currently showing up at low, low prices and apparently making it too hard to find good stories.
Yeesh.
Come to think of it, maybe the bigger concern here is we might have a generation growing up that can’t tell the difference between a snippet and a short story. There is a difference. It has to do with plot and point. I think most readers get that, right? Please tell me this woman is the exception and not the rule of our new book buying paradigm because there are writers who specialize in short fiction. They make a living at short fiction. The short story is a perfectly valid art form, and while print markets for individual stories are dwindling, the market for anthologies is growing. Magazines like Alfred Hitchcock and Ellery Queen still pay around 5 - 8 cents a word.
I happen to love writing short stories, but not so much that I would write them for free.
Posted by Josh Lanyon at 2:11 PM 36 comments: