Character Interview #1 - Jeff and Austin from A VINTAGE AFFAIR 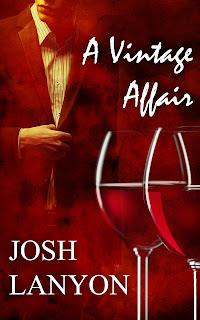 I see them walk into the Magnolia Room, the bar at the Stonewall Jackson Inn where they first really started to get to know each other. is talking, Jeff is listening, smiling faintly, his gaze taking in the nearly empty room. He spots me, touches ’s elbow. breaks off what he was saying, looking a little wary.


For some reason I always think of as blond, but it’s Jeff who is blond. has dark hair and the boyishly pouty, unthreateningly exotic looks you’d expect of a Calvin Klein underwear model – though he’s not remotely the pouty type and his modeling days are long behind him. Jeff has a more straightforward handsomeness. Those all American good looks that effectively sell so many pick up trucks and pairs of .


“Red or white?” Jeff asks and shakes his head, amused.


Jeff goes to the bar and comes over to the table to greet me.  We get the preliminaries out of the way, and I ask, “Does he often?”


is still smiling, still wary. “Does he what?”


He relaxes a fraction. “Yes. As a matter of fact, he does.” The look he throws Jeff, now busily charming the lady bartender, is affectionate.


“So how are things going? Where are you living now?”


tunes back in. “We’ve been doing the long distance thing, but as of last weekend…” he expels a long breath, “we’re homeowners. We bought a house in Buckhead.” His smile is happy, even content.


“So you’re relocating to ?” I admit that’s a surprise. I thought it was more likely they’d move north.


“It’s easier for me to relocate than Jeff. He’s got contacts here, both in law enforcement and the community. It would take him years to build that network up again. Whereas I can work from home a lot of the time.” He shrugs.


“No.” There’s a pause before he adds, “Buckhead gives us both a little breathing room.”


Jeff rejoins us. He sets a glass of white wine in front of . “Muscadine Supreme. From Winery.” 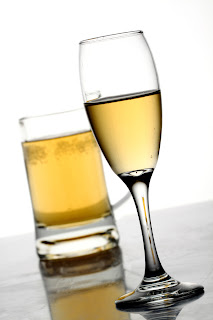 makes a hm sound and gently swirls the wine to release the bouquet. We watch as he sniffs the glass thoughtfully. He hms again and Jeff smiles faintly, tolerantly. He’s drinking beer which he raises toward me in greeting.


We wait as tilts the wine glass and checks the color. Finally he takes a sip. He considers.


“So you’re still in the PI business, Jeff?” I ask as takes his iPhone out and makes notes.


Of course, they’re not hurting for money. inherited a bundle when passed away.


“Have you solved any more mysteries?”


Jeff says briefly, “Every day.” looks up at that he and Jeff exchange funny little half-smiles. Private smiles.


“I think he ought to open his own winery,” Jeff says.


“It’s not that easy, Jeff. It’s not just about money or even land.”


is shaking his head.


“How’s Ernest?” I ask, since that seems like a safe topic.


Jeff chokes on his beer. bites his lip and tries not to laugh. He answers, “Ernest is  building a rocket.”


“His second rocket,” Jeff says. “The first one blew up.”


says, “He’s at school right now. But I try to see him every couple of weekends.”


“What does Ernest think of Jeff?”


When Jeff chuckles, his eyes crinkle. He drinks his beer and doesn’t bother to argue.


“What do the assorted and various stepmothers thinks of you two getting together?”


“Do you ever see the Cashels?”


“I met Cormac for lunch when he came to to meet his publisher.”


“That was your good deed for the year,” Jeff responds.


I say, “You know, a lot of readers thought you two wouldn’t last.”


Jeff’s mouth twists, but he doesn’t say anything. He seems more interested in ’s response.


“What’s been the biggest challenge for you?”


’s brows draw together as he considers. Jeff answers that one. “Trying to make it work long distance. Plus travels a lot. This winter he was backpacking for a month in . I think I heard from him a total of three times. I had no idea if he was alive or dead.”


makes a pained face. “You’d probably hear if I was dead.”


“That makes me feel a whole helluva lot better.”


I interrupt, “What’s the most fun about being together?”


Jeff meets his direct gaze unhesitatingly. “Yeah, no matter how much time we spend together, it’s not enough. So we’re buying this house onChatham Road.”


“What do you fight about?”


Jeff states, “We disagree over ’s notion that it’s okay to veer from his itinerary without letting anyone know, and that it doesn’t matter if he forgets to check in for a week.” 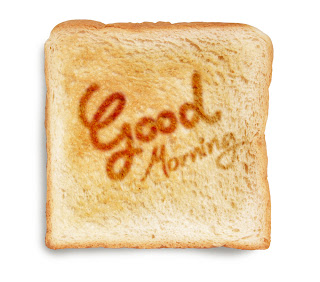 expels a long breath but doesn’t argue. They’ve been over this ground once or twice. He says, “Nobody has ever shot at me when I’m working.”


Jeff opens his mouth. I interrupt, “What have you each learned from the other?”


Jeff laughs. He says, “That the right person makes a difference.”


“He means sex.” is teasing Jeff. Jeff looks mildly uncomfortable, but that’s not the surprise. The surprise is that is so relaxed that he can joke about something that was surely painful to remember at one time.


Their gazes hold briefly. inclines his head as though acknowledging a point.


“What do you laugh about?”


Jeff says confidentially, “Well, when gets excited he has this little trick—”


“Bastard,” Austin says without heat. Jeff is still laughing, and after a moment joins in.


Which answers that question – and probably all the rest of them.