I've been a big fan of audio books for years, so when my own books started making it into audio I was excited. I don't quite know how to explain why it's such a thrill to hear someone else reading your work aloud, but it is. (It's also vastly uncomfortable hearing your sex scenes read aloud, but that's a whole other discussion.)

Three of my Carina Press books made it into audio. I listened to every minute of Fair Game and overall I thought it was a pretty decent production. It was the first time it was driven home to me that there might be legitimate different readings of my words. You would think that would be obvious, but no. I liked the voice of the narrator for Icecapade, but he pronounced Noel's name as "Noelle" and I couldn't get past the first minute. After that I kind of lost my taste for hearing my own work and when Lone Star went to audio, I never bothered to listen. I was afeared to hear those Texas accents. 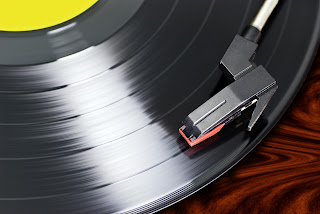 Yet I continue to buy and listen to audio books, and you'd have to be oblivious not to notice audio is becoming a bigger and bigger deal in publishing. So all those years of readers asking if I would ever consider putting the Adrien English series into audio did not go unheeded. At the same time, I had no idea how I could make that happen.

But then along came ACX or the Audiobook Creation Exchange. And, in fact, here was the news bulletin Amazon released this week:


You can use ACX to produce a digital audiobook version of your book, and to make your book eligible for the new Whispersync for Voice functionality which allows customers to switch seamlessly between reading a Kindle book and listening to the corresponding, professionally narrated audiobook across devices without losing their place. Audiobooks will also be eligible for the new Immersion Reading feature, which allows customers with the new Kindle Fire and Kindle Fire HD devices to listen to a professionally narrated audiobook from Audible as the text of the corresponding Kindle book is highlighted on the screen. When customers buy your Kindle book, they will be able to purchase your Whispersync for Voice-ready Audible audiobook at a special limited time discounted price.

You can earn royalties of up to 90% on your audiobook when it’s created and distributed using ACX. ACX was developed by Audible, an Amazon company, to help authors and publishers get their books into audio and gain access to the growing audience of audiobook listeners. ACX provides access to thousands of talented audiobook producers, actors and studios, available for hire for a fee or for a no-cost, royalty-sharing partnership. ACX also provides great distribution options across all of the leading audiobook retail channels. It’s free to try ACX. Click here for more information about ACX and these new features.

The best part of an enterprise like ACX is you to choose the right voice (which is paramount, I think) from a number of auditions. You set your budget and you can either split royalties or pay an hourly rate up front for the production. From the minute I stumbled across the site, I was excited by the possibilities.

Of course everyone has their own idea of how Adrien sounds, but I really liked Chris's voice and I appreciated his professionalism. It seemed like it would be a good match, and so I figured that was that. If everything went well, Chris could do the whole series, and why shouldn't it go well? But if it didn't, I didn't want to commit any further.

But I just couldn't help listening to other narrators and considering all my other titles and though I didn't want to over-invest in something that might flop big time, I found I just couldn't help listing something very different -- The Darkling Thrush -- just out of curiosity. It's a short work but it's a complicated work. All those lyrical descriptions, all those English and Scottish accents, all that Gaelic.

Well, I only got three auditions.  One backed out when he realized belatedly the project was for gay fiction. The other two auditions were good but one was just...the sound quality was a little iffy and the narrator didn't have a slew of credits, but something about his voice, his delivery just really captured the story -- and my attention. So I asked for a second audition and we communicated a bit and I decided to go with my gut.

Today I listened to the completed files for The Darkling Thrush as narrated by Max Miller and I have to say I. Love. This. Book. Or at least I love Max's reading of it (because holy moly there are a lot of continuity errors in that thing--and hearing the book read aloud really made that painfully clear)!

But lingering resentment over sloppy copy and proof editng aside, I was chuckling all the way through the completed files, rarely wincing (although I still can't stand to hear my sex scenes read aloud), loving the different voices Max came up with. It made me want to write the sequel! I can't wait for people to hear this book.

Meanwhile, I've been continuing to get auditions for the remaining and still technically uncontracted Adrien books, and some of those voices were wonderful. I thought...well, what about some of these other standalones? What about Kit Holmes? I've got a LOT of books. What about those?

Oh yeah, I've got  the audio book bug now. I asked readers what books they'd most like to hear in audio after Adrien, and I started listing more projects and contacting narrators directly. It's exciting to control this piece of it -- to be able to pick the right voice and the right sensibility for my stories. It's a lot more complicated than just reading the book out loud. It feels like an added creative element to me, but maybe that's not how it seems to the narrator. All I can say is the right narrator brings something unique to the work, something that is all them -- and they become part of the book.

Of course the wrong narrator can wreck a book.

This audio thing is big. Big and getting bigger all the time. I've had a couple of other audio sites and audio production companies contact me directly -- and it's possible I'll try a couple of shorter works with them. ACX does a lot of things well, but their technical support leaves  A LOT to be desired. Plus I've been listening to narrators who aren't even on ACX. 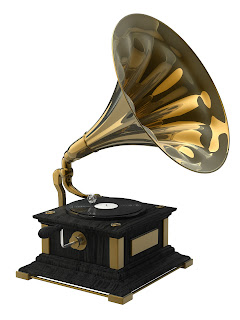 This opens a whole new line of consideration. I like the voice of "Max Tatch" (the guy who narrated Icecapade and Lone Star) and I'd probably use him again, but he doesn't seem to exist. I'm guessing "Max Tatch" is a pseudonym. Also, I like the voice of Sean Crisden who's done a lot of m/m work for Dreamspinner, but as much as I like his voice, do I want my characters to have the same voice as all those other m/m books? Probably not.

But would that matter to readers? I have no idea.

Anyway, I got a little carried away and used up my entire audio book budget for the year (startling,  given that I started the year without such a thing as an "audio book budget") but the end result is there will be four audio books this year including Fatal Shadows, The Darkling Thrush, The Ghost Wore Yellow Socks (that will be Max Miller again -- it'll be fascinating to see what he does with such a different project) and Somebody Killed His Editor.

I settled on Kevin R. Free for the voice for Kit Holmes and we've already contracted the first two books in the series. I'm very excited about that. Kevin's voice is a little husky and he's got a great sense of comedic timing -- he sounds just like Kit Holmes to me. Which is to say that he doesn't sound like any of my other narrators, and that's one of the most exciting things. It's important to me that the characters all not sound alike, that they be just as unique as they felt to me while I was writing them.

Anyway, that's my adventures in audio so far.

What do you think about audio books? Which of my books would you like to see put into audio? 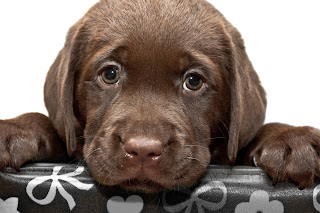