Taking it to the People

Of all public figures and benefactors of mankind, no one is loved by history more than the literary patron. The patron creates 'literature through altruism,' something not even the greatest genius can do with a pen.
Roman Payne


A couple of years back I did a post on writers using Patreon. Or, more exactly, I asked readers what they thought about writers using Patreon. My own feelings were mixed. Okay, honestly? My own feelings were biased. Though logic told me reader patronage was probably the wave of the future, I just couldn't help feeling that professional writers ought to be able to support themselves off their writing. Wasn't it an admission of failure to have to ask for sponsorship?

Some 50+ reader comments opened my eyes. Not only was reader patronage a tiny bit of a safety net for what has always been a precarious profession, developing, nurturing a community of your most invested fans offered the chance to build an incredible resource.

Since then, I've watched with interest as other authors moved to the Patreon model. Some were more successful than others, but that's true of everything in life. A lot of my initial concerns: the pressure of creating tons of new stuff on a tight schedule, undue influence from a select group of readers, other readers feeling left out or cheated don't seem to be issues for most of the successful artists I follow.

There are some really interesting--in fact, inspirational--Patreon accounts here -- though they're not writers:

There seems to be a danger with really successful Patreon writers starting to focus all their energy on their Patreon accounts, and I don't want to do that. I don't want to deny my regular readers all the things I typically give them either (the Advent Calendar, for example) and regular book releases across all publishing platforms.

There are also a lot of completely ignored or all but abandoned Patreon writer accounts--writers may be one of the smallest creator groups on Patreon--so that's not encouraging.

But yes, you guessed it. I'm starting a Patreon account. 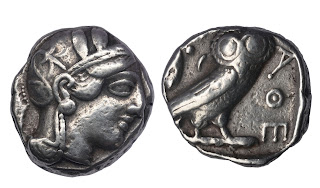 (I can hear you all the way over here.)


I'll be happy to explain.


Partly it's about breaking the stranglehold Amazon has on nearly all of us these days. Currently seventy percent of all books are sold through Amazon. That's...worrying. On a personal level, eighty percent of my sales currently come from Amazon or an Amazon-owned affiliate like Audible or Createspace. This total dependency is both frightening and frustrating--for a lot of reasons. Amazon controls everything: visibility, pricing, distribution, who is permitted to review my work, and whether or not I'm allowed to do preorders. They control my royalty rate; if I'm willing to be exclusive to Amazon, I get a higher rate on many foreign distributors. If I refuse to give exclusive rights (and I do), I pay for it with lessened visibility and lower royalties.

Amazon controls both my creative output and how I'm allowed to interact with my customer base.

Remember how when Amazon swallowed up Audible and dropped the royalty rate from 50-90% to a flat 40%? Well, a few weeks ago Amazon "mistakenly" posted a revised royalty schedule for authors that indicated some authors would be seeing a twenty percent reduction in the royalties they're paid monthly. This unplanned reveal on Amazon's part brought home to me how really vulnerable my position as a freelance artist is. I didn't sleep that night. Or even the following night--despite reassurances from Amazon that the posted royalty rates were just a mistake (that was a whole lot of website coding to have happened by mistake).

Make no mistake, Amazon is about to change the publishing paradigm yet again--and I don't believe this change will be driven by doing what's best for authors or literature.

But my decision to set up a Patreon account isn't just about Amazon. The main reason is to give myself some breathing room. Again and again the pressure to produce something ANYTHING by a certain date has resulted in juggling projects or paring down the original scope of a work or not writing things at all because I know they won't be as lucrative as something else. This publishing environment is NOT conducive to producing the best work. It's also not conducive to a healthy and creative life.

I'm fortunate in that I actually am able to earn my living through my writing--I don't forget that for a moment--but it's not a steady income and there's absolutely no safety net for those periods when I'm ill or running behind schedule. I'm afraid to commit to hiring a full-time assistant. I don't dare take extra time for long-dreamed-of projects like a video series on writing male/male mystery. I can't do anything but write...and when I fall behind in the writing (which has been the situation for the last two years) I feel paralyzed, overwhelmed... sometimes even unable to write.

My goal in setting up a Patreon account is to take back control of my creative life. I've tried to come up with a lot of hopefully very cool rewards for every level of patronage--stuff that would be fun for you but also useful for me in crafting stories or in my marketing campaigns--but the real return on your investment is more and better books from me.

To find out more, check out my Patreon page here.
Posted by Josh Lanyon at 1:00 AM