Coming OUT with a New Book! 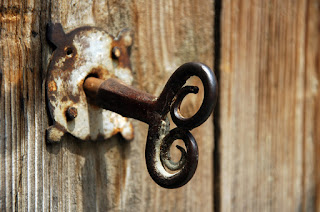 This is the blog post I kind of hoped I wouldn't have to write because I really did believe in my heart that the M/M genre had surely moved past this kind of nonsense.

But I have been wrong before. And will no doubt be wrong again.

So here's how this will work. First off, I haven't read all the dramatic, finger-pointing posts about OH MY GAWD!!!! JOSH LANYON IS A CHICK!!!! And I'm not going to. I can guess what they say--pretty much what these same people have been saying for years (yes, nearly a decade now). I'm not interested. Honestly.

And as much as I would like to respond individually to the outpouring of loyalty and support...my God. I'm overwhelmed. Genuinely overwhelmed. And deeply touched. And in the middle of packing. So I'll write my piece for those who are genuinely confused or hurt but I will not open it up to comments because it would get crazy and I won't be here to monitor it.

I'll leave the post up during the weeks while I'm away and then we'll get back to business as usual upon my return.

Like I said, I'm not reading the AH HA!!! DIDN'T I TELL YOU!!! posts but I can guess at the venom and vitriol. I honestly think some of these folks are more pissed off than ever because I lowered the veil.

Why did I lower the veil? Why now? Because it's time. Because I'm comfortable with the idea now. And, while I don't mean to be unkind or rude, my reasons for wishing to conceal my offline real life identity remain my own business.

A bit of historical perspective for those of you relatively new to the genre. Several years ago Jane at Dear Author speculated in a blog about whether I was female or not. The wise and funny Teddy Pig took issue--and that triggered a huge, wearying debate about women using male pen names, blah blah, blah and I said repeatedly in the huge thread of comments (which I don't have time or energy to track down, but I'm sure it's all still there) that I refused to state my gender, that it was irrelevant.

Which I believed and continue to believe.

Had I wished to make life easy for myself, I could have simply answered, Hell yes, I'm a man. How dare you question me? Etc. No one could have proved otherwise and that would have been the end of it. The years of gossip and rumors and speculation were fueled by my steadfast refusal to state whether I was male or not. Which...for God's sake. THAT WAS THE ANSWER RIGHT THERE. Right? Certainly for most people that was the answer right there.

Anyway, old timers have known The Secret for years--one of my former publishers has made a point of "outing" me at every single GRL--but there are so many new faces in M/M that I guess this week's revelation does come as news for some.

Anticipating the complaints/objections/criticisms to my use of a male pen name:

1 - It wasn't just a pen name, you pretended to be a gay man

2 - It's about assuming a queer identity in order to give yourself  "authenticity" so you can sell more books.

This one has always fascinated me. I am a woman therefore you automatically assume you know my sexual history. Really? You assume too much. Here's the relevant point. I am currently happily 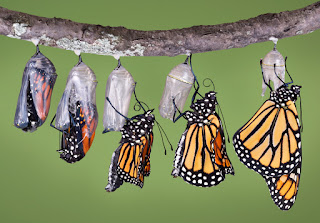 married to a wonderful guy. Everything else is moot. And none of your business.

As for the 2.1 part of this question, the ever popular bit about cashing in on the booming market for gay fiction. LOL. There was no "booming market" when I started writing gay fiction. I wrote and published for years and made no money at it. Is someone seriously suggesting I should have stopped using my Josh Lanyon pen name the minute the market became lucrative because...huh?

In what faraway, distant realm of publishing do these people live? I worked hard to build my brand--and that brand consists of writing mainstream-quality mysteries and being attentive and responsive to my readers.

I make money writing mainstream fiction too. I could have focused on that brand just as easily and been even more successful. I was on that path. But I prefer to write M/M fiction. At least for now.

3 - It is not misogynistic to speculate about someone's gender if they are really female and trying to sell books under a male identity. (Or something equally convoluted.)

Well, yes. Actually, it IS. The saddest part of this is that a great deal of the misogyny comes from other women within the genre. Male writers frustrated because they believe female writers have created a false expectation in the M/M audience...I get that. But these guys still don't understand that this genre evolved from a different literary tradition and the expectations and tropes were already in place when M/M became an actual marketable genre. You take away the HEA aspect and you lose your market as well.

But I also understand that not everyone is going to agree with me on this. So let's agree to disagree.

Are there other points of criticism and contention? Probably.

Look, nobody outed me. Or at least, no more than usual. I chose to drop the veil. I've been planning this for a long time. Which means I was prepared for the hue and cry. I won't deny that I hoped for a little more civility and sanity in certain quarters, but overall I've met with humbling support and kindness.

These are the facts. Make of them what you will.

Frankly, the people who have disliked me for various reasons for a long time now feel justified in that dislike, but I doubt they are saying anything aloud that they have not whispered behind my back.

I'll leave the rest of you to decide for yourselves.

Here I'm going to reverse myself and add one final thing. A number of people have mentioned feeling hurt because I didn't share the truth--or foolish because they didn't guess it. My intention was certainly never to hurt anyone. The fact that I wasn't in a hurry to unleash the flood we saw today pretty much explains itself.  But as for not trusting people...it wasn't that I didn't trust my online friends. It's that I don't trust circumstances. It's very hard to keep a secret and the more people who know, the harder it is.

I expected the bullshit. What I did not expect, what overwhelms me now is the kindness and support I've received over the last few hours. Thank you--each and every one of you--sincerely for that.

As a good friend of mine is wont to say...YOU GUYS ROCK.
Posted by Josh Lanyon at 11:33 AM