PLEASE GIVE ME MONEY!!!! 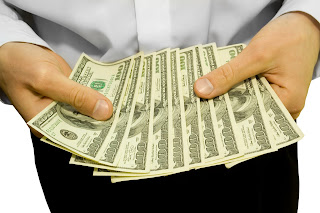 No, but seriously, I want to hear the "normal" reader reaction to this idea.

I was talking to a reader the other day about turning Fatal Shadows into a graphic novel, and I mentioned Kickstarter and he mentioned  Patreon. That was the second time in three days I'd heard of Patreon. I'd previously read a post by an author relatively well known in our genre, and X made an interesting argument, although I was still doubtful about how it would all work.

It's nothing new in the arts. in fact, as time-honored ideas go, patronage of the arts is right up there with chopping thieves' hands off and hanging pirates. Oh, and burning witches (which I used to get a lot, by the way). :-D And group patronage would be the best option given how few dukes are left with money for the arts burning a hole in their pockets.

Is it the new reality? Is it the future? For some artists--musicians certainly--it is the fiscal present.

Not that there's anything wrong with that. And I'm sincere about that--an album, unlike a book, costs a horrendous amount of money to produce (as in, if there are authors out there spending a minimum of 20K to put a book out, we need to chat.)

Confronted with such publishing realities as B&Ns dwindling ebook sales, Audible's reduction in royalties, Kindle Unlimited, Scribd's decision to cut romance titles (too many romance readers are not cost effective!!) etcetera and etcetera.

Where are we headed?

I honestly don't know. I'm taking this one step at a time, one year at a time. And I wish I was saving more.

At this juncture, it would be very difficult for me to go back into the regular workforce. But should the fiction market go away (HUH?!) I could switch gears and do ghost writing, non-fiction...I got mad typing skilz, let's put it that way.

The gathering funding for a specific project makes more sense to me. I'm not sure whether readers would really get behind the idea of recurring funding.

Oh, and for your edification, here's an article discussing the difference between Kickstarter and Patreon.

What is your feeling in general on this idea? I'm interested in hearing from both authors and readers on this one.