I guess this is cheating a bit, but I'm filling in for the blog I should have written with a two-part interview I did with the charming and thoughtful Dieter Moitzi for his blog livresgay.fr 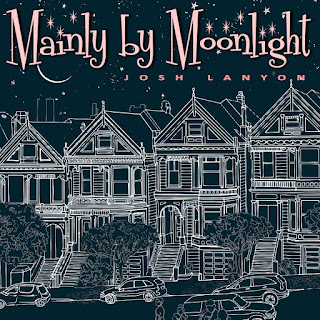 I've mentioned before how useful I find playlists when I'm working on a book. Part of it, of course, is simply music = emotion, and staying "on key" emotionally for the length of a book can be tricky, especially if the book is long or you're writing in such prolonged stretches that you begin to cue off what you wrote recently versus the beginning of the book.

What's really interesting though, is when the playlist begins to feel out-of-sync with the emotional tone of the book, and that's actually what happened here!

Here's the original playlist for Mainly by Moonlight.

Now, a lot of the songs--"Lift Me Up," "Are You Strong Enough to be My Man"--didn't change. Those still feel perfect for the book. But others--"American Witch," for example--began to feel too dark, too ugly for how I wanted this book to read. The deeper I got into the story, the more playful and whimsical it felt.

And then there were points like...why would I have Bryan Ferry's version of "I Put a Spell on You," when John adores Nina Simone?

I Put a Spell on You - Nina Simone


Lift Me Up - OneRepublic 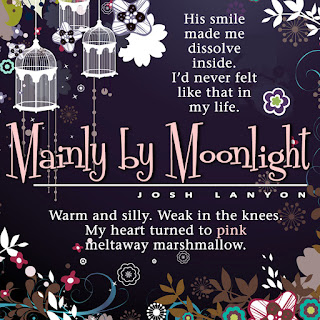 
What if I Told You - Jason Walker


Your Hand I Will Never Let it Go

Posted by Josh Lanyon at 1:00 AM No comments:

Email ThisBlogThis!Share to TwitterShare to FacebookShare to Pinterest
Labels: Bedknobs and Broomsticks, Mainly by Moonlight, playlists

I had mentioned a while back that I had licensed Fatal Shadows to be the first LGBTQ offering for the Moments: Choose Your Story mobile game--which is especially cool, given that we're coming up pretty fast on the 20th anniversary of the Adrien English series.

So anyway, I also ended up writing a lot of the game (yeah, I know what you're thinking!). It was very interesting--even fun--especially once I got the hang of it--I love that kind of creative challenge!

Now, it's definitely an AU version of what could have maybe happened in Fatal Shadows. While it is a Choose Your Own Adventure kind of story, it's not like Stranger Things Have Happened. If you've played the game, you know what I'm talking about. ;-) 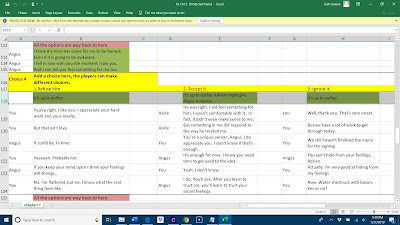 I don't know how it plays if you don't already know the characters and the stories. Hopefully, it's entertaining.

You can only play it on your phone (mobile ap) and I believe it can be purchased through Google Play or iTunes.

WHERE DO YOU GET YOUR IDEAS: Mainly by Moonlight (Bedknobs and Broomsticks 1) 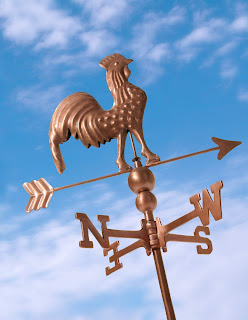 One of the questions authors hear most often is Where do you get your ideas? And of course, it's not (usually) always going to be the same answer. It's typically going to depend on the project. But anyway, I thought I'd start sharing the inspiration for my new books here on the blog, lest this devolve into nothing more than a calendar update. ;-)

So here we go, starting with Mainly by Moonlight.

It's probably not a surprise that I have a great fondness for witches and witchcraft. They make the occasional appearance in my stories (Strange Fortune, The Hell You Say, etc.) but for a long time I've wanted to make a witch my actual protagonist.

Like a lot of my readers, I grew up watching Bewitched, but even as a kid I had a couple of problems with it. For one, it was a comedy, and believe it or not, I pretty much hate comedy. I know, right? I mean, obviously humor figures a lot in my books--as well as in my real life interactions--I prefer my characters to have a sense of humor (in fact, keeping their sense of humor toned down is more the issue), there are plenty of comedy movies I love, but TV comedy--sit coms and the like--have never been my thing. I like mysteries, I like murder. That's really pretty much it for me. I like it in my reading and in my viewing.

But the bigger problem with Bewitched is Darrin. Darrin is such a dolt. Now that I'm an adult, I can see he had his good qualities, but yeesh. Why on earth would Sam marry someone like that? Let alone be SO besotted? (an echo of Cosmo's adoration of John perhaps?)  Darrin was such a stick figure that I only noticed a couple of years ago that at some point they changed the original actor out for a clone. (But actually, that's okay--for the record, I much prefer changing an actor to killing a character off.)

Anyway, I've wanted to do a romantic witch mystery (with comedic elements) for some time, but my fantasy and spec fiction don't tend to do as well as my contemporary mystery and crime stuff, so the question was one of timing. When is a good time to write a trilogy (series?) that might be entirely for own amusement?

Well, two things made me feel like now was a good time: the popularity of witches in mainstream mystery (even cozy mystery) AND my need to write something new. Something that didn't involve federal agents (as much as I love federal agents--and, hey, I'll be starting a new FBI trilogy next year!) or cops or writers/artists/teachers/librarians who sideline as amateur sleuths.

But a police commissioner? Yes. A bookseller/antiques dealer who is also a witch AND an amateur sleuth? Completely different. :-D

You see how this works?

The second big influence in the Bedknob and Broomsticks trilogy (series?) is the old 1970s crime drama (crime drama????) McMillan and Wife. Talk about a major influence on my formative years! I loved everything about that show, from Sally's football jersey sleep shirt and vintage car to handsome, solemn Mac's indulgent (occasionally paternalistic) adoration of his way younger wife.