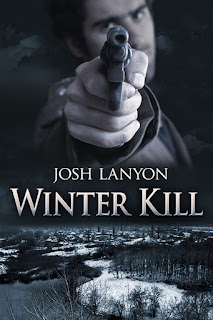 We said the official launch day was June 1st coz we're sneaky that way. Winter Kill actually released May 31st.

Yes, it's out! And to think they all laughed when I sat down to play the piano!


Clever and ambitious, Special Agent Adam Darling (yeah, he’s heard all the jokes before) was on the fast track to promotion and success until his mishandling of a high profile operation left one person dead and Adam “On the Beach.” Now he’s got a new partner, a new case, and a new chance to resurrect his career, hunting a cruel and cunning serial killer in a remote mountain resort in Oregon.

Deputy Sheriff Robert Haskell may seem laid-back, but he’s a tough and efficient cop, and he’s none too thrilled to see feebs on his turf—even when one of the agents is smart, handsome, and probably gay. But a butchered body in a Native American museum is out of his small town department’s league. For that matter, icy, uptight Adam Darling is out of Rob’s league, but that doesn’t mean Rob won’t take his best shot.


They were silent as they reached a spill of rocks.
“You think Tiffany had a crush on Bill, and maybe Bill didn’t know about it?” Rob was watching Bill. As though feeling the weight of Rob’s gaze, Bill glanced over at them. Rob nodded at him in greeting.
Self-consciously, Bill nodded back.
“He may or may not have known about it,” Adam said. “I don’t think he gave her that photograph. You have a scenario where she wants a photo of him—assuming it wasn’t the Watterson kid she was interested in—but doesn’t have access through the normal channels.”
“Access through the normal channels,” Rob said wonderingly. “Is that FBI-speak? Whatever happened to simple English? You mean she couldn’t ask him so she snagged it from somewhere else?”
“Correct.”
“Possibly the target of her emotional interest was not equally engaged and experiencing reciprocity?” Rob suggested.
“Oh, shut up,” Adam said.
Rob laughed. He patted Adam on the back and dropped behind to speak to a couple of volunteers who were starting to lag.
Bill was looking his way again. Adam nodded politely. He didn’t blame Constantine for feeling uncomfortable. Even innocent people started acting paranoid when they came under the scrutiny of law enforcement.
“Do you think we’ll find her?” Bill called.
“We’ll do the best we can,” Adam replied. Equivocation was a big part of the job description. Don’t make promises you can’t keep. That was one of the lessons they didn’t teach you at the Academy. You learned it facing the bereaved families of the victims you failed to save.
“We’ll find her,” Buck Constantine said grimly.
His son didn’t look reassured.
“Let’s try and keep this line together,” Rob directed. “We want to be sure that we’ve covered every inch of ground in our sector.”
Everyone assented. They were losing volunteers from their eight-member team. The terrain was too rough, and people were starting to say aloud what Adam privately thought: that there was no way Tiffany had come this far. Not at night. Not in the pitch dark.
Regretfully, apologetically, some of the older and less fit searchers were turning back. Rob’s radio crackled into life and he stopped to answer it.
He whistled sharply. Adam glanced back and Rob waved to him.
Adam turned to start back down the slope. The combination of snow on pine needles didn’t provide much purchase for the soles of his hiking boots. His right foot slipped, the rocks under his left foot crumbled away, and the next thing he knew, he was crashing face first down a ravine.
Somewhere in the distance he could hear Rob yelling. It happened so fast Adam didn’t have time for much more than a gasp—mostly of disbelief.
“Shit!” His landing knocked the wind out of his lungs and cut short his protest. Brush and snow softened the collision, but he saw stars. His ears and nose seemed stuffed with snow, and for a few dazed seconds he feared he was going to smother.
“Adam? Adam!” Rob’s voice floated down to him. He sounded as short of breath as Adam.
Adam rolled onto his side, heaving in a mighty lungful of oxygen. Pain flashed along his ribs, and his gloved hand hurt where he had smacked it hard on a rock.
He wiped snow off his face. A few glittering flakes stuck to his eyelashes. “I’m okay,” he croaked.
“Are you okay?” Rob yelled.
“Great!” Adam yelled with more force. Fucking fantastic. Why do you ask?
He looked up. The ravine was not nearly as deep as it had felt like when he’d fallen down it. Maybe twelve feet. At most. Rob was kneeling at the edge, gazing down at him, eyes wide in his alarmed face.
“Don’t try to move. I’m coming down.”
Someone ought to tell Rob how great he looked in that vaguely western style sheriff’s deputy hat. Then again, he probably knew.
“No. I’m okay. Stay there,” Adam called. In fact, he felt okay enough to be mostly incensed with the whole situation. What the hell was it that people loved so much about the great outdoors? It was just one fatal accident after another waiting to happen.
Other heads were popping up alongside Rob as the rest of their search team arrived. He began to receive unsolicited advice on how to climb out even as Rob cautioned everyone to stay clear of the edge.
Adam sat up, and the brush and snow he had mistaken for the floor of the ravine gave way. He dropped another foot, landing on his tailbone in a pile of rocks and rubble.
That hurt and he swore loudly.
“Adam?”
“Still here,” Adam yelled.
And he wasn’t the only one.
He sucked in a sharp breath. Not rocks and rubble. Or not only rocks and rubble. He had landed on the rotting remnants of an old backpack.
“Haskell, you better get down here,” he called. He got to his knees and crawled forward.
The outcrop of boulders and tree roots and brush made a nice dry, sheltered recess, and in that recess was another pile of rags. Rags and scattered bones. A skeleton.
Heart thumping, he sat back on his heels. Hollow, empty eye sockets met his own. 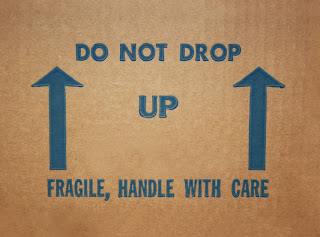 Not much to say this morning beyond THE HOUSE IS OURS!


Thanks to the diligence of our loan officer we signed after-hours on Tuesday evening, the loan funded on Wednesday, and the title was recorded yesterday. Last night we started moving in.


And we are very, very happy.


It even rained yesterday evening. Our first rain in our new home. A good omen if there ever was one.


As happy as we are, I still have a book due, so we'll be working around my writing schedule next week. But for the next two days it is all house all the time. :-)  Today we're measuring for drapes (I don't like blinds in a bedroom) and checking out paint colors (the house has red accent walls and I'm thinking a warm ivory will be more harmonic) and I'll be setting up my office.


The last book I will write in our current house is Winter Kill. And the first book I write in the new house will be Jefferson Blythe, Esquire.


Is it strange that part of how I remember places I've lived is by remembering what books I wrote there?


Part of the purchase price of a new home is the fact that it closes the door on certain avenues. But it also opens a new chapter in your life, and this is something I've been longing for since the start of the year. CHANGE. New directions. So as the extra-wide door swings open on this house, it also swings open on new possibilities.


I am nervous and I am thrilled.


And I am having trouble getting photos of my phone. So I will leave you right here as I go to fill boxes of books and office supplies. So MANY books. :-)


Have a wonderful weekend! And look to your own doorstep.

Just signed a contract with Carina Press for two new projects for 2016.


You know what's coming. Right? ;-D I don't need to tell you anything more about this one?

A vacationing librarian must solve the murder of fellow tourists when someone begins picking off members of a gay bus tour traveling through the scenic highlands and islands of Scotland.

I believe I mentioned elsewhere that LB Gregg and I plan to take Scotland by storm in October. Well, I don't travel anywhere that it doesn't inevitably turn into a book. Though happily so far I have not been involved in any real murder investigations.

And I would like to keep it that way!