Ridge and Tug from JUST DESSERTS 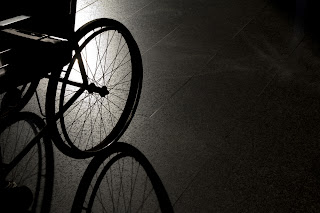 It was a good thing Ridge was mighty fond of Tug or he’d probably have killed him by now.


As it was, it had been touch and go for a little while that morning. But killing your lover on Christmas morning was so…so…heterosexual. Ridge had exerted superhuman strength and managed to refrain from conking Tug over the head with the nearest Yule log.


Ridge knew he was behaving like an ass. An all expense paid holiday trip to ? A four-course meal and performance by burlesque icon (if you paid attention to such things – which Ridge did not) Scarlett James at Old Montreal’s Hotel Nelligan on New Year’s Eve? And they’d be staying at the Hotel Nelligan as well, so no hassling with snow and crowds and transportation for Ridge.


Tug had every right to expect his wonderful gift would be appreciated.


The Hotel Nelligan was just the kind of place Ridge loved. Used to love. The perfect mix of and modern convenience. Tug had burbled about the comfy beds and spa tubs big enough for two and rooftop dining on French cuisine.


He didn’t mention disabled access, but that went without saying.


Tug had talked and Ridge had gotten quieter and quieter until Tug had finally stopped talking and said uncertainly, “You don’t--?”


“No, I don’t,” Ridge had snapped out and rolled his chair away from all the candy cane and tinsel Christmas cheer of the front room, down the hall – newly renovated to accommodate his wheelchair – and out onto the deck that overlooked the ocean.


There he had sat, freezing his ass off while the wind churned the water into white caps and blew a wet salty spray into his face.


Tug did not come after him, which meant even Tug knew how much Ridge was in the wrong this time.


Well, it surely couldn’t be that much of a shock to Tug, who had been dealing patiently with Ridge’s moods and outbursts all through the autumn and now through the winter. Even Tug with his unfailing good nature and powerful sense of humor had to know by now what an ungrateful, selfish shit Ridge was.


But why did Tug have to keep pushing him? Why couldn’t he just accept that Ridge didn’t—couldn’t— 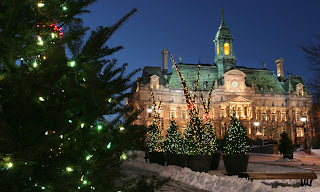 The French doors opened and Tug came out onto the deck. “You still mad at me?”


Ridge glanced at him, struggled inwardly, and admitted, “Mad at myself.”


“I shouldn’t have sprung it on you like that.” Tug leaned against the railing so that he was facing Ridge. The cold wind ruffled his fair hair and turned his nose pink.


He looked awfully cute and awfully repentant, which should have been a relief— it gave Ridge the upper hand in any negotiations that might follow—but mostly what Ridge felt was guilt. Because Tug wasn’t wrong. Ridge was.


Ridge said impatiently, “Why shouldn’t you have? It was a nice gift. A lovely gift. I never had such a nice gift.”


Tug’s eyes brightened, his cheeks flushed with pleasure—or maybe that was the cold again.


Tug's relief encouraged Ridge, though he was afraid to examine why, to go even further. “I used to love that kind of thing.”


“I know. You will again, honey,” Tug promised.


Ridge shook his head. “I don’t want to travel like this.”


Ridge looked away and nodded.


He expected Tug to give him the usual pep talk, but this time Tug didn’t say anything. When Ridge looked back at him, Tug said with uncharacteristic gravity, “All right then, honey. We won’t go to . We won’t go anywhere. We don’t have to travel to have fun together. We don’t have to do anything that makes you uncomfortable.”


Ridge stared at Tug and Tug gazed right back at him with those big guileless blue eyes.


He stared at Tug. Tug stared back at him.


“We’ll always do just exactly what you want,” Tug assured him.
Ridge opened his mouth to object. Of course he didn't want--or expect--that much captitulation.
Tug persisted, “But can I tell you what I want most for Christmas?”


A tiny doubt took root in Ridge’s mind. It bloomed into suspicion as Tug’s boyish face creased into a lopsided but mischievous smile. The funny thing was, Ridge didn’t mind.
He didn’t mind at all.