Vic and Sean from UNTIL WE MEET ONCE MORE 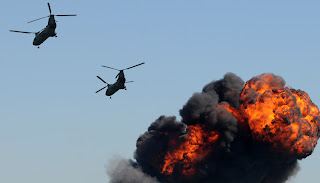 “How’d it go?” Sean asked, opening the door to  Vic’s knock. He kept his voice down, so the old lady, Sean’s Aunt Miriam, was in bed. That was a relief. Vic had just about had his fill of female relations that night, though Aunt Miriam was practically another species from his own mother.


“It went the way you thought it would.” Vic removed his scarf, shrugged out of his wool coat. Sean took them, limping over to the coat closet and hanging them neatly. Aunt Miriam was as fussy as a Fleet Admiral about keeping things shipshape.


“You okay?” he asked over his shoulder.


Sean nodded toward the sitting room and they moved silently down the hallway.


There was a fire going in the hearth and a decanter of whisky on the table next to the arrangement of holly and candles. Vic flung himself down on the horsehair sofa while Sean poured out a pair of stiff drinks.


Sean watched Vic toss his back and said, “So we’re right where we were before you went to see her. No harm, no foul.”


Vic threw him a dour look. “She actually asked me what the point of my military service was if I was just going to throw away my brilliant career in politics.”


Sean laughed. They both looked guiltily up at the ceiling with it’s broken ceiling medallion. But not a creature stirred. Not even a mouse. Though the old house probably had plenty of them.


Sean remarked, “I didn’t realize you had a brilliant career in politics.”


“Neither did I. Apparently I could have if I wanted it – provided I don’t throw it away.”


Sean snorted. Vic looked up out of his gloomy preoccupation long enough to be glad that Sean wasn’t taking this personally. It wasn’t personal, that was the weirdest thing about it. It should have been personal.  The question of who her only child intended to spend the rest of his life with should have been of personal interest and importance to Abigail Stone.


“She actually said she didn’t see the point of my military service if I wasn’t going to use it as a springboard for the future.”


Sean’s brows rose. He took a thoughtful mouthful of whisky. “Sort of missing the point, isn’t she?” he asked mildly. He had a right to ask, having nearly given his life, not to mention his leg, in the service of his country.


Vic shook his head and finished his drink. Sean leaned forward and refilled his glass.


“Look, Stoney,” he said crisply, “I know you’re angry and disappointed, but the fact is, we’re no worse off than we were.”


“That money is mine. She has no right to block me from my inheritance.”


Sean shook his head. “You’ll get it eventually. In the meantime I’ve got my savings and my disability. We’re not going to starve.”


Vic winced inwardly. His own retirement pay was negligible as he’d chosen to retire after a measly twelve years. At the time he’d made the decision he’d had plenty of options, though politics had not been one he’d seriously considered. “That money could make a big difference to us.”


“Yeah? Well I for relieved I won’t have the Manchurian Candidate’s mom for my mother-in-law.”


Their gazes met and after a long instant, Vic grinned. “True, right? Why the hell are you sitting over on the other side of the room?”


Sean rose and came around the low table to join Vic on the lumpy sofa. Vic put his arm around Sean’s broad shoulders and pulled him closer still. “Ah hell. I know we’ll be okay. I just wanted to…”


“Keep me in the style to which I've never been accustomed?” Sean was laughing at him now. 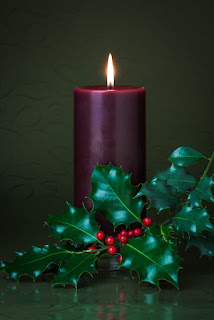 
The clock on the bookshelf began to chime. Twelve lazy, silvery chimes. .


“Merry Christmas,” Sean said. He touched his glass to Vic’s.


“Cheers. Anyway, Mother made a point of saying she had nothing against you personally. She always thought you were a nice boy.”


“And if we wanted to see each other on a regular basis, she couldn’t see why anyone would—could you stop laughing?” But Vic was laughing too now, reluctantly. His arm tightened around Sean. Maybe Sean was right. It was only money after all, and he’d gladly have given every cent he ever earned to have what he had at this very moment: Sean alive and well and in his arms.


Sean stopped laughing and said, “Hey, if it makes things easier for you, we don’t have to move in together right away. We could—”

Email ThisBlogThis!Share to TwitterShare to FacebookShare to Pinterest
Labels: Christmas codas, holiday romance, until we meet once more