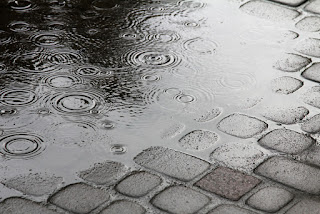 Christopher and J.X. from the HOLMES & MORIARITY series


It had rained every day since I arrived in . It’s not that I particularly minded the rain, but the wet, gray weather didn’t do a lot for my mood – or for the headache I’d had ever since the plane had touched down on the tarmac at .


He looked sympathetic – he had been looking sympathetic for three days, so he was probably starting to run low on milk of human kindness, though you’d never guess from the soft look in his dark eyes. “Maybe you should call your doctor? Ask for a prescription for your migraine medicine.”


“We could stop and fill the prescription on the way.”


“It’ll be impossible to get hold of anyone today.”


“You should try at least. You don’t want to have the day spoiled by a migraine.”


I felt a little guilty at the white, relieved smile that greeted my words. Of course, what I was thinking was that nothing, not even a raging migraine, could make this disaster of a day worse than it was. Or would be.


It was my own fault. I’d wanted to see J.X.  We’d only had one chance to get together since the murderous events at Blue Heron Lodge, but picking Christmas weekend was a bad move. Our relationship – could you even call something this new, this tentative a relationship? – was not ready for the weight of all those expectations and comparisons that inevitably came with the holiday season.


Not that our beginning romance – could you call something this new, this tentative a romance? – would necessarily fare badly by comparisons to what holidays had been like with David, my ex.


If it had just been me and J.X. it might have worked out all right. But no. We were spending the day with his family. His parents and his nephew and his ex-wife. J.X.’s ex-wife, not the nephew’s. The nephew was just a kid. Six or seven or something. And the ex-wife was because J.X. had felt duty bound to marry his dead brother’s pregnant girlfriend in order to give the kid a name. It just didn’t get more soap opera-ish than that.


That’s what worried me. I’d already disappointed him once. You only got so many chances with idealists.


“That would make me feel even worse!” I looked past him to where his four year old nephew was peeking around the hall corner. The kid looked like a miniature J.X. minus the van dyke beard. Gage stuck his tongue out at me. I took the high road and ignored him, saying to J.X., “I don’t want to take you away from your family.”


The family that hated me on sight.


“Yeah, but the idea is for you and me to spend the weekend together.” 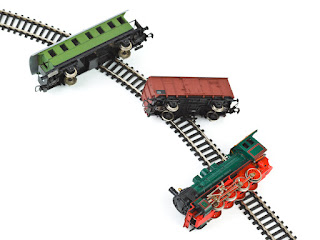 
J.X.’s brows drew together. He opened his mouth.


Laura Dolores Moriarity was of Castilian Spanish descent, an icy blue-eyed blond. In looks, J.X. took after his father who was what they used to call “black Irish.” Mr. Moriarity was pleasantly distant. Then there was Nina, who was both pretty and pained. Maybe J.X. thought that marriage had all been platonic on her side, but he was the only one who did.


The only comfort was that they probably would have hated me just as much if I’d been female. But I don’t think being the gay boyfriend helped.


“Be right there,” J.X. said over his shoulder.


Laura raised an eyebrow and departed.


“Kit, are you going to be there when I get home?” J.X. asked bluntly.


“The thing is,” I hedged apologetically, “I’m afraid I’m coming down with the flu. I think maybe the best thing I could do is grab a red-eye flight and go home.”


“Kit.” I felt that dark, hurt look right in my solar plexus.


“Julian? Gage is hoping you’ll help him put his train se—oh.” Nina hastily backed up and disappeared around the hall corner.


The door bell rang. “That’s my taxi,” I said, and I don’t think I could quite hide my relief.


“To hell with the taxi,” J.X. said. “Don’t go like this, Kit. Let me drive you back to my place. Maybe you’ll feel better if you lie down. At least we can talk.”


“I wouldn’t think of it!” I said honestly. I dragged on my coat and fumbled with the door handle almost shaking it to get it open. “I’ll call you!”


“Kit!” I closed the door on his protest and ran down the rain slick steps to the waiting taxi.