Today is a very special holiday treat. LB Gregg, Harper Fox and ZA Maxfield are all writing Christmas codas for their characters from the His for the Holidays anthology. Just follow the links to see what everyone is up to one year later. 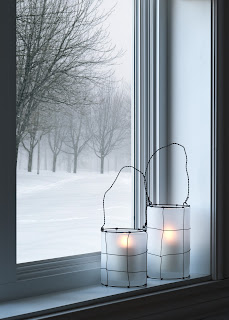 Noel and Robert from ICECAPADE


Robert stood beside the bed cradling a yellow mug of coffee in his big hands.


“Tuesday. Merry Christmas,” Robert replied. “How do you feel?”


Noel sat up very cautiously, prepared for that dismaying, sickening swoop of giddiness that had defined the last feverish week.


Thank God. Thank you Baby Jesus. And Father Christmas and Grandfather Frost and the Snow Maiden and anyone else who might have had a hand in this Christmas morning miracle. He was okay again. The vertigo had passed. He could sit up without falling over. He could smile reassuringly at Robbie and reach for his coffee without spilling a drop.


“Happy Anniversary,” he said in a flu-raspy voice. He cleared his throat, took a mouthful of coffee.


Robert sat down on the edge of the bed. He wore his wool plaid bathrobe and he was already shaved, his dark hair neatly combed despite the fact that it was in the morning. Noel liked to tease him about sleeping in a suit and tie, but it wasn’t quite that bad. Although maybe it had been back when Robert was Special Agent Cuffe.


“I thought our anniversary was New Year’s Eve?”


Noel shook his head. Barely a twinge of dizziness. He really was on the mend. He smiled widely at Robert. “No. Last Christmas Eve was when we really got together.” He took another sip of his coffee, tasting the bite of whisky and the sweetness of Bailey’s. Deja vu. A year to the day.


Robert watched him and observed, “True.” He added, "You look a lot better. You certainly sound a hell of a lot better."


Noel made a noncommittal noise and hid his face in the oversized mug. Flu for the holidays was bad enough, but he’d developed an inner ear infection that had literally knocked him on his ass. He hadn’t been able to sit up without help or take three steps without hanging onto Robert for support. It had been up to Robert to take care of everything, including running the stables. Something he knew nothing about and cared for even less. Noel had been as helpless as a baby perched precariously on a spinning ball, and that feeling of powerlessness had culminated yesterday afternoon in something that had probably looked all too much to Robert like a bout of hysterics. Robert had dealt with the tears -- which had been embarrassingly more like sobs -- as coolly as he'd dealt with everything else that week. He'd held Noel, told him he was okay, he was going to be fine, that it was just the fever making him feel like he’d reached the end of his rope.

Noel wouldn't have blamed Robert for packing his bags and hightailing it after that. But no. Here he was, shaved and combed and calm as ever.


The ironic thing was the flood of tears had seemed to open Noel's sinuses or maybe the antibiotics were finally working their magic. Whatever it was, by last night he’d been able to turn over in bed without feeling that the bed was rolling over on him. And today…Noel felt almost back to normal. 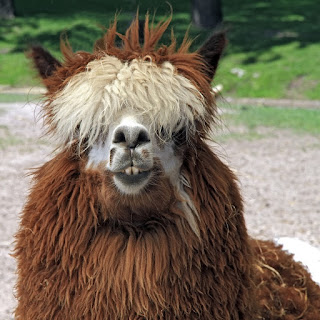 But poor Robbie. What a shitty holiday season for him. Noel risked a look.


Robert, as grave as ever, said, “Want to see what Santa brought you?”


Noel stepped into his slippers. Robert brought his robe and Noel shrugged into it. He didn’t need help to walk anymore, but he was still surprised and grateful for the warm hug that went with the robe. He hugged Robert back so fiercely he nearly knocked him off balance.


Noel muttered, “Sorry for this. I didn’t even have a chance to pick up your Christmas present.”


“I don’t care about presents.”


“I know you do.” Robert sounded amused. “Don’t worry. Someone obviously thought you were a good boy this year.”


No lie. There was a landslide of gaily wrapped parcels beneath the ten foot tall silver spruce tree dominating the front parlor. The fireplace was ablaze and crackling. A tray with more coffee and pastries sat on the table before the sofa. Noel could smell the wonderful aroma of roasting turkey from the kitchen.


“You did all this?” Noel sat down heavily on the sofa. He couldn’t believe it. He couldn’t have done a nicer job of preparation himself. It was all the more touching because he knew Robert didn’t give a damn about the trappings of Christmas.


Robert had done all of this for Noel.


“You okay?” Robert frowned. "Maybe you shouldn't be up yet."


Noel shook his head. Found a napkin on the breakfast tray and gave his nose a good hard blow.


“You want some more coffee?”


“I know. The owner of White Rock Farm called when you didn’t show up to pick up the horse.”


Noel met Robert's dark eyes. “You know, I thought last year was the best Christmas of my life, but this year is better.”


Robert made a sound that was somewhere between a snort and a splutter. “Maybe you are still feverish.”


Noel laughed too. “I think so.” But then honesty compelled him to say, “No. I know it sounds…it’s just…I’ve never had anyone. To depend on. Like this.”


“Yeah.” Robert poured himself a cup of coffee. “I know.”


“I never wanted to depend on anyone.”


That wasn’t how Robert Cuffe had grown up, though. He was the product of a loving family and a responsible job. He had lost both those things, but somehow losing them hadn’t changed him from the kind of person you could rely on, count on, lean on.


Noel had loved Robert Cuffe from practically the first time they’d met, but he wondered if he had ever really truly and completely understood him -- or even trusted him -- until last night.


He looked at the avalanche of presents beneath the tree and said, “I wish I had something to give you right now.”


Robert answered sounding genuinely amused. “You do. You have. You gave me the last year and you gave me today and you’re giving me all the days and nights ahead. You don’t really think a pair of cufflinks or even a new car would make me any happier than I am right now, do you?” 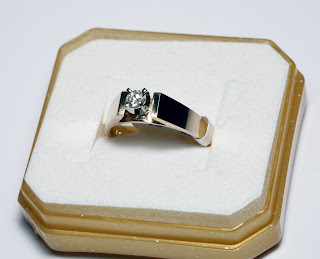 “For richer for poorer, in sickness and in health?”


A light went on in Noel’s brain. “Robbie,” he said slowly. “How do you feel about diamonds?”

Email ThisBlogThis!Share to TwitterShare to FacebookShare to Pinterest
Labels: Christmas codas, His for the Holidays, holiday romance, Icecapade