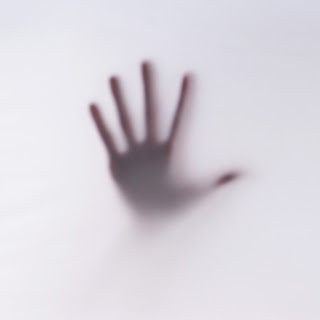 Sam and Rhys from A GHOST OF A CHANCE

“All you have to do is say yes,” Roger said.


We were the only two people sitting in the waiting room. There were chairs draped in dust covers and some back issues of Haunted Times and TAPS. I looked at the front desk. The receptionist smiled at me and went back to her filing.


“You’re curious, right?” Roger pressed. “This is the truth you’ve spent your life pursuing. You wouldn’t pass up this opportunity.”

“No,” I said slowly. He was right. Sort of. I was a history teacher by trade. The paranormal studies were mostly a hobby. A hobby I was passionate about, but not exactly my life’s work.


“That’s it? I don’t have to sign any paperwork? No…waivers?”


Roger laughed. “No. You just have to want it.”


“I see.” I didn’t though. Not completely. In fact…this was so weird. I couldn’t quite remember why I was there. It must have been Roger’s idea. But then that was sort of strange too because—


“You’ve been thinking about it a lot since Sam died.”

My heart seemed to stop. “Wait.” I could hardly form the word. I felt frozen, stiff. “Sam’s dead?”


Roger stared at me as though I were insane. “Rhys, Sam has been dead a year.”


“No. That can’t be.” My heart began to bang in slow, heavy beats. Cold sweat broke out over my body. “No. I would know.”


I shook my head.


“Rhys. What’s the matter with you? Sam died Christmas Eve. He was driving down from . You were going to spend the holiday together. There was an accident. He never regained consciousness.”


“Not this again,” Roger groaned. “You’re in denial because you never told him how you felt. You were too afraid to take a chance after C.K.  You feel guilty about it and so you’ve blocked it out.”

“But he must know. He has to know. It was just the words. I tried to let him kn—” I had to stop. I was going to be crying in front of Roger and his lab assistant in a minute. I pressed the heels of my hands to my eyes.


I lowered my hands and stared at Roger’s kindly face. His watery, near-sighted blue eyes gazed earnestly back at me. He smiled. I had never noticed how yellow his teeth were – or that he had such sharp incisors. In fact…


“Wake up. Wake up, Rhys. You have to wake up now.” Sam’s voice was raspy with weariness. “Rhys, I’m talking to you. You need to listen. Wake up.” That insistent tone was starting to hurt my head. He could be such an asshole sometimes.

Yeah, but life wasn’t fair. It wasn’t fair when he used that soft coaxing voice either. That voice that made me want to give him whatever he was asking for even when I knew it was probably a bad idea.


Instantly there was a confusion of bright light and noise. Chaos. What was happening? Something was really wrong. I couldn’t swallow. No. Worse. I couldn’t seem to breathe. There was a tube in my mouth, a tube filling up my throat and pushing air into my lungs while I was trying to exhale. When I tried to free my head, it hurt like hell.


“No, Rhys.” Sam kept me from clawing out the obstruction choking me. “Don’t fight it. Lie still. You’re okay. They’re going to take it out.”


Someone was holding my hand. A warm, hard grip. I squeezed back reassuringly. Took an experimental breath.


That was better. That was the way it was supposed to work.


I opened my eyes.


Sam was leaning over me. I could make out that big, familiar blur. I was lying flat on my back in a room that was not my own. Not Sam’s either. A hospital room. What the hell?


A rusty voice answered for me. “My…glasses.”


An electric silence followed this request, and then Sam said in a shaky voice unlike his own, “Your--? Yeah. Of course. They’re here somewhere. How the hell you didn’t break ‘em…”


My head hurt. My ribs hurt. My back hurt. I was taking slow, painful inventory as my glasses settled on my nose and Sam’s face and the room behind him drew into sharp focus.


Yes. A hospital. I was in a hospital bed. Hooked up to a bunch of machines. There was fake garland around the window and a miniature Christmas tree in a pot on top of a cabinet in the corner. And there was Sam, grim and craggy and so important to me that I couldn’t seem to hold all that feeling in my heart.


“I thought you…were dead,” I got out in that creaky voice.


“Me?” Sam’s face was so gaunt. His eyes glittered. He looked ill. No wonder I’d thought…but no. That didn’t make sense. Sam was okay. 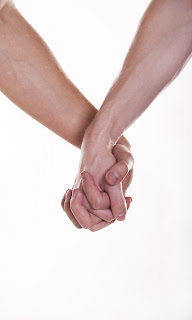 “You’re going to be fine now.”


“What happened?” It was tiring to talk. “An accident?”


He nodded. “You were driving up Friday night so we could spend the weekend together.”


I remembered. “I was staying. Through Christmas.” Our first Christmas together. Important. A turning point. When you started spending holidays together, that meant something.


“Right.” Sam’s voice was funny. So husky. So gentle. But Sam was gentle. People didn’t see that. He wasn’t in a gentle line of work. Being a cop didn’t call for gentleness, and Sam was so big and so rough looking…but he was very gentle. When he trusted you.


Had we reached the point of trusting each other?


Sam was still talking slowly, still watching my face  “A trucker fell asleep on the Grapevine. You were caught in a five car pileup.”


I swallowed. My throat felt scraped and raw. My mouth tasted horrible. My ribs hurt. My right leg…  Maybe I’d better save the inventory for later. I was starting to scare myself.


I could see by Sam’s face and the way he made the decision not to tell me whatever it was that made him look like that, that everyone was not okay.


He stroked my hair. “Did you miss what?”


His smile was so broad, so bright, it made my tired eyes blink. “No. No, this is Christmas Eve. You got back in plenty of time.”


I couldn’t match that smile, but I did my best. “Good.” My eyes were closing whether I wanted it or not. “I have to…tell you about my dream.”


“Okay,” Sam said softly. His mouth brushed mine. “And then I’ll tell you about mine.”