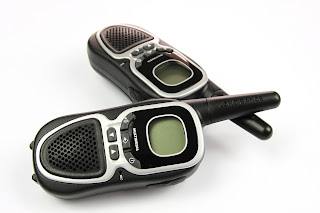 Will and Taylor from the DANGEROUS GROUND series.
The walkie-talkie crackled and said, “Romeo to Base.”


Romeo? Will, who had been blowing on his hands to warm them, spluttered a laugh, and picked up his walkie-talkie. “Base.”


“Refresh my memory. Whose idea was this again? Over.”


Will grimaced, looked up at the stars burning bright and cold in the black night sky of the . Not another light for miles out here. Nothing but Joshua trees and sand and the sharp cutout ridge of distant mountains. “Not sure now.”


“Thanks for not saying I told you so.”


’s wicked laugh rustled across the six chilly miles of empty airwaves and Will’s lips twitched in instinctive response. “That is one nasty laugh, buddy boy. I could get a search warrant based on that laugh.”


“Base, standby,” said, suddenly all business.


Will waited, his eyes scanning the darkness. Nothing moved in the sky or on the ground. He caught motion out of the corner of his eye. A shooting star. He smiled faintly. was not much for the great outdoors.


At the same time , sounding relaxed again, said, “Go ahead, Base.”


“You were saying?” Will replied. It was only the two of them out here, after all.


“I was saying, this is one hell of a way to spend Christmas Eve.”


Will was terse because he wasn’t enjoying freezing his ass off any more than was, “We need the money.”


The following silence stretched long enough to start sweat prickling on Will’s hairline. They had left the in October to start their own security consulting business. It was not a great time to start a business, even when you had the experience and qualifications. had gone along with Will’s plan, but Will had the uneasy feeling his partner was still…withholding judgment.


“Copy that,” said at last. “Doesn’t change the fact that we’re currently one step up from snipers.”


Will started breathing again.  “Not if we don’t shoot anybody.” 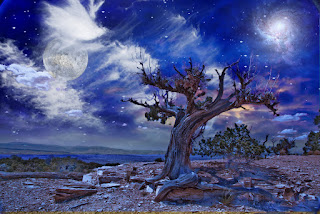 said darkly, “That depends on how much longer we’re stuck out here.”


Will peered at the luminous dial of his watch. “I make it half an hour.”


He could feel ’s sigh though the walkie-talkie remained silent. hated this op for a dozen reasons, starting with the fact that it was Christmas Eve and ending with the fact that any half awake civilian with a radio and a pair of binoculars could have handled this. They were simply providing backup for the backup.


“I’ll make it up to you, Romeo,” Will said suddenly, surprising himself.


“Roger so far.” There was a smile in ’s voice. “Should we switch to a secure channel?”


Will was reminded of all those crazy phone calls had made to him while Will was posted in . In fact, the memory of those calls warmed him now. Well, what the hell. Why not? It was just them and the coyotes, and any smart coyote was safely curled in his den dreaming of rabbits and the spring. “Affirmative,” he said.


Will realized with blinding clarity that there was no going wrong with this, anything he said would, at the least, make laugh. But wouldn’t laugh. Will realized that too. Realized that however awkward he was at verbalizing…stuff…the very attempt would mean something to . Taylor, who spent more than his fair share of time putting it all on the line. Phone lines included.


“Yeah,” Will said boldly. “That’s right, Romeo. They don’t call me Roger Wilco for nothing.”