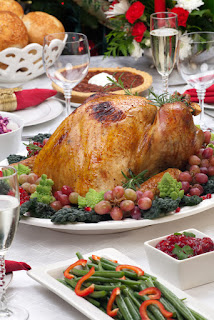 Elliot and Tucker from FAIR GAME


The stuffing in the sweet potato roulade was made with parmesan and cheddar cheese, crushed garlic, nut bread crumbs, sage and parsley. The moussaka was made with portobello mushrooms and seitan. There were Provencal stuffed tomatoes, buttermilk biscuits, and ginger-brandy cheesecake for dessert.  There was a lot of food. A lot of wonderful food.


What there was not, was a turkey.


But there was plenty to drink, and Elliot kept Tucker’s glass topped up – and his own.


Tucker was dealing manfully with the absence of turkey, stuffing, and mashed potatoes at Christmas dinner. But then Tucker had a turkey all prepped and ready to go into the oven when they got home to that night.


Roland, who had also had his share of alcoholic beverages, was saying, “When you look at it that way, when you consider how much money is spent on stuff that people don’t want and don’t need, it makes sense to skip buying presents and just donate to the person’s charity of choice.”


Tucker drawled, “What charity were you thinking of donating to on my behalf?” 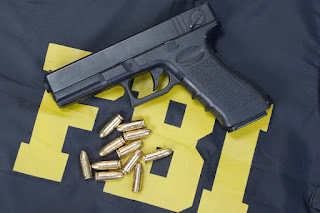 Roland stroked his beard thoughtfully. “Hmmm. I guess the NRA doesn’t really qualify as a charity, does it?”


Elliot laughed and popped a stuffed olive in his mouth. His two favorite people in the world and they couldn’t be more unlike each other.


Tucker glanced across the table. His blue eyes gleamed in his tanned, freckled face. He gave Elliot a slow, deliberate wink.