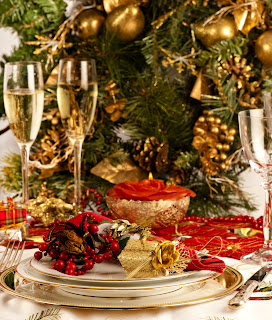 Colin and Septimus from THE DARKLING THRUSH


Septimus invited me to his home for the Yule Feast. I thought perhaps there would be a party, and I told myself I wouldn’t mind that. This would be my first and only Yule spent across the and I might as well see how a traditional feast was properly done.


But I can’t deny I was pleased to discover that Septimus and I were spending the afternoon alone. I was tired of being looked at and whispered about by my colleagues at Leslie’s Lexicons. There was no need to pretend with Septimus.


Besides. Septimus was…Septimus. I was happy to spend every moment I could with him.


“I brought you this,” I told him, handing over a bottle of mulled wine.


Septimus smiled and kissed me – right there in front of his butler. “We’ll have it after our dinner.”


I smiled too because I knew that meant we would be spend the night together.


The meal was indeed a feast. We started with raw oysters, supped right out of the shell. Then bouillon that tasted of wild herbs and venison. was next, served cold and dry, and pâtés made from veal and goose livers.


I knew roasted boar was the most traditional of Yule suppers, but I was relieved when the brownies carried in a large platter with roasted goose.  The goose was golden brown and tender, stuffed with sage and onion and pine nuts. There were small potatoes in a white sauce, exotic roots and vegetables, and cranberry and orange sauce.


“I can’t eat another bite,” I told Septimus, pushing my plate away at last.


He laughed as though this were nonsense, and I suppose it was since after that I consumed my fair share of plum pudding, chocolate truffles, cheese and nuts and biscuits.


When we finally pushed away from the table, I was convinced I wouldn’t need to eat for a week.


“I expect you’ll be hungry enough by breakfast,” Septimus said slyly, and I felt my face warm.


He led the way to his library. I had been in that wonderful room several times, but that afternoon, he reached behind one of the old, rich tapestries, and one of the towering shelves slid soundlessly away to reveal the entrance to another smaller room. I followed Septimus through that low doorway. There were two brocade chairs, a small round table, an old-fashioned lamp, and all four walls lined with books. Very old, very valuable books.


Septimus chose several volumes while I gazed around myself in awe. 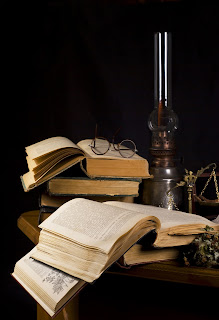 “I’ve never heard of half these books!”


“Do you keep them for the texts or Perusing their previous owners?”


“It depends. On the text and the owner.” He handed me a gilt-edged volume. “Go ahead and Peruse to your heart’s content.”


Septimus nodded. “We’ll spend all day here if you like.”


There followed one of the happiest afternoons I can ever recall. The books in that secret library were a treasure chest of fabulous sights and sounds and smells…sometimes the jewel was the text. Sometimes the rush came from the imprint of a powerful previous personality.


upon, and she made his bed in her own bower.  Of food the infant had no


lack.  The nymphs searched the forest for bell-udders, which grow upon


the goa-tree and when opened are found to be filled with sweet milk.


the little stranger, while Shiegra, the lioness, often crept stealthily

“That’s sweet,” I murmured, turning the browned page. I could feel many small ghostly hands turning the pages with me. Their smiles and laughter were like sunlight.


“Try this one,” Septimus said.


I closed my eyes and rested my hand on the cover. This one had lain forgotten many years in a dusty attic. The imprint of previous readers was very faint. Twin sisters…an elderly collector…

The young man came swinging along, debonairly; he was whistling under his


breath. He was a dapper figure in a long coat and a silk hat, under which


the candles lighted a rather silly face. When he reached the spot in the


sidewalk where the Flanton Dog lay, he paused a moment looking down. Then


he poked the object with his stick. On the other side of the street a


mother and her little boy were passing at the time. The child's eyes caught


sight of the dog on the sidewalk, and he hung back, watching to see what


the young man would do to it. But his mother drew him after her. Just then


an automobile came panting through the snow. With a quick movement Cooper


picked up the dog on the end of his stick and tossed it into the street,


under the wheels of the machine. 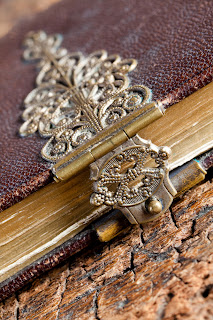 I shook my head. It was growing late and I was tired from perusing so many books. I looked across at Septimus and he was watching me, smiling.


“Overwhelming after a time, isn’t it?”


“A little. They’re nearly unspoiled they’ve been so little touched since their last reading.”


“One more then.” He handed the final book. The cover was of faded blue and amethyst silk, patterned with lotus and lilies. When I took the book in my hands I felt a faint and funny tingling. I looked at Septimus in surprise.


His smile was almost rueful.


I turned the pages gently, but the book fell open to the place where it had been most read.

Juventius, if I could play at kissing


your honeyed eyes as often as I wished to,


never could I be satisfied or sated,


although the total of our osculations


were greater than the ears of grain at harvest.

I looked at Septimus and he cleared his throat a little self-consciously. “I knew you would have no difficulty Perusing that one.”


I smiled and turned out the lamp.
Posted by Josh Lanyon at 1:00 AM