Tim and Jack from CARDS ON THE TABLE 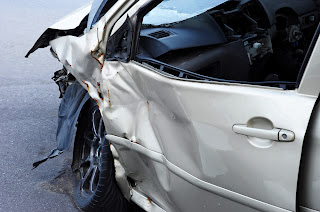 “Where the hell have you been?” Jack yelled before I even closed the front door.


“Sorry,” I apologized, shrugging out of my jacket. “Sorry I’m late. I swear to God it couldn’t be helped. I’m mostly packed. We can be on the road in half an hour. Promise.”


He caught my arm as I was brushing past, heading for the bedroom. He sucked in a sharp breath. “Jesus, Tim. What happened?”


I said quickly, though I should have known by then there was no heading off the inevitable lecture, “It looks a lot worse than it is.”


“Really? Because it looks like a split lip and a black eye.” He followed me into the bedroom, watching, angry and at a loss, as I grabbed my suitcase and threw it on the neatly made bed. The bed sloshed in warning.


“Sorry,” I said again, automatically. That would be all we needed. A leak in that fucking waterbed as we were about to take off on our trip up north. We were heading to to spend Christmas Eve with Sam, one of Jack’s best friends from his police academy days, then on to Mendocino to spend Christmas with my family then back to so Jack could be back at work on Thursday. I was just grateful Jack’s parents had moved to so we didn’t have to try and include them in the holiday endurance run.


“What happened?” he asked in an ominously quiet voice. “Did you have a seizure? Were you driving?”


“Hell no, I didn’t have a seizure!” I’m not sure why that incensed me so much because though I’d been seizure free for six months, I’d only been driving for one, and it still felt pretty new to me. I knew Jack was still worried about the thought of me behind the wheel if I did have another seizure.


“Well, you didn’t walk into a wall!” He was yelling at me again. It was so unlike him. I couldn’t understand it. I wasn’t that late and he was mostly used to my unpredictable schedule – as a cop, his own wasn’t much better.


“Look, the interview didn’t go smoothly. Mayer punched me. And I, er, punched him back.”


Jack’s jaw dropped. Which I guess was better than having him flap it at me.


Reminded of my injuries, I noticed how much my mouth and eye were smarting. A lot. I abandoned the suitcase and went to the bathroom. The sight in the mirror was not reassuring. The fact that I was wearing a suit and tie almost made it worse.


I turned the cold water tap on.


Jack appeared in the mirror behind me. His face was stern. His gray eyes looked dark and there was no evidence of dimples. “I can’t take this,” he said.


It felt like being punched all over again. I gripped the side of the sink. “What does that mean? What are you talking about?”


“You haven’t even heard my side of what happened.”


“You’re a reporter and you punched your interviewee. Is there another side to that?”


“Great. That’s your side of it? We’ve had this conversation, Tim. How many times? You take stupid, reckless chances. And I can’t deal with this anymore.”


He walked out of the bathroom leaving me to gape at my battered reflection. After a second or two, I bent and splashed cold water in my face, thinking.


Once, and not that long ago, I’d have charged back in there and we’d have had an argument that probably would have ended with one of us – me -- walking out the door. But I’d learned a few things in the past months. Learned them from Jack, as a matter of fact.


I turned off the faucet, dried my face, and went into the bedroom. No Jack. I went into the living room and he was sitting on the couch, leaning forward, massaging his forehead.


I sat down beside him. He didn’t look at me. I said, “I’m not sure what’s going on here, but I don’t take stupid, reckless chances. Not anymore. Because of you. Because I don’t have to prove anything anymore. Mayer is a thug and the interview fell apart, but I’m telling you, I did not provoke him. I was protecting myself, that’s all.”


“You shouldn’t be talking to guys like Mayer. He’s scum. He’s a killer.”


“It’s for the courts to decide if he’s a killer. And interviewing him is my job, Jack. I don’t give you a hard time when you come home with a few bruises.”


I stared at him. “What? Write a society column? What are you talking about?”


He massaged his head some more.


“Who gives anybody this kind of a bullshit hard time over their job now days?”


“You know your situation.”


“Yeah, better than anyone. And you know that I am taking care of myself and being responsible about my health. You know I haven’t had a seizure in half a year. And when was the last time I came home with a black eye? What’s really going on here?”


I didn’t know what his expression meant. I said slowly, “Should I finish packing for Sam’s or should I grab a cardboard box?” 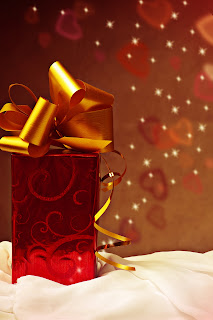 He shook his head.


I put my arm around him, pressed my forehead to his. “Don’t be mad at me. It’s Christmas Eve.”


To my relief, Jack turned to me, kissed me. He put his arm around me and pulled me closer. “Sorry,” he whispered. “Sorry. Just don’t take dumb chances.”


I looked past his head at the clock and said, “We’ve got to get moving or we won’t be there until late.”


Not that I minded. I’d have killed for an early night in my own bed with Jack. I wasn’t all that crazy about Sam, a big, dour bruiser of a cop, although I liked Rhys, his boyfriend, a lot. Even if he was a little obsessive on the topic of the afterlife.


“Rhys is in the hospital. He got into a car accident driving up Friday.”


Jack nodded. “Sam says he will be, but I guess it was touch and go. He was in a coma for a couple of days. He’s out of it now. Sam says he keeps talking about some guy named Roger.”


Jack gave me a sour look, but I could see the dimple trying to make an appearance. He was holding my hand, or more exactly my wrist where I wore the snazzy sterling Medic Alert bracelet he’d given me. His fingers absently stroked the silver links.


He nodded. His gray eyes were still a little moody, but he was finally smiling again. “That okay with you?”