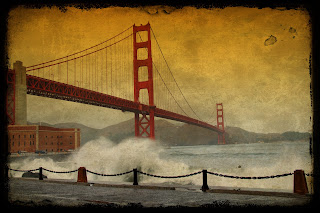 Brett and Rafferty from THIS ROUGH MAGIC


Rafferty told himself he didn’t expect Brett to show.


Christmas Eve? Nah. There would be some swell Snob Hill party he was expected to attend or some wingding at the old plantation he’d feel it his duty to soldier through. And it wasn’t like Rafferty was ten years old and still believed in Santy Claus. It was a long time since he’d knelt by his cot praying for a pony or a long lost uncle. He was a big boy now and this was just another night in foggy old . A little colder, a little darker than some—but Rafferty’d known colder and darker.


It was well after when he poured a stiff drink, his second of the evening, and turned out the lights in the front of the house. He was lying in bed reading White Fang by Jack London when he heard the faint, familiar scratching at his bedroom window.


His heart sprang into life. He threw the book aside, unfolded from the bed, and shoved open the window. Brett stood in the alley. He grinned at Rafferty and held up a bottle of Dom Perignon.


“Merry Christmas.” Brett handed over the champagne and climbed through window with considerable agility, given that he was wearing evening clothes beneath a dark ulster. The ulster had a Persian lamb collar, so Rafferty had guessed right. A night on the town for young Master Sheridan.


He shoved the window closed behind Brett, yanked the curtains shut. “I wasn’t expecting you.”


Brett gave him a level look, his eyes as green as spring. “I can leave if you’ve got other plans.”


“Of course I don’t have plans and of course I don’t want you to leave.” Rafferty took him in his arms. Brett’s eyes were shining and happy, his flushed face cold from the bitter night air. He tasted like champagne.


“You should have told me you were coming. I’d have…” What? Fixed Brett a meal? He’d have had plenty to eat and plenty to drink wherever he’d been.


Rafferty was touched—and embarrassed. He would have been disappointed, sure, though he’d like to think he was better at hiding his feelings. “I’m glad you made it.”


Brett treated him to one of those rare, unguarded smiles. Six months they’d been…whatever they were, and those smiles still made Rafferty’s breath catch in his throat.


“Did you have a nice evening?” he asked, and he genuinely hoped Brett had because there weren’t nearly enough nice evenings in Brett’s life.


“Not particularly.” Brett reached deep into his coat pocket and pulled out a small parcel, a flat blue box with a white ribbon.


“What’s this?” Rafferty took the box.


Brett shrugged out of his ulster and draped it over the bed post. The first time he’d done that, Rafferty had woken during the night and, thinking someone was looming over the bed, nearly shot the coat. “Open it,” Brett said, and turned his attention to the champagne.


Rafferty recognized that blue box and he wondered uneasily where the hell Brett had found the money to buy whatever was inside. Hopefully Brett and Kitty weren’t back to pawning family heirlooms. 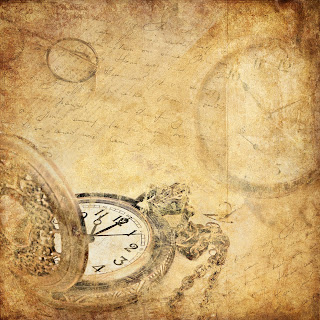 By the time Rafferty had fumbled open the box, Brett had uncorked the champagne and poured it into the only two clean coffee cups left in the house.


“Hell.” Rafferty stared down at the gold pocket watch. He swallowed hard. “I got you a book.”


Brett laughed. “Did you? What book?”


Rafferty’s face felt hot. It had seemed like a good idea at the time, but really what the hell had he been thinking? “Shakespeare’s sonnets.”


Brett laughed again, an indulgent chuckle. He had put his mug of champagne on the steamer trunk that served as Rafferty’s bedside table and was shedding his clothes with quick, unselfconscious grace. His skin was pale and smooth like warm marble. He said, “You’re a romantic, Neil.”


Maybe. He was Irish. It was pretty much the same thing.


“Thank you,” he said, and he wasn’t talking to Brett.