New Release THE GHOST HAD AN EARLY CHECK-OUT 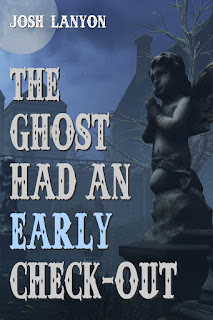 Good morning! A little bit of a delay on the Advent Calendar today as I need to announce my new (non-Christmas-related) release.

The Ghost Had an Early Check-Out is the long-promised sequel to The Ghost Wore Yellow Socks, so scratch another one off the list of Books I Promised a Long Time Ago list. ;-)

(It was  originally planned as a Halloween release, but hey. Life is what happens when you're putting the year's release schedule together.)

Perry and Nick are now living in Los Angeles. Perry is going to art school and Nick is working as a PI. They're still figuring things out. One afternoon Perry comes to the rescue of an aging horror film star by the name of Horace Daly. Horace, who owns a run down hotel in Laurel Canyon called Angel's Rest, claims that someone is trying to kill him.

Anyway, the book is available pretty much everywhere today:

And thru iBooks and Smashwords on the 26th

(It will also be available in print and audio) 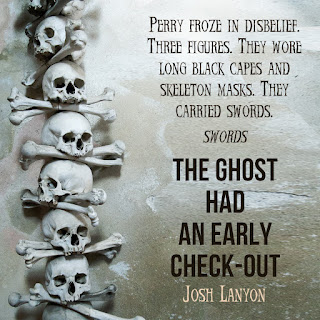 Also if you haven't read The Ghost Wore Yellow Socks, it's currently at .99 everywhere thanks to a Bookbub. ;-) So hey, it's a little bit of a Christmas present right there!
Posted by Josh Lanyon at 6:39 AM

Email ThisBlogThis!Share to TwitterShare to FacebookShare to Pinterest
Labels: #amwriting, new release, the ghost had an early check-out, the ghost wore yellow socks