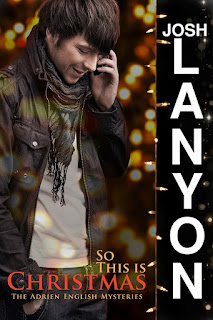 It wasn’t often I woke before Jake, so the luxury of lying next to him and watching his sleeping face in the pearly-rosy light of dawn felt just that: a luxury.

He looked completely and totally relaxed in a way he hadn’t since we’d returned from London. Gone were the lines of worry and stress around his eyes. Gone were the dark shadows beneath his eyes. The line of his mouth was soft. He didn’t just look relaxed, he looked content. Happy.

The Boy Who Got Everything He Wanted for Christmas.

I studied the threads of silver in his pale hair, the flecks of platinum in the gold bristle on his lean jaw…neither of us was getting any younger, but growing old together more than compensated.

My gaze traveled back to the kissable curve of his lips, but no. He needed this extra bit of sleep after the last week. I could wait. A little while anyway.

I’d been awake since five or so. Scout was lying against my legs, snoring peaceably, and Tomkins was curled atop the nest of pillows against the headboard watching me watch Jake.

As if he understood, Tomkins responded with a silent meow.

I smiled then smiled again remembering the night before. 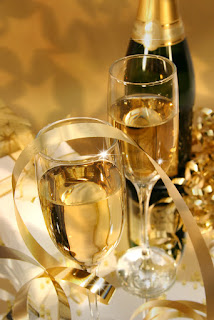 That was the truth. I really had never expected that we would actually marry. Never thought I wanted to be married—until I’d seen that little velvet box in Jake’s hand.

So make that The Two Boys That Got Everything They Wanted for Christmas.

I raised my head to look at the table in front of the fireplace. I studied the half full champagne glasses, the litter of wrapping and ribbons, and that small blue velvet box.

“Nope, not a dream,” Jake said. His voice sounded rusty and his smile was sleepy—but still content. “Having second thoughts?”

I kissed him then, gave into the simple pleasure of his mouth against mine, his taste and smell and touch.

When I lifted my head, he reached up and brushed my hair lightly back from my eyes.

“From this day forward?” Despite the smile there was something tentative in his eyes.

I smiled too, didn’t try to hide my happiness or play it cool. We were so far past any of that nonsense. This was us and we had fought hard to get here.

I said—and I meant every word, “Happily Ever After.”