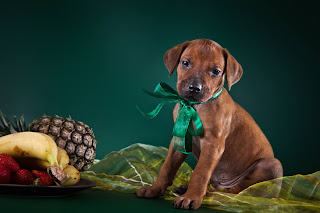 This morning we have more fiction! Today's offering is a sweet and sexy little coda to Winter Kill by the ever-so-talented Natasha Chesterbrook. There's a little story behind this coda. Remember last year when I asked everyone to "write the beginning paragraph of a holiday coda for your favorite Josh Lanyon couple?" Well, that's what Natasha did--and then went on to write the coda too! Isn't that wonderful?

Rob was surprisingly nervous as he offered the brightly wrapped gift to Adam. Light from the fireplace glinted off the gold and silver wrapping cinched by a large red bow, curling ribbon snaking in all directions and a silver bell no less to round out the ostentatious display. The store’s wrapping department had gone beyond festive into Christmas mania. That’s what you get for waiting until the last shopping day - Santa’s elves had nothing on the seasonal worker stressed out from the overload of too much glitter, faux fir scent and one too many peppermint lattes. He didn’t want to admit why he waited so long to shop. Adam could be so hard to read even after over a year together. So yeah, he was nervous. What was the worst that could happen?

When the paper fell away and Adam opened the box, Rob wasn’t expecting his next words, “And here I thought neckties were as kinky as you got.”

“Huh?” Well, Rob looked inside the box to confirm its contents. The shiny black leather collar with brushed silver studs lay nestled in the tissue paper with the coiled length of matching leather leash beneath. “That’s a – “ 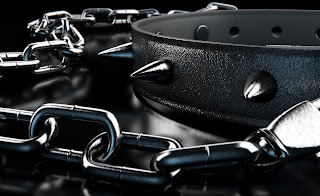 He blushed hot at the joke and reached for the box. Adam deftly moved away while snatching the collar and held it up to his neck. “Is this what you were thinking?” Adam’s laughter uncoiled the tension in Rob’s shoulders.

“They’re not for you, Darling.” Sometimes he couldn’t help himself even if Adam has heard all the jokes before.

Rob noticed how Adam’s smile shone bright in the winter morning sun from the front windows. The day was beautiful much like the man before him.

“Yeah? So you’re going to wear it?” The single lifted brow on Adam’s handsome face was the last straw to Rob’s restraint. He swooped in, grabbing his man around the waist, serving up the kiss with more enthusiasm then finesse because he knew Adam wouldn’t care, would actually prefer it.

Once they’d parted for breath as much as to finish the moment, Rob stated, “Sally Gardner’s Rhodesian’s puppies are weaned.”
Adam looked at Rob with a mixture of wry amusement and fondness and said softly, “You got me a dog.”

“No, I got you a collar. The dog’s for me.” The kiss this time was tender and soft and seemed to last forever.