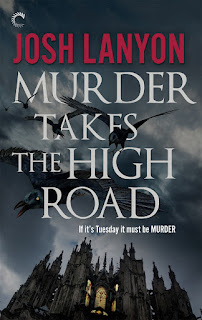 Kind of a big deal. Even when things are going really well, and they had been going really well ever since Scotland--but Scotland had only been about seven weeks ago—the holidays could test a relationship. The weight of holiday expectation could be heavier than six feet of snow on a flat roof. All those glittery commercials. All those Hallmark holiday specials.

John and I spent whatever time we could together, but he was busy, I was busy, and he lived—this time of year—four to six hours away in San Diego.

I couldn’t help worrying, maybe inevitably, that maybe what we had was the lingering aftereffects of a holiday romance. We’d both had such lousy luck with relationships.

“So…Christmas?” I’d broached the idea cautiously on the phone one night. He’d been back East for Thanksgiving, so the topic of spending holidays together hadn’t really risen until then. “Do you celebrate?”

He said cautiously, “I could try and get the day off. If you want to do something?”

Wasn’t Christmas what one did on…Christmas? 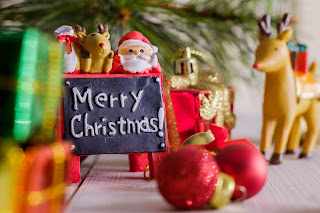 One way Trevor and I had been alike was in our love for the holidays. We both whole-heartedly embraced, well, all of it. Trevor always decked the halls—from candy cane candles in the bathrooms to the tiny fake vintage Christmas tree in the bedroom (all of which—to the last thread of tinsel--he’d taken with him—like the Grinch robbing Cindy Lou Hoo on Christmas Night). I did the front and back garden in white lights so the 3-piece family of LED reindeer had a proper place to live during December.  Trevor ran our credit cards up and I tried every holiday recipe that caught my eye.

Our house had always been a happy home during the holidays. It was the other eleven months things weren’t so perfect.

But the whole point of spending the holidays with John was to be with John. And be open to perhaps starting new traditions.

Reassuringly, John had responded, “I like spending all the time I can with you.”

“You don’t have to go to a lot of trouble. I mean…” He didn’t finish what he meant, so again, I wasn’t sure.

“Okay, you're a holiday person. Well then, let’s do it.” His enthusiasm sounded a little forced, but he was coming for Christmas. That was all that mattered.

In the end, John couldn’t get Christmas off. He’d waited too late to ask, and everyone else in the company had already put in their requests, but he managed it so we would be together on New Year’s.

I bought a smallish tree—a live tree I could plant in the bare area of the front yard—and my mom sent over a large box of old ornaments she insisted were no longer needed; she and my dad had decided to opt for an artificial tree that year since they were spending the holiday once again with my sister in Colorado. I bought an armload of white holiday lanterns in different shapes and sizes at Lowes, grilled a Cornish game hen, and had dinner in the backyard in the glow of soft light, with the illuminated reindeer for company.

I had other options, of course, but I was in reflective mood, a quiet mood, and it was actually a great little dinner. The food was delicious, if I do say so myself. I made orzo risotto with root vegetables and mushroom and chestnut stuffing which I served with a chilled bottle of Riesling. It wasn’t that cold out, and the stars were sharp and bright. The lights from my neighbors’ windows cast a pleasant gold sheen over the roses and succulents surrounding the patio. I was happy. I was content. And best of all, I knew it. I was in the moment. How often does that happen?

Sure, it would have been perfect if John had been there, but the truth was I was happier getting to spend even a little time with John than I’d been spending every day with Trevor.

When the side gate chimed shut and I saw John walking toward me through the haze of snow globe-lantern light I thought I was dreaming. 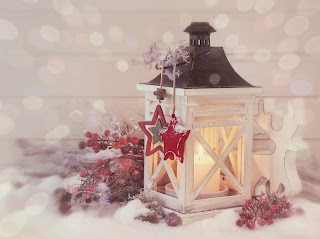 I stopped gaping. “I think I left my phone on the counter.”

“I took a chance there’d be leftovers.” He reached the table and bent down to kiss me. His lips were warm and he tasted like those dis-solvable Listerine breath strips, so I knew I was not dreaming.

“There’s a ton of food. What are you doing here?”

“I get an hour for dinner, which I think I can safely stretch to two.”

"I didn't know you were working in the vicinity today."

I almost said, Don't worry, the bar is low, but caught myself. This wasn't about Trevor and the past. This was about John and the possibilities of the future. I smiled back and my own smile was probably rueful too. "You haven't yet. Not at all."

His eyes warmed. Then he gazed around the garden in what looked like genuine awe. “This is beautiful.”

“Kind of magical, in fact.”

He tore his gaze from the reindeer and smiled. “Me too.”

“No wine glass. I’m on surveillance. Or will be again in two hours.” He made a face. “Hey, I want to say something.”

“I’m sorry I forgot to ask for Christmas off. I’m not used to planning where I’m going to spend the holidays.”

“Also, I left your present at home. I’m out of the habit of…being a boyfriend.”

His smile was more confident. “But I’m a quick learner. And I’ve already asked for next Christmas off.”

We were planning next Christmas—and I was probably shining like the bright heart of one of those little lanterns. It was true about finding happiness in your own backyard--even if I'd had to travel to Scotland first.