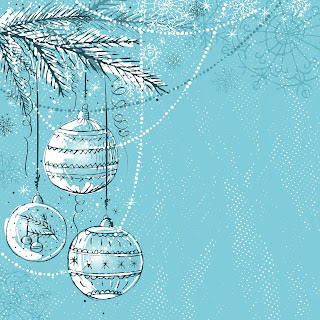 
Believe it or not, it's time again for the Annual Advent Calendar Holiday Extravaganza. ;-)

I've been doing the "Advent Calendar" since 2014 and it's become kind of a tradition.  The way it works is every morning through Christmas Day there will be something  posted to the blog to start your day off with a smile.

Maybe I'll share a favorite holiday song or a lovely photo or a vintage cartoon or a cocktail recipe or maybe I'll give something away. Some days we'll have fiction--sometimes a holiday coda by me, sometimes a holiday snippet from one of our talented contributors. Some days we'll have art, but one thing for sure, every day will have something for you to enjoy.

There really is nothing for you to do but show up and enjoy. It's just my way of saying Thank You.


Today we're going to kick things off with a delightful snippet of coda by Sarah Atkinson. (Thank you, Sarah!)

It had been a good few months since the feud began and each of the adversaries continued to thrive on trying to outmanoeuvre the other. The Christmas holiday season had not led to a cessation of hostilities, on the contrary... With decorations up and guards lowered, it was the time to strike.

He crept stealthily down the corridor. Breathless, his weapon held aloft,  he advanced trembling with the excitement of the hunt. This game of cat and mouse had been going on all day and he was going to end it with the perfect shot. Rounding the corner of the living room, he took in the scene: the Christmas tree decked in red and silver, the clock on the mantelpiece showing... (he still had trouble with analogue clock time), the cards strung on ribbons, and dead centre  in the room - back turned - his nemesis. His arms were wrapped around a second man, his hands concealed from view. He hadn’t anticipated finding the two of them together, though he should have remembered the mistletoe. Should he take them both out? Lowering his arm, he bit his lip while he pondered his next move. His feet, in thick socks marked ‘left’ and ‘right’, made a slight shuffling noise as he stepped back. It was enough to trigger a response. In one fluid movement, the man spun round and fired at him. A long jet of water hit Gage full in the chest. He shrieked with horror and delight.