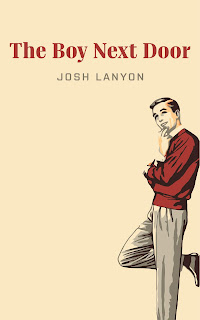 THE BOY NEXT DOOR: Merle and Issac

I had just passed Starhurst High School and was turning onto Lone Cottage Lane when the driver of the police cruiser, which had been dawdling behind me for the past three blocks, suddenly turned on the cherry top. Blue and red lights sliced through the chilly December night. The siren whooped once, peremptorily.

“Godda—” Catching sight of the beatific smile of a giant Baby Jesus cradled in the glowing, gas-inflated rubber nativity set sitting on the snow-covered lawn of the corner house, I swallowed the rest of it. “Seriously? You’ve got nothing better to do tonight?”

I pulled to the curb, fished out my license, and was lowering the window as the uniformed officer approached my vehicle. His boots crunched officially on the icy road. He shone his flashlight in my face.

“Do you know how fast you were going, sir?”

Great. Officer Rick Grant was the latest addition to the Hayvenhurst police force and, in my humble opinion, Issac’s biggest mistake as Police Chief so far. 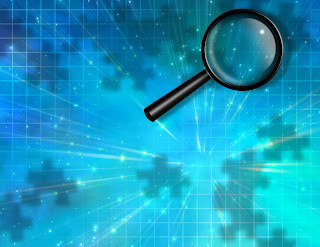 Not that it really mattered. Greenwald was headed home to my client, Mrs. Greenwald. That was one report I would not be delivering until after the holidays.

“Fifty in a school zone,” Grant informed me.

“But it’s eight o’clock at night! Plus, school is out for Christmas vacation.”

Grant said, “Winter Break is the correct term. Not every citizen celebrates Christmas.”

“Uh, okay, the point is I was only going a lousy five miles over the when-children-are-not-present speed limit.”

I stared up at him. “License and registration? You know who I am. I live with your boss. You were at our house last Sunday for pot roast.”

Officer Grant was unmoved. I handed over my license and registration.

A second pair of police boots crunched through the icy gravel to join Grant. Issac said in his deep and easy voice, “It’s Christmas Eve, Officer Grant. I think we can let Mr. Madison off with a warning tonight.”

“If you say so, Chief,” Grant replied in the tone of one who knows we will all live to regret this lapse of sanity.

“I’ll have a private word with Mr. Madison,” Issac said.

There was barely a quiver of a laugh in Issac’s voice as he said, “I mean now, if you don't mind.”

“Oh. Yes, sir.” Grant flapped shut his ticket book and marched back to the police cruiser.

Issac’s grin was wide and white in the moonlight. “Observing my new recruit in action.”

“Your new recruit’s bucking for your job,” I told him as Issac bent down to fill my car window. 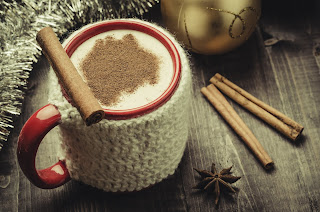 He kissed me. “In forty years he can have it. When are you getting home tonight?”

The kiss, quick as it was, made up for everything, from Officer Grinch to Mr. Greenwald who was starting the New Year by breaking his wife’s heart.

I still had to pick up Little Whiskers, the Russian Blue kitten I was giving Issac for Christmas. Well, probably for Christmas Eve, because I couldn’t think of a way to hide this present that wouldn’t traumatize it for life.

“I’ll pick up the milk,” Issac said. “Don’t worry about that. You must be beat. It wasn't even four when you left this morning.”

I'd forgotten I was supposed to pick up milk. Over these wintery past months we’d developed a comfortable little habit of catching up with each other every evening over a cup of brandy-spiked cocoa. I don’t know what Philip Marlowe would have said about that, but I was going to miss the hot cocoa once the weather started to warm.

Luckily, there were delicious warm weather beverages too.

Issac delivered another kiss and backed out of the car window. He patted the side of my car. “Drive safely, Merle.”

“You too, Chief.” I glanced in my side mirror and he was looking back at me with a smile brighter than the Christmas star.