Today's final excerpt is from The Hell You Say, which is not necessarily what one thinks of as a Christmas romance. :-)  I mean...devil worshippers, for one thing. But still, the holidays are central to this story. 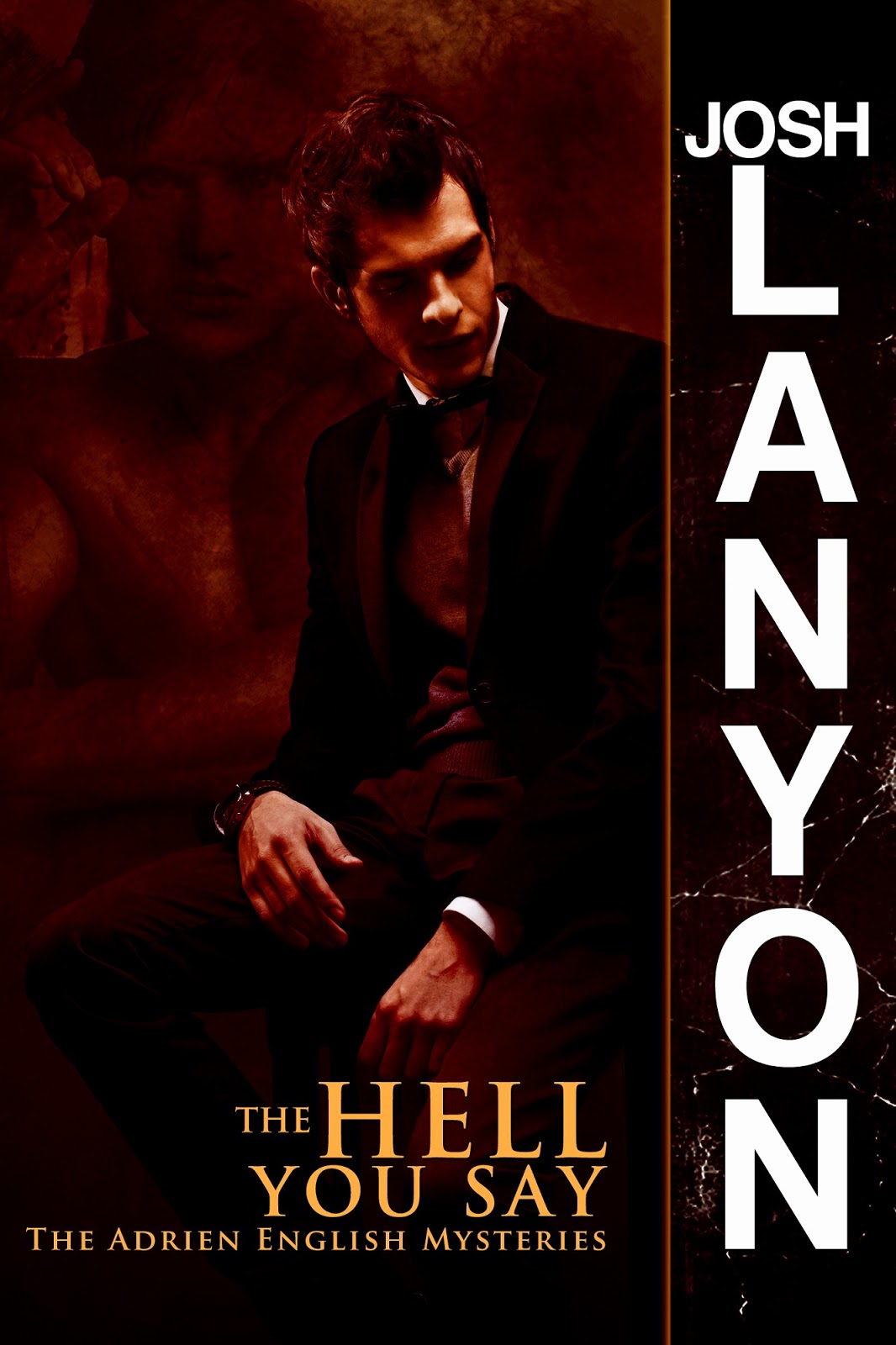 BLURB:
Adrien English isn't really a detective, he's a bookseller and
mystery writer who has a knack for attracting real life mischief and
mayhem -- much to the displeasure of his sexy, sometimes-boyfriend,
closeted homicide detective Jake Riordan.
When bookstore assistant Angus falls afoul of a Satanic cult, Adrien
falls afoul of Jake -- but despite the fact that his amateur
sleuthing is playing hell with his love life, Adrien can't help but
delving into this case of kooks, cults, devil worship, and human
sacrifice.


I nearly dropped the can of salmon I was opening for my supper.


The shop was locked for the evening. That meant my visitor was probably one of two people -- and that didn’t sound like Velvet’s knock.


I set the can on the counter, wiped the fish oil off my hands. I opened the door. Sure enough, Jake stood there. Clearly this wasn’t a social call.


“What the hell do you think you’re playing at?” he said, brushing past me.


I was pretty sure he was not referring to the missing food groups in my evening repast. “Oh, come on,” I said. “Guy was just helping me --”


“Yeah, I know what that faggot Snowden is helping you with. What part of stay the fuck out of it don’t you understand?”


“This doesn’t have anything to do with your investigation,” I said angrily. Which was not true, although as far as I knew, Peter Verlane had not materialized on the cops’ radar so far, so technically I was not trespassing on Jake’s turf.


That’s what I told myself, but it didn’t fly as well with Jake.


“You’re not that stupid,” he said. “Then again, maybe you are. I go to the trouble of lying -- of falsifying police reports -- to keep you out of this shit, and you turn right around and walk back into it.”


My heart slipped into heavy, slow punches against my rib cage. “Give me a break,” I said. “You didn’t lie to protect me. You lied to protect yourself. You never asked me what I wanted. And I sure as hell never made you any promises about what I would or wouldn’t do.”


His finger jabbed the air, punctuating his words. “Stay. Out. Of. It. Or this time, bad heart or not, I will throw your ass in jail.”


“No, you won’t,” I said. “You wouldn’t want to risk anyone discovering the connection between us.”


His face changed, grew ugly, dangerous. “Are you threatening me?”


I hadn’t been, but like an ember in dry grass, a self-destructive impulse flicked to life in my mind.


“My existence threatens you.”


He shoved me back, hard. I crashed into the hall table, knocking it over, smashing the jar of old marbles I had collected. Glass balls skipped and bounced along the corridor. I landed on my back, my head banging down on the hardwood floor.


I lay there for a second, blinking up at the lighting fixture, taking in the years of dust and dead moths gathered in the etched-glass globe. The silence that followed was more startling than the collision of me and the table and the floor. I heard Jake’s harsh breathing and a marble rolling away down the hall -- which seemed pretty damned appropriate, since I’d apparently lost all of mine.


He bent over me. Probably safer to stay submissively on my back, but I got up fast, knocking his hands away. It was a protective instinct and maybe not a wise one. I hadn’t had time to inventory what, if any real damage, I’d sustained. 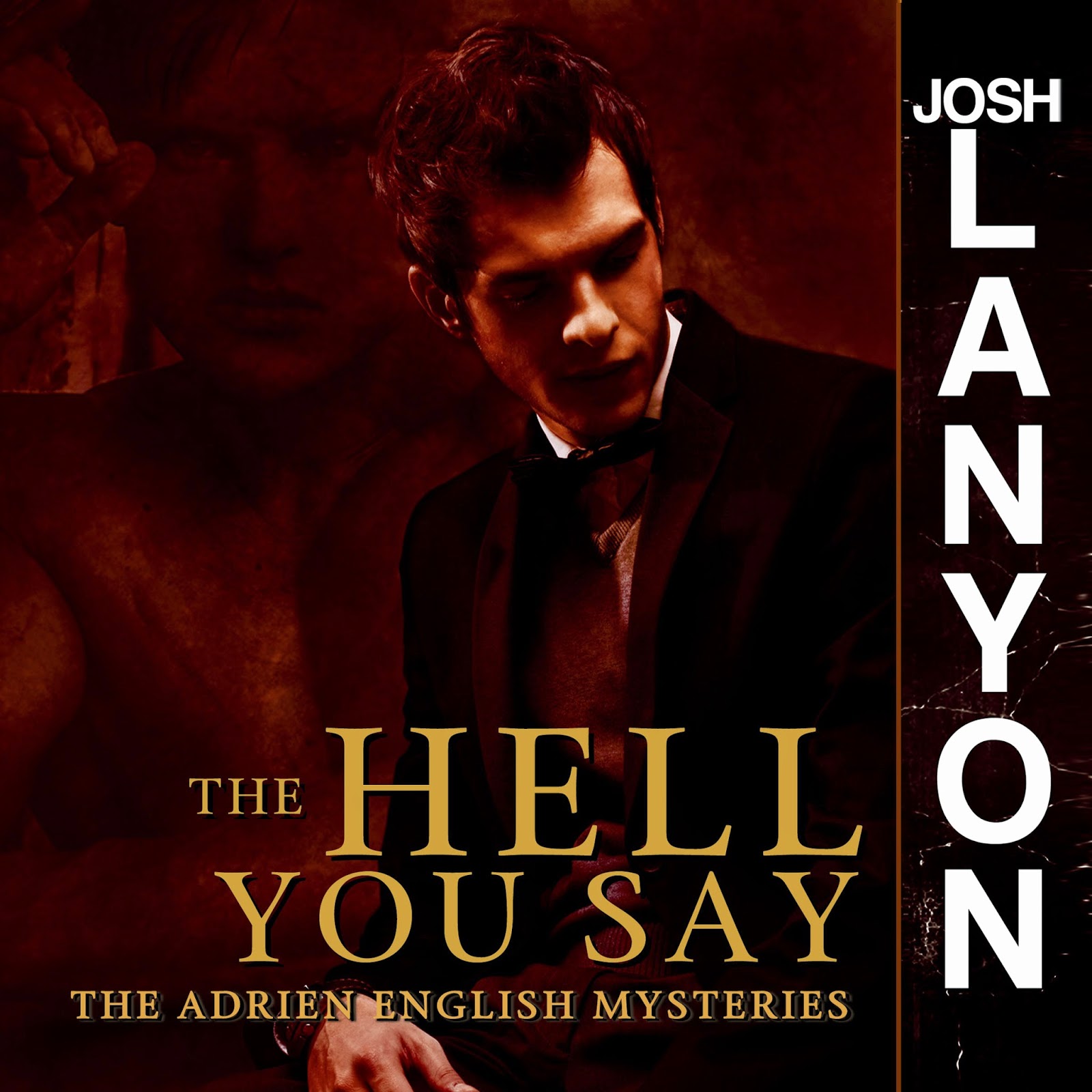 Weirdly, neither of us spoke. There was plenty to say, but no words.


Jake stared at me. In his eyes, I read the urge to knock me down again, to punch, to kick, to silence, to destroy. His hands were clenched by his side. I felt light-headed with anger and outrage -- and yeah, maybe a little fear. He could probably kill me by accident. My heart was tripping in my throat.


I was afraid if I tried to speak I would cry. From rage.


He swallowed once, dryly. He looked sick.


He went, shutting the door quietly behind him
****
Ah...those holiday memories! Jake and Adrien have a Christmas coda right here.

Today's giveaway is the full set of Adrien English audio books to one lucky listener/commenter. You can also gift this set to someone else.
Posted by Josh Lanyon at 1:00 AM