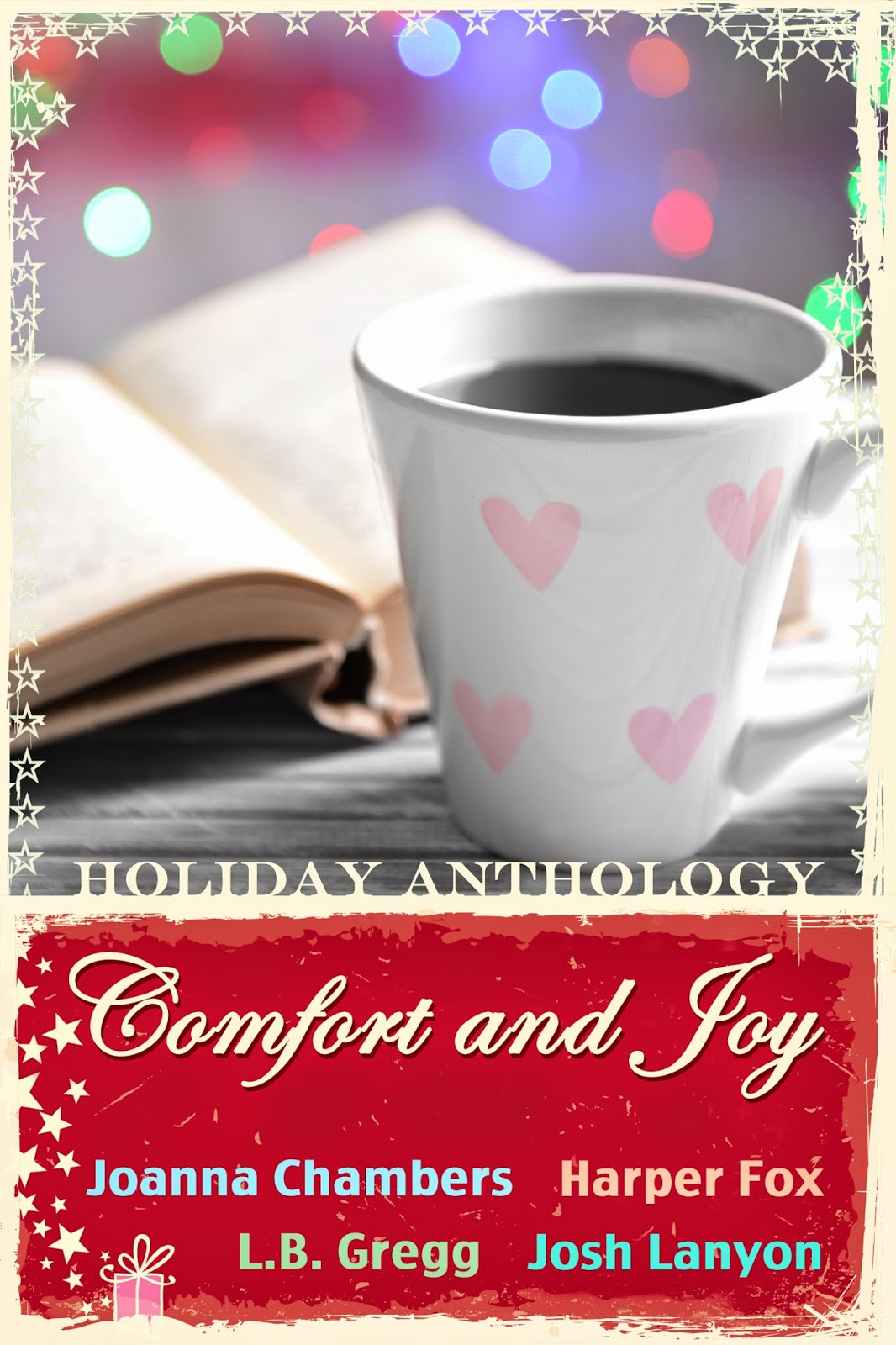 Today I'm sharing opening snippets from the four stories in COMFORT AND JOY, the new holiday anthology I did with L.B. Gregg, Harper Fox and Joanna Chambers. And the giveaway is a copy of the anthology from a randomly selected comment below.

Remember the book can go to you or to a friend with your holiday compliments.

From Rest and Be Thankful by Joanna Chambers:

“You’re going to have to replace it, I’m afraid.”


Cam stared at the back of the plumber’s head, glad the man’s attention was still on the ancient boiler. Glad he wasn’t watching as Cam visibly swallowed against the hard lump that had materialised in his throat at this news.


He’d waited three days before he’d called Alan Glenn, a near neighbour and the only plumber for miles around, hoping beyond hope the heating might spontaneously come on again. It was only with this unexpected cold snap that he’d finally given in, worried by the prospect of burst pipes.


Alan looked at Cam over his shoulder. He was one of those men whose hair went white early, but his skin was smooth and unlined and his bushy eyebrows were black, making his age difficult to judge. Those startling eyebrows drew closer together as he totted up the cost in his head. “It’s an old system,” he said at last. “I reckon you’re looking at fourteen, fifteen hundred, all in.”


Cam pressed his lips together and gave a short nod. He’d been praying the problem would turn out to be something minor and cheap to fix. No such luck.


Luck wasn’t something he’d had much of lately.
From Out by Harper Fox:
My name is Cosmo Grant, and I have no pride left.
I’d been doing all right until yesterday. The run-up to Christmas always turns the big Edinburgh hotels into pressure cookers, backstage at least; front of house, we try to present a genial, welcoming face to our public, and here at the Royal Barlinney we succeed.
Recently that’s been due to my efforts, I can say without lack of modesty. I started as junior housekeeper five years ago, and I scrubbed as many toilets and made as many beds as any of the domestic staff under my shaky command. I learned by doing everyone’s job as well as my own. I cleaned miles and miles of carpets and Italian marble floors. Changed light bulbs, fixed leaky taps, once brought ambassadorial aid to a foreign princess fleeing a murderous regime. As well as my bilingual English and Gaelic—the latter just a frosting, ceud mìle fáilte to charm the Americans—I picked up enough French, German, Arabic and Italian to help out most of our visitors with most of their basic needs. I learned from the kitchens upwards all the workings of our vast flagship hotel, which sails above the city’s railway lines like an ocean liner lit up from within by a thousand crystal chandeliers.
And two years ago George Brace, the Barlinney’s manager, rewarded all that initiative by promoting me to housekeeper-in-chief. I think it nearly killed him.
From Waiting for Winter by L.B. Gregg: 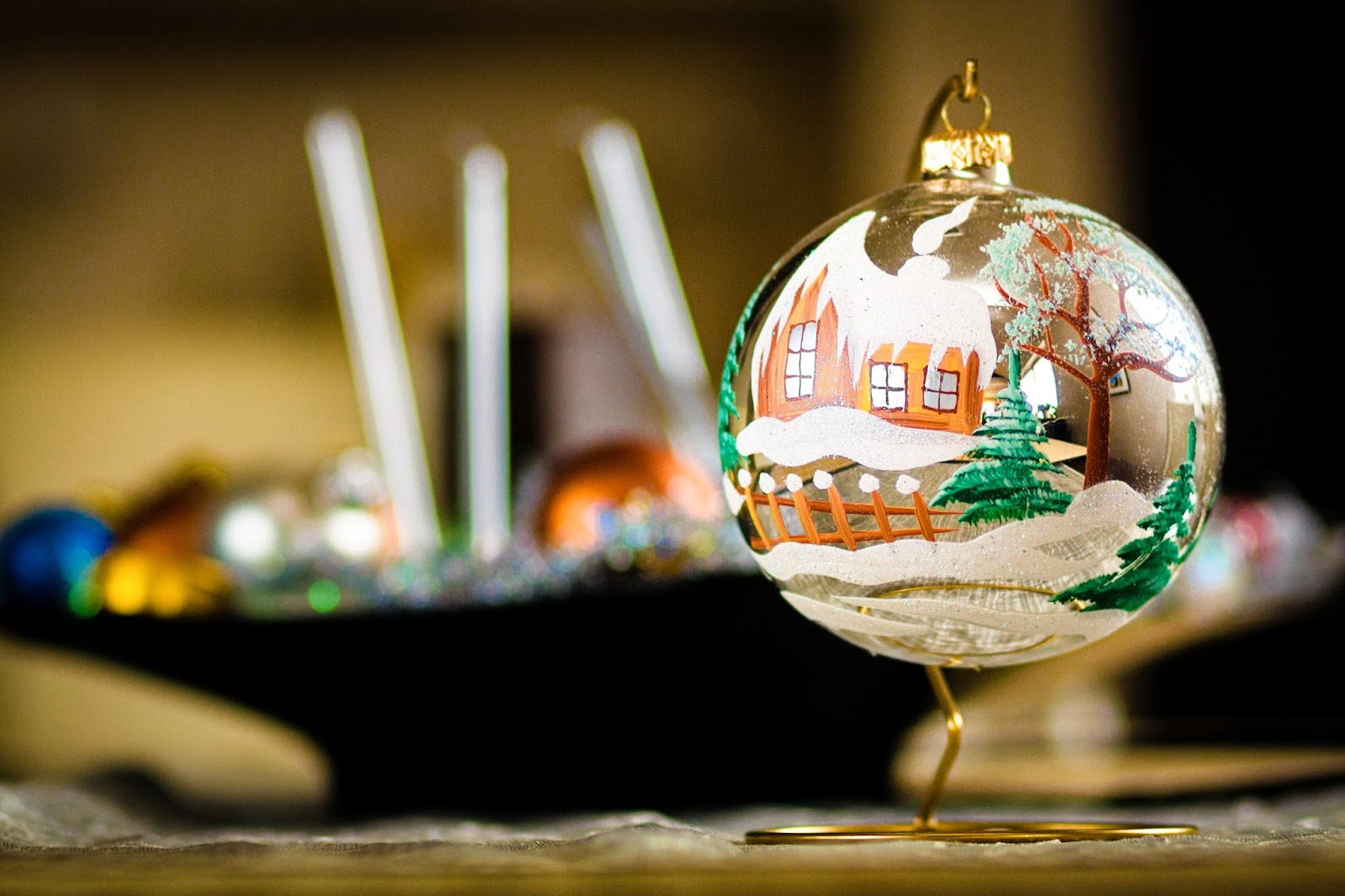 The first words my ex said to me in six months were delivered sotto voce as I was minding my own business at Leunig’s crowded bar. The night was young, the restaurant was bright, and Winter Kendrick filled the entry with his massive shoulders and his giant presence and his unbelievably appealing two-day shadow. He didn’t speak to the hostess. He barged in like he owned the place—which he could have—and swept the room with his icy gaze. He was in a suit and tie, as if he remembered how much his corporate dick persona turned me on and had dressed accordingly. His sharp, pale eyes locked on target, and he brushed through the meat-market singles, practically swatting the riffraff out of his path in his single-minded pursuit of a sure thing.
Me.
“Let’s get out of here.”
Not exactly the heartwarming declaration of love or the long-awaited, well-deserved apology I needed. I almost laughed, because he was an overbearing prick, until I realized he expected me to jump up and follow him.
His approach had worked before, sure, but I kept my ass on the stool, elbows on the frigid Carrara marble, and lifted my drink. In a bistro like Leunig’s, playing it cool was as much a part of the scenery as the amber light and expansive wine list. I could be cool. “I see you left your manners in Berlin. That whole Me Tarzan act—”
“Is exactly what you like, don’t pretend otherwise.” Winter’s glittering gaze found mine in the mirror over the bar. Silver light threaded his recently shorn hair, and he was all hard jaw, crisp cotton, smooth silk tie, and knowing smile. He looked fucking hot, like moving on from our relationship had been kinder to him than it had to me. My mouth dried and I took another sip of scotch. A frown line pinched his perfect brow. “Since when do you like scotch?”
From Baby, it's Cold by Josh Lanyon:
“No,” Rocky said. “Oh hell no.”
“Merry Christmas to you too,” I said. “And for your information, this wasn’t my idea.”
“Where’s Poppy?” Rocky peered past me into the rain, looking for my grandfather, Fausto Poppa—of Poppa’s House. You’ve seen the program. Everyone’s seen the program. It’s America’s longest running cooking show. It’s been on the air longer than there’s been a Food Network.
I said tersely, “Poppy’s sick. He’s got the flu. Why else would I be here?”
Rocky drew himself up to his full height. Which is…my height, which is medium. Yes, he wears it better, although why assorted piercings and tattoos should make a guy look taller, I don’t know. What I did know was that his green eyes were level with mine—and it was very weird to be this close to him again.