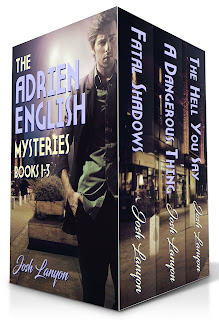 This was our second waking. Round about seven we’d made love, talked, and eventually drifted back to sleep. It had been a hell of a week. But good things come to he who waits.

I added, “Especially for a guy with confetti in his hair.”

Jake, who had been staring, unblinking, at the slanted bedroom ceiling, turned his head on the pillow and studied me. His mouth quirked. “I’m a serious guy.”

“You’re a pretty serious guy yourself.”

“Mm. I have my moments.” I scooted over so I could wrap my arm around him, could rest my head on his chest. You wouldn’t think hard muscle and sinewy planes would make a comfortable pillow, but in fact, it was the best pillow on the planet.

My movement gusted warm, pajama-clad male scent from beneath the sheet and blankets. Scout rose with a reproachful look and shook himself before resettling next to my shins. I closed my eyes and listened to the calm, steady thump of Jake’s heart beneath my ear.

“Everything okay?” I murmured.

“Yeah.” His breath ghosted against my face as he said, “Just running over my list of New Year’s resolutions.”

“That’s interesting. I never thought of you as a New Year’s Resolutions kind of guy.” 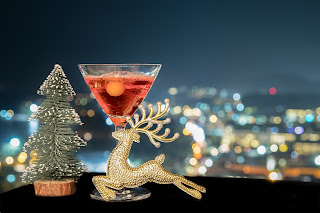 “Oh hell yeah,” he said on a sigh that sounded surprisingly weary. “I was always big on resolutions.”
My eyes popped open, I raised my head, started to ask, but he preempted me. “What about you? Are you a New Year’s Resolutions kind of guy?”

“I didn’t used to be, no.” That was the truth. I had always figured resolutions were for people who could plan on a nice long—anyway, the bad old days, and no point looking back when there actually was so much road ahead.

Even so, I hadn’t even considered making a New Year’s Resolution. I had made promises to Jake, of course. Promises to take time off, promises to take Scout to obedience training, promises to be a better boyfriend—er, fiancé, now. That kind of thing. Not really the same. Not what Jake was talking about.

Or rather, what Jake didn’t want to talk about.

“I think we should elope,” I said, and I wasn’t kidding.

“What? Why not? You already did the big Catholic wedding thing and I sure as hell don’t want to go through—”

I sat up—to the disgust of both Scout and Tomkins, who had been curled atop the snowy bank of pillows behind our heads. “Wait a minute,” I said mildly. “Don’t I get a say in this?”

Jake sat up too. Our knees brushing beneath the blankets as we faced each other. “You get a say in every other part. In fact, you get final say on everything. Except this.” A muscle tugged at the corner of his mouth. He reached over to pick a crinkled thread of blue and red and white paper from my hair. Jake’s nephews, Cody and—oops, no, Cory and Rory—had been firing those party poppers at us as we’d said our goodnights. Possibly channeling some of the family undercurrents?

“Yeah, but this is kind of the big decision.” 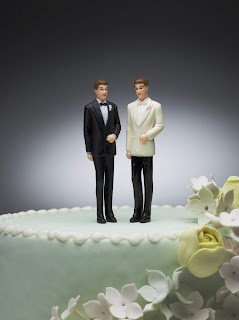 “That’s right, and your mother already made it.”

He drew a long, controlled breath. “It’s not about—for me, it’s not about the social occasion or our families or the eyes of the law or any of that.”

We weren’t kidding around anymore, but then we probably hadn’t been to start with.

I said quietly, “I know that.”

“But it’s important to me and I believe it’s important to you for me to be able—willing, willing with all my heart—to stand beside you and pledge before…man and God and, yes, your mother, to love and honor and…cherish you every day of our lives.”

I blinked back the sudden, silly tears. “It’s not a test. You don’t have to prove—”

He cut me off with a low, “I know that. I know you’re not asking and possibly don’t even want it if it comes with a bow tie, but I think it’s important for us and for the kind of marriage we want. Am I wrong?”

My face did that quivery thing that happens when you’re trying not to show you’re close to crying. I shook my head, leaned into him, whispered, “You’re not wrong.”

He bent his head, kissed the tears leaking out beneath my eyelashes.

We held each other for what felt like a long time.