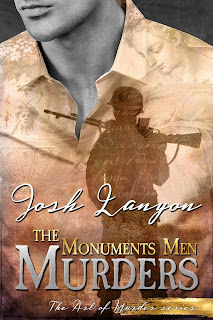 Good morning! Meg Perry is back this morning with a sweet little bit of holiday crossover.

Are you enjoying this year's Advent Calendar? Please take a minute or two to let our contributors know you appreciate their efforts. :-)

The AIDS Project Los Angeles Holiday Gala was in full swing at the Getty Museum. Tuxedo-clad waiters circled the room incessantly, offering champagne and hors d’oeuvres. In one corner, a quartet laid a soundtrack of smooth jazz under the buzz of conversation. The men shone in their tuxes; the women sparkled in their finery. From all indicators, the fundraiser was a smashing success.
Jason West was miserable.
His – boyfriend? No. Significant other? Maybe. He had trouble identifying exactly what to call Sam Kennedy – was supposed to have been here this weekend. But crime had no soul. It didn’t give a shit what Jason wanted. Sam had to work through the weekend, and their plans had been postponed.
Jason’s disappointment had morphed into dismay when his sister Sophie had called last night, less than an hour after his conversation with Sam. “What are you doing tomorrow night?”
“Why?”
“Clark was called back to Washington for an emergency vote.” Sophie’s husband was a U.S. Congressman, one of the few remaining Republican representatives from California. “I need an escort to the APLA Gala.”
“No.”
“Why not?”
“I don’t want to.”
“Not good enough. Is that guy in town?”
That guy. “No. He’s stuck in Washington, too.”
“And your intention is to sit at home all weekend and mope? Not on my watch.”
Jason spluttered. “Your watch?”
Sophie laughed. “Yes, tomorrow is my day to watch you. Come on, Jason. There’ll be plenty of food and drink, and I’ll introduce you to people who want to talk about art.”
Jason sighed. He knew that she’d continue to browbeat him until he conceded. “Okay, fine. But you’re driving so I can drink.”
So, here they were. Sophie had introduced him to several people who indeed did want to talk about art – specifically, what hung on their own walls. Or, more commonly, what sat in climate-controlled warehouses within the Foreign Trade Zone at Long Beach, avoiding taxes.
Why buy art if you didn’t care to enjoy it? The practice was beyond Jason’s understanding.
He snagged another glass of champagne from the tray of a passing waiter and took a long drink. Sophie glanced over his shoulder at something then did a double take, a slight frown on her face. “That’s odd.”
Jason asked, even though he didn’t care. “What?”
“Melanie Hayes is over there, with a woman who is not her wife.” 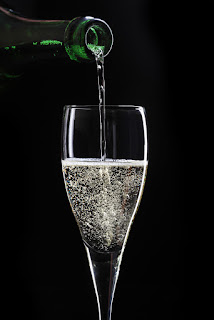 “Who’s Melanie Hayes?”
“She’s a partner in Anderson and Hayes, the first gay law firm in Los Angeles. I’m surprised you don’t know of them.”
Jason shrugged, still not caring. Sophie said, “Come on. I’ll introduce you.”
“But…”
Sophie took him firmly by the elbow and turned him 180 degrees. He stopped, momentarily forgetting his misery. Even as a gay man, he was impressed. “Wow.”
Both women were simply stunning. One was of medium height, with long, curly dark hair and alabaster skin. She was wearing a backless red dress, accented with a multicolored opal necklace.
The other woman was tall, as tall as Jason in her heels, and slightly tanned, with dark hair in a bun, dark-framed glasses that gave her the look of a sexy librarian, and a little black dress that looked as if it had been poured onto her. The dress was low-cut, but her upper chest was nearly covered by a multi-stone turquoise necklace.
A line from a Don Henley song flitted into Jason’s mind. “Don’t you know that women are the only works of art?” He disagreed but wondered to himself if Henley had these two in mind when he wrote the song.
The women turned as Jason and Sophie approached. The curly-haired one smiled. “Sophie! How are you?”
“Fine, thanks.” The women exchanged air kisses, then Sophie waved her hand at the crowd. “Another smashing success, I think.”
“Absolutely. Did you see Neil and Mark? They’re here somewhere.”
“Not yet. I’ll find them eventually.” Sophie turned to the other woman, who’d been studying Sophie and Jason with interest. Jason quelled the impulse to check that his fingernails were clean. “Hello. I’m Sophie Vincent. This is my brother, Jason West.”
“Kristen Beach.” The woman shook hands with both of them; Jason was surprised at the power of her grip. “I’m subbing for Ali tonight.”
Sophie’s expression was pure innocence, as if she hadn’t been wondering at all. Jason glanced at Kristen; her expression of faint amusement told him that Sophie wasn’t fooling her. Melanie said to Jason, “My wife, Ali Fortner, is a landscape architect. She just won an enormous contract that’s a rush job and had to meet with the client this evening.”
Sophie said, “Ah. That’s too bad.”
Melanie laughed. “Not for Ali. She hates these things. Fortunately, Kristen’s hubby had to work tonight, too, so I dragged her along.”
Kristen said, “It wasn’t a hard sell. APLA is one of our favorite charities.”
Sophie asked, “What does your husband do?”
Jason winced at the vaguely sexist question. Kristen, however, was cool enough to not bat an eye. “He’s an LAPD homicide detective.” 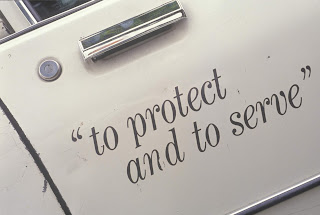 Sophie stared at Kristen. “Really.”
“Yep.” Kristen raised an eyebrow at Jason. “And you’re some sort of law enforcement, too, right? You have the look.”
Jason smiled. “You got me. FBI Art Crime Team.”
Kristen whistled. “No shit, a Fed? And art crime? I bet that’s fascinating.”
“It can be.”
“Do you know Donna Aguilar? She was Gil Hickok’s partner with the LAPD Art Theft Detail before it was disbanded.”
This Kristen Beach was full of surprises. “Yes. Of course. How do you know Donna?”
“Long story.”
Sophie and Melanie had been watching the exchange. Melanie was hiding a smile; Sophie was staring in disbelief. She opened her mouth to speak, just as a female voice from behind her said, “Sophie, hello! Are you enjoying yourself?”
Sophie spun. “Oh, yes. The organizing committee has outdone themselves again…” She and the other woman dove into conversation.
Kristen leaned closer to Jason. “Special Agent West, you look like you’d rather be boiled in oil than spend another minute here. Why don’t we go find some real food and drink?”
“Oh. Um, that’s tempting, but Sophie is my ride.”
Melanie said, “We’ll take you home.”
“Are you sure? I mean, we just met.”
Kristen delivered a friendly thump to his shoulder – fortunately, his good shoulder. “You’re a cop. That means you’re family. Come on.”

They ended up in Venice, not far from his bungalow, at a club called El Caribe. The place was packed, but the maître d’ greeted both women by name, eyed Jason with open interest, and immediately showed them to a table.
They ordered drinks and a huge platter of appetizers. Jason was tickled to see that both women fell on the food like hungry wolves. He wiped his fingers after downing a tomato basil bruschetta and asked, “How do you know Donna Aguilar?”
Kristen swiped a spring roll through a puddle of duck sauce. “I’m a librarian at UCLA. We had a theft of a rare cello score from the music library a few years ago. Donna was the lead investigator on the case.”
Melanie – who went by Mel – said, “I can’t believe they disbanded the unit.”
Jason agreed. “Neither can I.”
Kristen asked, “Has it increased your workload?”
“Not a lot. We already cooperated with LAPD on most of their cases. But over time it will.” 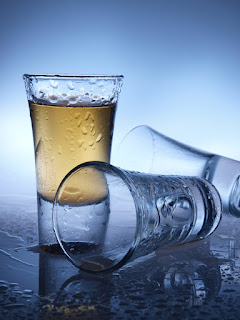 The hunky male server, who was extremely attentive, appeared at Kristen’s shoulder. “Ready for refills on those drinks?”
Jason drained his beer and tipped his glass at the server. “You bet.”
Mel said, “No, thanks, I’m driving.”
Kristen said, “Bring it on.”
“Yes, ma’am.” The server winked at Jason and strolled away, ensuring that Jason had plenty of opportunity to admire his assets.
Kristen noted the expression on Jason’s face and grinned. “You must not be single.”
“No. I mean, not exactly. It’s complicated.”
“Isn’t it always?” Kristen propped her chin on her fist. “Tell Auntie Kristen all about it.”
Jason wouldn’t typically bare his soul to a near-stranger, but he’d ingested just enough alcohol to lower his inhibitions. He poured out his entire history with Sam, from the first time he laid eyes on him in New England to their conversation about living together. He concluded with, “I don’t know what to do. I love Sam. He says he loves me. But I feel like he made the offer solely because of my job situation, and he basically admitted that. So…”
Mel asked, “When will you know about the job?”
“No idea. I’m on administrative leave, and the powers that be keep putting me off.”
Kristen said, “My advice? Do it. Move to Virginia. Life is short. You should grab happiness when you can.”
Jason gazed into the depths of his beer. “But what if it goes bad?”
“Then you cry, scream, shake your fist at the gods. And keep living in spite of it.”
Jason eyed her. “Sounds like you have some experience in that realm.”
“Yup. I was lucky. I got a second chance.” Kristen rested her hand on his shoulder. “All we have is love, Jason. And where there is love, there is life.”
“Shakespeare?”
“Gandhi.”
He snorted. “Seriously?”
Kristen grinned. “Trust me. I’m a librarian.”

It wasn’t much longer before Kristen and Mel both received I’m home texts from their spouses. Jason offered to walk the few blocks to his home, but Mel wouldn’t hear of it. When they pulled up to the curb in front of his house Jason said, “Thank you. This evening has turned out a lot better than I expected.”
Kristen twisted from the passenger seat and smiled at him. “Stay in touch, Special Agent West. My email is on the UCLA Libraries website.”
“I will.” Jason reached for the door handle...and stopped when his porch light turned on. “Um. That shouldn’t happen.” 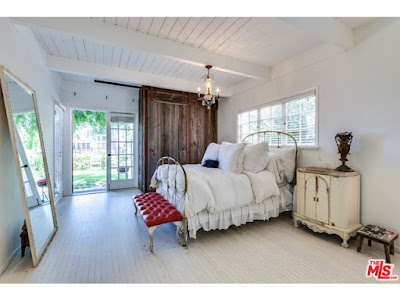 His front door opened, and a familiar shape filled the doorway. Jason sucked in a breath. “Sam.”
Mel said, “Hey! Merry Christmas to you!”
“Absolutely!” Jason scrambled from the back seat, then turned and waved as the women drove away.
Sam met him on the front porch. “That wasn’t Sophie’s car.”
“Nope. I ditched Sophie hours ago.”
Sam flashed a grin. “Good man.”
“Why are you here? I mean, how are you here?”
“I don’t practice the art of delegation nearly enough. Today, I did.” Sam smiled at him. “You’re drunk.”
Jason poked him playfully in the chest. “That’s my profiler. Never misses a beat.”
Sam laughed and took his arm. “Come on. I intend to take full advantage of your condition.”