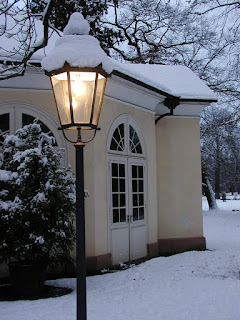 George had been definite. He could not make it make it back to the States for Christmas.


“You can’t ask for the holiday off?” I’d asked. Since George hadn’t been home in four years, I thought maybe he could reasonably make that request--and that it might even get a thumbs up from Corporate. Or whatever code name they used for London. But nope. George declined to even ask.


Which sort of...hurt. We hadn’t seen each other since Merry Old E., and that had been five months ago.


Half a year. If we rounded up. Which is the rule in life as in math. Round up.


Was this more of George testing me, of me needing to prove I was really, honestly invested? Or was it George losing interest?


A couple of times I even thought I should ask him outright. Dude, are we through and you just don’t want to break my heart or something?


But I didn’t ask. I just kept hoping I was wrong. I needed something to hang onto, and poor George was it.


The deal I’d made with my parents was that I’d do a year’s apprenticeship with my dad in his architectural firm while I figured out where I was going to go to film school--assuming I could get in anywhere.


But was I going? I felt like it kind of depended on George. He hadn’t asked and I hadn’t told him.


My parents, of course, believed I’d change my mind about the whole film school thing. Also the whole being gay thing, which they attributed to ongoing upset over getting dumped by Amy and being confused and lost and generally…young. They figured I had turned to George because of timing and trauma.


It’s was the first time I ever heard that fighting bad guys could make you gay, but okay. Interesting take on law enforcement. Anyway, I had my stuff to work through and they had theirs.


It wasn’t as bad as I’d thought working for my dad. I didn’t hate architecture. Not at all. Architecture is a very cool gig, as a matter of fact. It just wasn’t how I wanted to spend my life. But, as everyone I talked to pointed out, there were worse ways to spend your life, and not everybody got to do what they loved for a living. That was the point of having a hobby.


My dad said the only thing that would really disappoint him was if I deliberately chose something I didn’t want for my future because I was afraid to talk to him. Which was a pretty solid 9.9 on the Dad Scale, grading from 1 (deadbeat dad) to 10 (rescues-kid-who-is-not-even-his-own-from-burning-building dad). Very nearly heroic, given how long he’d been planning on me joining the family firm.


And then very casually my mom mentioned that Mrs. Sorocco had said that George was coming home for Christmas.


And that sort of hurt too. But was also exciting because…George. On the same continent at the same time. We might talk. We might do something besides talk.


“So you are coming home for Christmas?” I asked George the next time we talked.


He swore and my heart sank. But then he said gruffly, “Damn it. I wanted that to be a surprise.”


I wasn’t exactly sure what that meant, but it was probably the most promising thing he’d said yet. About anything.


That was Christmas Eve.


I went to bed that night trying to maintain in the face of my excitement that Santa was bringing me George.

Or sort of. Because George literally arrived around on Christmas day,  and was whisked away into the family fortress. There was no opportunity for even a brush pass or whatever the hell the spy term was for a chaste hug hello. George waved at my window on his way into Sorocco HQ, and I waved forlornly back.  The Berlin Wall couldn’t have seemed more insurmountable in those five minutes than Mr. Sorocco’s tidy boxwood hedge. The geometric squares of snow-covered lawn and shovelled driveway in front of our separate embassies could have been no fly zones.


Diplomacy? Détente? Defection? I was more confused than ever as I tried to choke down turkey and gravy and stuffing.


I almost asked if she was being ironic, but the front doorbell rang, and I practically knocked my chair over answering it.


George stood on the stoop, framed in twinkling lights and the two potted, beribboned juniper shrubs. The Spy Who Wasn’t Sure if He Wanted to Come in From the Cold. He wore a dark overcoat and his most severe horn-rim specs. Flakes of snow melted into his neatly combed hair. He looked handsome and serious in a sorry-to-have-to-revoke-your-passport kind of way.


I heard his oof as I knocked the wind out of him with my hello hug. Possibly more of a hello tackle.


“God, George. I can’t believe you’re here.” Not dignified, I know. But sincere.


“Hey,” he said in a very different tone of voice. His arms locked around me and he hugged me back. Hugged me the way you’d expect to be hugged after you return from deep space exploration. “Hey,” he said again.


“I didn’t think you were ever going to get here.” I wasn’t just talking about arriving for Christmas, and I think he knew it because when I raised my head, he kissed me.


He kissed me like he’d thought he was never going to get there either, and it made up for a lot.


When we broke for air, he drew me out onto the step, pulled shut the door, and led me around the house and out to the backyard and up into the tree house.


My teeth were chattering--I hadn’t had time to stop for my jacket--and George took off his coat and wrapped it around my shoulders, and then wrapped his arm around me for good measure.


“Poor old . Has it been tough?” he asked sympathetically.


“It’s been h-hell,” I replied, snuggling closer. “But not because of my family or friends or anything. That’s been…weird, but mostly okay. A lot of it has been good. Better than I expected.”


He kissed the top of my head--like he was kissing my five year old self--and I said, “George, don’t.”


Behind the severe glasses, his eyes were guarded.


“You’ve got to listen to me,” I said. “Because this is unfair to both of us, and you’re going to wreck any chance we might have.”


That expression I knew well. The lordly George of my teens. The George who firmly believed he knew best. Knew everything.


I headed him off with a quick, “No, listen, George. I know you’re doing what you think is best for both of us. You don’t want to hurt me and you don’t want to get hurt again. I get all that. But there is no insurance policy for this. Maybe it’ll work out for us and maybe it won’t, but it sure as hell won’t work out if we don’t try.”


He opened his mouth again, but I kept talking.


“And this…cooling off period or whatever it’s supposed to be isn’t realistic anyway. If this is supposed to be for my sake, then it really doesn’t make sense because you’ve set up a scenario where I can’t move on. Because I’m still waiting for you.”


“You’re not supposed to be waiting for me!”


“.” He sounded soft and regretful.


“If you know for sure it’s not going to work, that you don’t feel enough for me to really try, then tell me.”


My heart stopped. I stared at him.


His face twisted and he said, “No, I mean I don’t think that. I would tell you if I thought that. I…want it to work. I want it to be right. But wanting it won’t make it true.”


“Yeah, but it’s a start.” I had to wipe my face. I was so cold, I hadn’t even felt the tears falling until I was tasting them. “I don’t know why I ever agreed to this because it’s the worst idea ever. It’s completely illogical. The only way we’re ever going to know if it might work out for us is if we actually try.”


“We’ve already put in half of the year you wanted.” 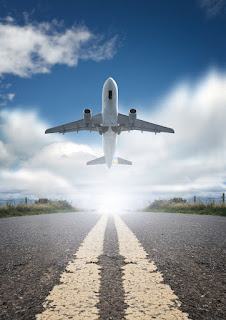 
His head bobbed, acknowledging a point.


“I can’t take it, George.” I just didn’t have it in me to pretend anymore. No more of the cheerful, optimistic, adulting of the last five months worth of phone calls. I could hear the weariness in my voice, and I think he could too. “If it’s a test, then I fail. I’m sorry. I just feel like you’re coming up with excuses not to be with me.”


“I didn’t know you felt like this,” he said finally.


I said a little bitterly, “You didn’t want to know.”


He seemed to be thinking that over. “That’s not true,” he said finally. Ever the intelligence analyst.


“I can’t guarantee anything,” I said. “Except that I’m done. And if anyone ought to understand that people aren’t predictable, it’s a spy, George.”


He gave a funny, wry little laugh. “Maybe you have a point.”


I sighed and rested my head on his shoulder. I could feel him thinking. I could practically hear the gears turning.


“Okay then,” he said finally. “How do you see this working?”


“I want to move to London and start LFS next year. Is that what you want?”


“If you don’t want to live together that’s okay, but I would like to--”


“I would like to try living together,” he said.


I raised my head to stare at him. “Well, George, if you were going to give in so easily what have we been waiting for all these months?”


He was smiling. A sort of silly, sort of self-conscious smile that looked an awful lot like the George I’d used to know once upon a time. Before he became a secret agent and learned to hide everything he felt. Maybe even from himself.


He said, “I think maybe…this. Maybe for you to see that I was always going to give in the first time you asked--and really meant it.”