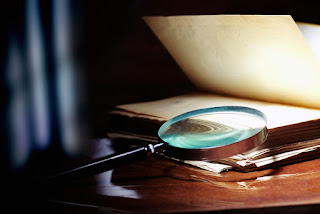 This is from mystery author Meg Perry who writes the Jamie Brodie series -- and it's a crossover with the Adrien English world.

Grab a cup of coffee or whatever your favorite reading beverage might be. You're going to want a few quiet minutes to sit and enjoy.

Well, dammit, she felt grim. She squared her shoulders and walked into the West LA station of the Los Angeles Police Department. Her new workplace.
She’d asked to be transferred as far away from North Hollywood Division as possible. But there weren’t many available openings for detectives. West LA was the best she could do.
For better or worse.
Ha fucking ha.

She was buzzed through a door and directed down a hallway. “Second door on your left.”

The first door on the left was apparently the detectives’ room; Kate heard banter and smelled burned coffee. She knocked on the second door. A male voice said, “Come in.”

As she entered, the man behind the desk closed a manila folder and stood. He was thin and greying, with intense eyes. He held out his hand. “Detective Keegan? James Banner. Welcome to West LA.”

Out of the corner of her eye, Kate saw a second man unfold from a chair. She turned to see a big, blond guy. About 6’4”, muscular.

She must have flinched; the blond guy had a curious look on his face. She tried to rearrange her expression into neutrality. Calm. Centered. Professional. The guy was holding out his hand. As she took it, he gave her a wide, disarming grin. “I’m Kevin Brodie. Your temporary partner.”

He tilted his head to the side slightly, assessing her. “You too. I’m looking forward to working with you.”

Lt. Banner spoke. “Brodie will show you your desk, get you settled in. I’m leaving for a meeting downtown, but if you’ll stop in at the end of shift, I’ve got papers for you to sign.”

“Yes, sir.” Kate turned and saw a second door, leading from the side of Banner’s office directly into the detectives’ room. Kevin gestured for her to go ahead of him.

The room was cramped, with cubicles jammed together in random arrangements. Against the outside wall was a row of doors. Kate pointed to them. “Interview rooms?”

A scraggly artificial Christmas tree was jammed into the corner beside the coffee pot. Some wise guy had decorated it with several pairs of handcuffs.

As she passed, conversations faded out as the other detectives watched her approach, then struck up again, more softly.

And she was the only woman in the room. 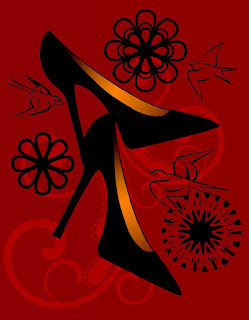 Kevin led her to the far corner, where four desks were arranged perpendicularly to each other in a sort of pinwheel. One of them had a clear surface, except for a computer and a thick blue notebook. Kevin nodded to the one across from his. “That’s your desk. I booted up the computer, but you’ll need to sign in. I don’t know what’s in the drawers - I think Elias cleaned it out pretty well.”

“Thanks.” Kate signed in to the computer and studied Kevin while she was waiting for it to boot up. On closer examination, he didn’t look that much like Jake. For one thing, he was at least ten years younger. His eyes were blue, not hazel, and he had a sprinkling of freckles across his nose and cheeks which made him look even younger. His hair was longer, and rumpled, and looked as if it tended to curl. He was built differently, too: whereas Jake’s muscles had been the result of hours in the gym, this guy was...rangier. He looked like an athlete, not a gym rat.

And there was that disarming grin again, which also wasn’t in Jake’s repertoire. “You flinched when you saw me in Banner’s office. Everything okay?”

Calm. Centered. Professional. “Sure. You reminded me of my ex for a minute, but you really don’t look much like him.”

“Glad to hear it. We don’t need that reminder every day, do we?”

“No.” Change the subject. She gestured at the other two desks. “Who do these belong to?”

Kevin pointed to his left. “This one is my partner’s. Jon Eckhoff. He’ll be here shortly. The other one belongs to the guy who will be your permanent partner. Max O’Brien. His transfer from Pacific isn’t official until next week.”

She picked up the blue notebook. A piece of paper with the word Vance written on it was slipped under the plastic protector. “This is the book for our case?”

“Yep. The victim is Dallas Vance. Twenty-four years old, lived in West Hollywood, stabbed to death in a church parking lot in Westwood. Our initial suspect was a guy named Carson Bondi, a financial planner from Riverside who’d been coming to LA to have sex with Vance every other weekend for the past six months.”

Shit. The case had a gay angle. Of course. She must have flinched again; Kevin was looking at her curiously. “Something wrong?”

“No. I mean...” She sighed. Hell, everyone in the room probably knew already. The news must have spread this far. “My ex left me for another man. I’m a little sensitive about the gay thing right now.”

Kevin frowned. “I understand. But let me warn you, before you go all homophobic on me - my younger brother’s gay. As is Max, your future partner.”

Kate glared. “I’m not homophobic. It’s not that. It’s that I didn’t...” She stopped. Calm. Centered. Professional. “I’d rather not discuss it right now, if you don’t mind.”

“All right.” Kevin nodded at the murder book and continued. “Bondi called 911 and was found at the scene covered with blood. But the murder weapon was missing, and we didn’t have enough evidence on Bondi, so we had to drop the charges. Vance had put up a fight, and we just got the DNA back from under his fingernails. It was male, but didn’t match Bondi. Didn’t match anyone in the system. Bondi thinks he’s being framed, but doesn’t know by whom. We looked at his business rivals, but they all checked out.”

Kate turned past the crime scene photos; she’d come back to them. She turned to a page with a drawing of a knife. “Is this the murder weapon?”

“Yeah, at least the coroner’s best guess. They were able to get some good casts of a couple of the wounds. They couldn’t identify the knife, though. It’s not in any of the databases.”

Kate looked up at Kevin in surprise. “Really? It looks like a carpet knife.”

“A carpet knife. Carpet installers use them to trim the edges as they’re fitting it to the room. You’ve never seen carpet installed?”

“I guess not. You’re sure about that?”

“Yeah. Are any of the players in the case carpet installers?”

“No. But… Let me make a call.” Kevin flipped to another page in the book and dialed a number, then put the phone on speaker. A woman answered. “Hello?”

“Mrs. Bondi? This is Detective Brodie from the Los Angeles Police Department. We spoke a couple of weeks ago about your husband’s case?”

“When we were there, we showed you a picture of a knife. You said it looked vaguely familiar. We think now that it may be a carpet knife. Could you have seen a knife like it when your house was being renovated?”

“Actually…yes.” The voice sounded a little more energetic. “That is where I saw it.”

“Can you tell me what company laid the carpet?”

“No, that was all handled through the decorator.”

Kevin flipped to another page and pointed out a name to Kate. “The decorator being Britt Everly?”

The woman hesitated for a moment, then said, “So Carson is cleared.”

“Yes, ma’am. The DNA results showed that the victim had been fighting with someone else, not Mr. Bondi.”

Kevin said goodbye to the woman and hung up. He leaned back in his chair and gave Kate another of those wide grins. “You may have just busted this case open, Detective Keegan. And in your first hour with the West LA division. That’s got to be some kind of record.”

Kevin tilted his head and studied her again. “You’re pissed off.”

“Did his wife know anything about what he was doing up here?”

“Yes. Which is one of the reasons we didn’t believe his story at first.” Kevin leaned forward and spoke softly. “Listen. I know who your ex is and what happened. You’ve got a right to be angry.”

Kate crossed her arms and snapped, “Thank you for telling me how I’m allowed to feel.”

He held his hand up. “No, no. I didn’t mean it like that. I’m just saying – this is a safe space. You can say and feel whatever you want.” 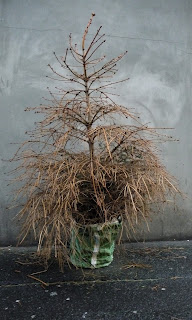 “It’s just…” She waved her hand at the pathetic excuse for a Christmas tree in the far corner. “It’s a difficult season.”

“Understood.” Kevin pointed to the corner behind him, where an unadorned metal pole stood. Kate hadn’t noticed it before. “Do you know what that is?”

She frowned. “An amputee coatrack?”

“That’s okay, neither did I. This started out as Jon’s thing. But it’s a tradition now, here at West LA Homicide. On December 23 we gather around the pole for the Airing of Grievances. And we always have plenty of grievances.”

“Completely.” He reached into his desk drawer and produced a legal pad and a pen, which he handed to her. “Want to make a list?”

Kate uncapped the pen. “I’ll warn you, it’s gonna be a long one.”

She shook her head, chuckling, and began to write.

You can find out more about Meg Perry and her work right here.