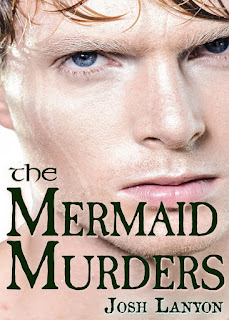 
He didn’t expect to hear from Sam on Christmas Day.


By now Jason understood enough to know anniversaries, holidays and family get-togethers were problematic for his…well, what were they exactly?


More than friends and less than lovers.


In fact, anytime he thought about it--something he mostly avoided--he was reminded of that scene in Young Frankenstein where Frau Blucher declares, “He vass my…BOYFRIEND!”


Except Sam wasn’t. Was he?


As a matter fact, Halloween was the last time they’d really talked. Coincidentally he’d heard from Dr. Jeremy Kyser too. That was after he’d spoken to Sam though.


Anyway, it wasn’t like Jason was sitting around waiting for newly appointed Chief Sam Kennedy’s phone call. As a matter of fact, those months were pretty damned grueling for Jason too. The part he’d had played in ended up giving his own career a nice boost. He was flying all over the country to consult with museums directors and art gallery owners.


No one was shooting at him. That was nice.


It was natural enough, given how much they were both traveling, that they hadn’t actually ever had time for that now legendary date. In fact, they hadn’t seen each other since the summer.


But it was partly the job and partly--


But Jason didn’t have anything to lose. He liked talking to Sam, liked looking forward to what they might do when they eventually hooked up again. In a way there were advantages to not seeing each other.  They could talk more honestly, more openly--like to a pen pal or a radio talk show therapist.


Let’s be clear. Jason vassn’t renouncing…DATING! His schedule didn’t leave a lot of time for anything other than his schedule.


Which pretty much explained June through December. There was no phone call on Thanksgiving and only one very brief call mid-December.


So no. Jason wasn’t expecting a phone call from Sam.


Holidays were a at Stately West Manor. Not Jason’s favorite thing, frankly. The , not the holidays; he enjoyed holidays. Anyway, he believed in picking his battles. Every year, since time immemorial, his parents had hosted a Christmas Eve party for the movers and shakers of the City of . Attendance, while not mandatory, was strongly encouraged. And being ambitious, Jason understood the importance of networking over the wassail.


When his cell phone rang, he figured it was work. Something about the holidays brought out people’s worst instincts. But Sam’s number flashed up and Jason’s heart flashed up with it. He excused himself to his brother-in-law the congressman and stepped out onto the terrace.


The chilly -- for -- night was scented with orange blossoms (the ornamental trees having been artificially forced into bloom) and lit by hundreds of tiny star-shaped lights strung everywhere you could possibly hang a fake celestial body. From the other side of the French doors he could hear a big band version of “Zat You Santa Claus?”


“Hey,” he said, and he could practically hear the champagne bubbles warming his tone. But he was glad to hear from Sam. No point pretending he wasn’t.


“Hey,” Sam said as terse as ever. But Jason could now recognize the gradations of terseness and this level of brevity was Sam practically oozing holiday charm.


Sam seemed to hesitate and for one crazy--and, admit it, thrilling--moment, Jason thought he might be about to say he was actually here in town.


What if this was the night? Light me up with me on top let’s fa-la-la-la-la-la…ahem.


Sam sighed, and it was a weary, weary sound. “The Roadside Ripper.”


Right. The night air was suddenly frosty, bitter cold. The Roadside Ripper serial killings were one seriously ugly case, and Jason was very glad he had no part in it although a lot of the field office was involved. The taskforce was one of the largest ever formed.


In the background Jason could hear the chink of ice and clink of glasses and a lot of too loud voices. A bar. A Vegas bar on Christmas Eve. Come to think of it, he preferred Stately West Manor. 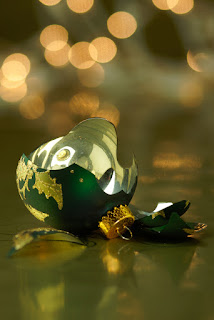 “You okay?” It wasn’t what he meant to ask. But he didn’t know what to ask Sam, and the fact was, he did wonder if Sam was okay. He worried about Sam, although that was probably ridiculous--Sam would probably think it was ridiculous.


“Yeah.” Sam sounded different. Almost…soft. “Are you having a Merry Christmas?”


“Sure. It’d be merrier if you were here.” Now that was definitely the champagne talking.


Sam laughed that low sexy laugh that Jason so rarely got to hear. “I don’t know. I’m not exactly a party guy. I’d do my best to warm you up though.”


“I’m still waiting for that date.”


“I haven’t forgotten.” A jinkle of ice sliding down glass and the sound of swallowing. “So what’s Santa bringing you for Christmas?”


And just like that the tone changed. Still warm, still friendly, but the distance wasn’t only geographic. It made Jason a little melancholy because he was beginning to suspect that date was never going to happen. Still, there had to be some reason Sam continued to phone.


They chatted for a few minutes and then Sam said, “I’d better let you go.”


And Jason made himself reply cheerfully, “Yeah. It’s good hearing your voice, Sam.”


There was another of those funny pauses where he thought he was about to hear something important.


He could feel his heart thumping with an uncertain mix of unease and hope.


It sounded…like something else. Jason said huskily, “Merry Christmas, Sam.”