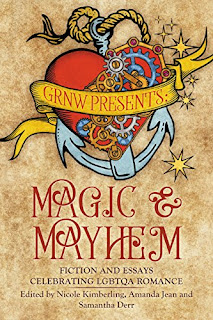 FADE TO BLACK: Ghost and Gene

Off-season they were both broke--that was the reality of island living--so Ghost offered yet again to fix that blowout tat he’d carved onto Gene’s chest twenty years earlier, and Gene declined yet again for sentimental reasons, but this time Ghost put up a fight.


“Yeah, okay dude, it’s part of you now, but that would be the cool thing about this. I’d be building on the past, but it would be something totally new. It would be about…flying into the future. Together.”


That was probably the most romantic thing he’d ever said to anyone ever, and he actually got a little choked up on the word future. Because for someone whose life philosophy was based on the conscious decision of living one day at a time -- of neither borrowing trouble nor putting off till tomorrow -- it was pretty damned close to a vow of commitment.


Maybe Gene saw it because after a moment he cocked his head like a thoughtful rottweiler and shrugged. “Okay, G.”


He didn’t like to call Ghost “ghost” and Ghost didn’t answer to Gordon--was deaf to the name, in fact--so Gene called him “G” which was funny since it was his own initial too. It was actually pretty typical of the way they were together. Goofy, sure, but easy. Very easy. In fact, Ghost had never been with anyone as easygoing as Gene.


So for Christmas he replaced that monstrous evil-looking stapler on Gene’s chest with a vintage China Clipper. It was really gorgeous. One of the nicest bits of art he’d ever done. Gene was flatteringly surprised and complimentary.


“Flying into the future together,” he quoted, preening bare-chested in front of the mirror on the closet door.


Ghost got very red hearing that aloud and in daylight, but Gene kissed all the embarrassment away.


On Christmas day Gene took Ghost for a private helicopter tour of the island, a long, leisurely flight. The kind of thing tourists paid for. He’d been floored when he’d learned Ghost had never had an aerial view of the place he’d lived for fifteen years. 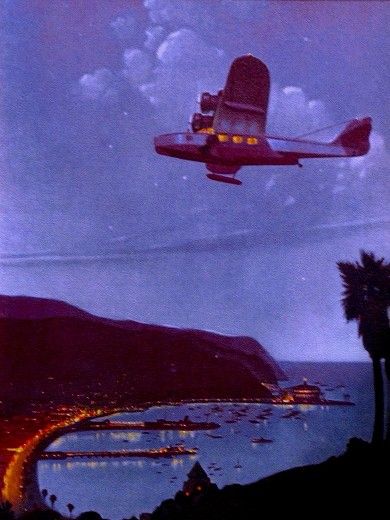 It turned out to be a rougher ride than expected--a storm was blowing in from the south--but Gene remained cool and capable, and aside from a little bit of queasiness from being tossed up and down in what felt like a tin can, Ghost found the whole experience kind of exhilarating.


As a matter of fact, he found life with Gene in general kind of exhilarating.


Safely back home they had one of those little turkey loaf things with Stovetop Stuffing and mashed potatoes and frozen corn (only not frozen, of course).


They split a six pack of and Ghost said, “Should we toast to something?”


Gene grinned, gold incisors showing, and clicked the bottom of his bottle to Ghost’s. “Here’s to our next fifty Christmases together.”

Fade to Black is part of the charity anthology Magic and Mayhem. Which you can purchase here in print. And here in Kindle.
Posted by Josh Lanyon at 1:00 AM