As some of you -- hopefully most of you! -- will recall, I wrote Christmas codas to some of your favorite stories last year as a little present for my readers. I had many, many requests to bundle those stories into a collection, even if it meant charging for them.

So I decided to do that, and I decided to add to the existing codas by writing about ten more. I thought I would also included recipes for cocktails and meals within the original stories -- or recipes that just seemed to say an additional something. :-)

I decided that $2.99 would be a fair price given that I am paying for cover art, editing, and formatting.

But I also decided that since the idea behind the codas is to gift readers in thanks for their support and generosity throughout the year, I would also run the codas (most of them, anyway) on my blog site where they could be read for free.

Starting Monday, I'll begin posting the new codas for your enjoyment. The coda collection will not be out until probably the end of next week or so, but it will be available for $2.99 as promised. And I think maybe we'll make this a tradition and every year I'll write new codas and add them to the collection. Maybe. We'll see what the response is this year.

Anyway, the point is, you can read the codas for free or you can buy the collection -- or both! The codas are a little holiday gift to you, my readers. I hope you enjoy them.

Here's the lovely cover by Johanna Ollila, one of the wonderful moderators of my Goodreads group as well as a gifted talented artist. 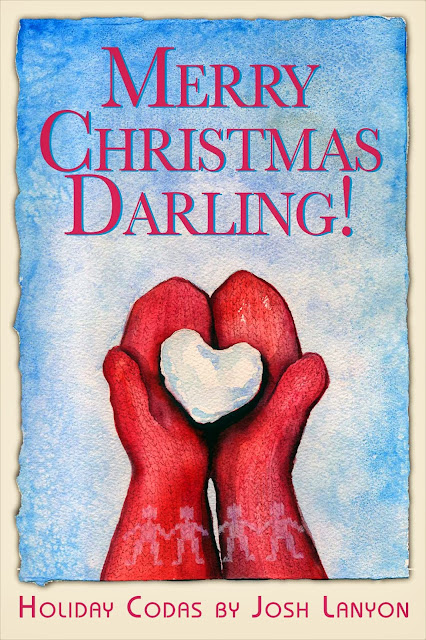