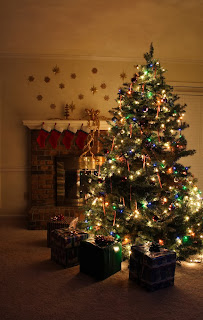 Glen and Nash from IN PLAIN SIGHT


Nash did not have any holiday traditions. He had holiday habits. Christmas dinner with his parents every couple of years. New Year’s parties with work colleagues. Gifts of booze to male colleagues and gifts of coffee to female colleagues. He probably hadn’t bought a Christmas tree since he’d had college roommates to help decorate it.


So that had been the first question. “Should we get a Christmas tree?”


Well, not the first question. The first questions had taken place while Glen was still in the hospital recovering. Those had been the big questions: where are we going to live and who’s giving up his job? A two-part question really. And he’d known the answer before he asked.


He would transfer to the Salt Lake Division and work out of . He told himself Glen required every penny of his health insurance right now, so that meant Glen needed his job more, but the fact was, Nash was embarking on a new life and that meant from now on his job was just that, a job. He’d sell his house in and move in with Glen.


“Are you sure?” Glen had asked more than once. As happy as he was, he was afraid Nash was making a mistake. And if Nash was honest, he occasionally wondered too. But then he would think of that terrible, terrible time when he had not known whether Glen was alive or dead, and everything seemed clear again.


His house was still on the market — it was not a good time to try and sell — and it had taken six months for his transfer to go into effect, so he and Glen had been living together for less than two months by the time the holidays rolled around.


They were still getting to know each other so they were a little careful with each other. Well, a lot careful.


Glen had admitted once, revealingly, “It’s like we’re doing this backwards.”


“Compared to the alternative?”


That was exactly right. They were starting from the standpoint of knowing they loved each other and wanted to be together. But could you really love someone you didn’t know?


It seemed the answer was yes, because Nash did believe he loved Glen. More than he had ever loved anyone in his life. Every morning that he woke up beside Glen was a good morning. It just felt right. It felt like he was finally home. It didn’t matter who technically owned the real estate. He felt Glen’s smiles in his chest. He felt at peace listening to Glen’s quiet breathing in the night. And his not quiet breathing made him smile. He liked talking to Glen over breakfast and not talking to him over breakfast. They didn’t have enough dinners together, but he enjoyed those too.


He was regularly adding to the small store of everything he knew about Glen. He now knew that Glen liked basketball and photography and fishing and camping. He was an Independent, a non-church-going Protestant, and he did not want children. He did not care about marriage, but he cared very much about commitment. He was close to his family and generally spent the holidays he didn’t work with them.


Which brought them full circle.


“A Christmas tree? Sure,” Glen had said. And then, “I don’t have any decorations or anything. But if you want a tree…”


“I just thought maybe you would,” Nash said hastily. Now he felt silly. He never bothered with this kind of holiday stuff.


Glen had looked undecided, and then he’d said, “Well…”


Nash joked, “Are we the kind of guys who get a Christmas tree?”


Glen stared at him and then he’d seemed to relax. “I think we are. I think we should…” Then he’d stopped looking self-conscious.


Glen had said, “Should start building our own traditions.” He’d looked so serious and hopeful that it had been all Nash could do not to grab him then and there.


That was it exactly. They needed to build traditions together. Their own traditions. 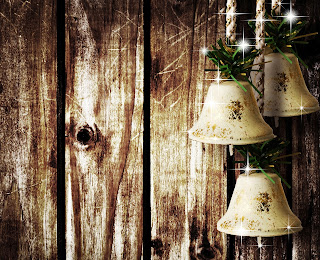 And just the process of picking their first tree was instructive.


“Real.” Glen had been definite.


Glen had laughed. “That’s okay. I’ve had my fill of lumberjacks.”


Nash had spluttered, but moved on. “Flocked or unflocked?”


Nash had volunteered, “But it is pretty.”


“Flocked it is,” Glen had said easily.


“So. The important question. How big?”


Glen had met Nash’s eyes and started to laugh. Nash had grabbed him then.


Glen’s mother had supplied a handful of family ornaments that probably qualified as heirlooms. They had bought the rest themselves at the drug store. Pretty, frosted gold balls, ropes of shiny red beads, and a few silly things — glass balls with bewildered-looking moose and nervous reindeer.


Not every decision would be made as quickly, and not all the compromises would be as easy, but as Nash sat on the sofa in front of the fire that night, arm around Glen’s shoulders as they admired their handiwork, he felt truly at peace.


Until that moment Nash had always imagined joy as something big and bright and noisy. But in fact joy was also as small as the gleam of firelight on two pairs of slippers, obscure as the reasons for love, and quiet as two people who did not need words.