Nathan and Matthew from SNOWBALL IN HELL

New Year’s Eve in the City of .
Not so many angels out and about that night, and Matthew and his squad were kept busy with a knifing, two shootings, and an attempted kidnapping. By the time Matt finally got away it was about twenty minutes till the Witching Hour. He made for the Biltmore Hotel, knowing Nathan would be there. 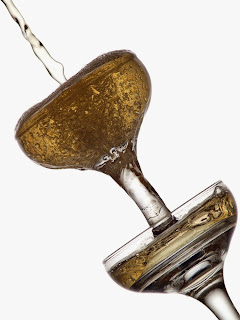 It was standing room only at the Biltmore, dames and gents alike in silly hats and tinsel tiaras, blowing plastic horns and paper fizoos in each other’s faces. Everybody was talking and nobody was listening. The floor was littered with soggy confetti. Champagne glasses were overflowing, and seeing that this was the Biltmore, maybe it really was champagne spilling down the fronts of party frocks and dress uniforms.
Matthew worked his way through the crush of people in the elegant lobby with its parquet floors and rich jewel-toned carpets and carved ceilings. He made it to the bar but couldn’t find Nathan anywhere. He knew what that meant, and his heart sank.
Well, what had he expected? He had thought things were different now, but Nathan had been honest about what he needed, and Matt would somehow have to learn to accept it.
And if he couldn’t accept it… Then he would be equally honest.
But he wasn’t there yet. Not by a long shot. Yes, he was disappointed and, yeah, it hurt like hell that Nathan couldn’t do without for a single night, but Matthew had entered into this knowing he was going to have to take Nathan as he was. So he resisted the urge to search any further. Finding Nathan rolling around in the undergrowth at wasn’t going to do either of them any good.
So Matt left the party as was chiming and drove home through the eerily silent streets. He tried not to think about Nathan or his own disappointment. He thought he was mostly successful, but when he reached his own street and saw Nathan’s Chrysler Highlander parked in front of his house, happiness and relief hit him in a warm rush. And with it a little stab of shame that he had wronged Nathan. It was frightening to care so much about someone you knew so little.
He parked beneath the trellised carport and walked back to the street. Nathan was sleeping in his car, head tipped back, his hat over his face. When Matt tapped on his window, he jumped and then grinned sheepishly, tiredly.
Matthew opened the door and Nathan unfolded wearily. 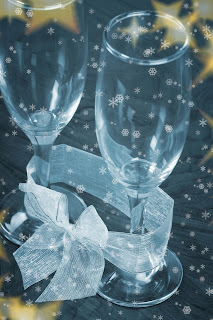 “Come inside,” Matthew told him.
Nathan threw an instinctive look at the dark windows of Mathew’s neighbors. “No. It’s all right. I just wanted -- needed -- to wish you…Auld Lang Syne. It wouldn’t have seemed right to start the new year off without seeing you.” He offered his hand.
Matthew took his hand, but didn’t release it. “Come inside,” he said again.
He could see Nathan wavering, recognized the longing because he felt just the same. Nathan said reluctantly, “Your neighbors are going to notice if I spend another night here.”
He was right, but Matthew just couldn’t bring himself to care enough to give up the pleasure of being together even for a few hours. He placed his other hand on Nathan’s shoulder, guiding him toward the house. “Then we’ll have to think of some reason for you to visit. Don’t we share a Great Aunt Gertrude? How’s she doing these days anyway? How’s her lumbago?”
Nathan shook his head, but Matthew caught the whisper of his laugh. Then he was unlocking the side door and letting them into the silent and dark house. The door closed behind them. Matthew felt for the chain, slid it into place, and took Nathan into his arms. Nathan hugged him back  fiercely.
“Happy New Year, Nathan,” Matthew said softly, and kissed him.
Posted by Josh Lanyon at 1:00 AM