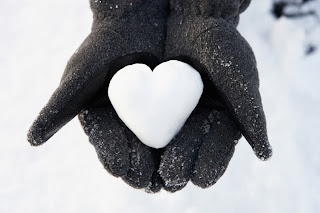 
Finn knew he had to make an effort.


He had been okay at first. Shocked and horrified, but he had been dealing with it. He had to deal with it because he knew Con would never put up with anything else.


But then the sand had started to slip out from under his feet. And suddenly he wasn’t okay. He couldn’t stop thinking about it.


Con had started watching him, frowning, starting to wonder what was the matter with him, starting to question why they were together.


Con denied it, of course. But it was right there in his eyes.


Finn was denying it too, but of course he was thinking the same thing. The only reason they were together was because of Fitch. And that wasn’t a good enough reason. In fact, it was a really bad reason.


He missed Fitch desperately. Which was bizarre because he hadn’t let himself think of Fitch for three years. Now he couldn’t stop thinking about him.


His brain wouldn’t turn off. His thoughts were stuck on a loop. A terrible, terrible loop.


“I need some time on my own,” he had finally told Con.


“I don’t understand,” Con had answered. His face had been guarded, giving nothing away.


Maybe Con had read between the lines. “Why don’t you go back to The Birches,” he had said finally. “Maybe you can work there. I’ve got this book due anyway.”


So it was just exactly what Finn had thought. Con was only too glad to be let off the hook.


He went back to The Birches and he did try to work. He tried to pretend everything was normal. But Martha and Uncle Thomas had seen something that Con didn’t or wouldn’t.


Clinical depression. That was the official diagnosis, and the recommendation was a brief hospital stay “just to get stabilized.” Finn had panicked. Rescue had come from an unexpected quarter. Con.


When Uncle Thomas had phoned to let Con know the situation, Con had shown up within the hour with an alternate plan. He would move into The Birches and lend a hand around the place until Finn was feeling more like his old self. It was a casual, low key offer, more neighborly than loverly, it seemed to Finn. But it had stopped him panicking. He even agreed that maybe he did need a little help.


Con and Martha and Uncle Thomas — and the little pink tablets — had seen him through the worst of it. And now Finn was…trying.


He was better. A lot better. They could all see that. Though it was still difficult.


And today, this morning, was Christmas and he needed to make an effort. Needed to show everyone that he appreciated everything that had been done for him. That they did not have to keep putting him first, did not have to put their own lives on hold.


Finn had finally shaken off his preoccupation last night to ask Con about his new book, and Con had said the book was on hold. Said it absently, indifferently.


That was when Finn had finally, belatedly realized just how much trouble everyone was going to in order to keep him glued together. He had been so dismayed, so ashamed he had nearly gone into another tailspin. But this morning, he’d woken to the determination to stop monopolizing everyone’s time and energy.


This morning, when Con had kissed him as he did every morning and said, “Merry Christmas, Huckleberry,” Finn had really looked at him. Con’s was not a kind or friendly face. In fact, he looked like one of those impious Renaissance priests. He had high, elegant cheekbones and a mocking mouth. His eyes were pirate eyes, dark and enigmatic. He wore his pale hair longer these days, and he did not bother with anything but jeans and baggy wool sweaters. He had always looked so tailored and fashionable, even working at home. Something had changed inside Con too. That morning his smile had been reassuring and the expression in his eyes was attentive, grave and…


“Why are you doing this?” Finn had asked dully several times over the past weeks. “Why are you bothering?”


And each time Con had said simply, “I love you.”


This morning Finn had realized that it was perfectly true. The expression in Con’s eyes was love. That wasn’t complicated at all. That really didn’t have anything to do with Fitch. Or with anyone other than themselves.


Finn had smiled back at Con.


Con’s expression had changed. He had lifted his hand and brushed Finn’s stubbly jaw. And they had simply laid there for a few moments looking at each other. Not speaking. Finn’s brain had felt quiet, almost peaceful, as he considered the cool blue shadows in the corners of the white room. The patterned adumbration through white lace. The shaded dips in the snowy duvet and the bisque flannel sheets.


“What are you thinking about?” Con had asked softly.


Shadows and light. But he wasn’t going to talk about shadows anymore. He’d thrown enough gloom on his loved ones. Finn said, “Light. White.”


And Con had smiled, a very white smile, as though this was exactly the right answer.


He would be back in a minute or two with Finn’s breakfast which they would eat in the privacy of this room, as they had eaten breakfast for the last month. And then they would go downstairs and Finn would make a serious effort to be normal.


It was a good day to start because Christmas was always the same at The Birches. Lots of little traditions and routines to carry him through. Last night they had opened presents in front of the giant, flocked spruce tree in the front room. This morning there would be an endless stream of neighbors and visitors in for coffee and pastries, and this evening they would have Christmas dinner. It was a good day in its own right. The memories were happy. Almost entirely happy. 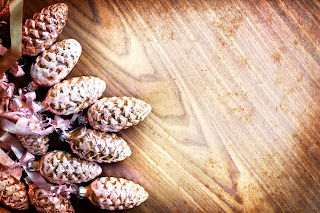 Finn’s stomach growled. Where was Con? It was taking him a long time to get breakfast together.


The door opened and Con was back with the breakfast tray. He was smiling as he set it down on the bed.


“You look like the cat that got the cream,” Finn said. The fact that he was noticing Con’s expression was probably another good sign.


Con did look satisfied with himself. He nodded at the tray and Finn looked down. White china. Oatmeal, milk, sugar. A white rose in a little glass of snow, a piece of driftwood, three smooth white and speckled stones, a glittery piece of white quartz, a white feather, and a wide, creamy silk ribbon. It was as though Con had been on a scavenger hunt.


Finn picked up one of the egg-shaped stones. It felt cool and grainy to the touch.


Finn made a little face, put down the stone and picked up one of the tiny white berries rolling around the tray like waxy pearls.


“You can’t eat those,” Con told him quickly.


Finn rolled the bead-sized berry between his fingers. “No. What are they?”


Finn looked up. Con was smiling with uncharacteristic tentativeness. Finn began to smile too. He reached out his hand.