Griff and Hamar from OTHER PEOPLE'S WEDDINGS


One of those straight-to- horror flicks where the normally intelligent protagonist has a brain cloud and forgets to bring his phone charger — coincidentally on the very same exact night his car breaks down in the middle of nowhere. 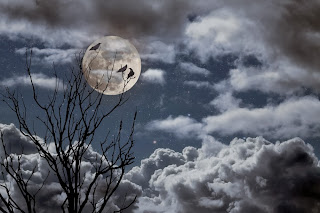 Were Griff sitting in the front row of a theater — or his own living room couch — he’d have been scoffing and making jokes. But instead he was sitting in his car on the loneliest stretch of highway in all of . Or so it felt sitting there in the dark as the wind shook the car. Nothing to joke about, that was for sure.


There was not a house, not a light, not a sign of life for as far as he could see. In the far distance he could just make out the silver framework of a couple of power towers. A tumble weed rolled past his stationary car.


This was his own fault. He should never have attended the Armstrong-Conrad wedding this evening. Who the hell got married on Christmas Eve? He had tried to no avail to get Christie (short for Christmas) to rethink her plans. She already shared a birthday with Baby Jesus, did she really want her wedding tied up with the holiday as well? But yes, it appeared she did. Was adamant on the subject. Originally she’d tried for Christmas day itself.


Griff should have stipulated he couldn’t attend the wedding if she insisted on that date. He should have settled with looking in, making sure everything was running smoothly, and ducking out again. But no. Control freak that he was, he’d stayed all the way until the reception was underway. And now here he was stuck by the side of the road on Christmas Eve.


Worst of all, he couldn’t even explain to Hamar where he was, why he wasn’t answering the door when Hamar finally managed to get off work and come over to Griff’s, which would be… Griff flicked on the cab light and checked his watch. Hamar should be getting off work right about now.


Griff groaned. The sound was startling in the vast surrounding silence.


Okay. Get a grip. It wasn’t the end of the world. Yes, it was horribly disappointing. He’d gone to such pains to make sure everything would be perfect tonight, the first of what he hoped might be a lifetime of Christmases together. He’d bought new sheets, warm, super soft, flannel sheets, and he’d prepared — okay, bought — a very special Christmas Eve supper for them, starting off with smoked oysters. A bottle of Dom Perignon was chilling in the fridge.


Everything was as special, as perfect, as Griff could make it because…because he had realized a couple of weeks ago that he loved Hamar. Not the love for someone he’d grown up with, known like a brother, even had a crush on for a brief time, but real love, grown-up love, the kind of love that made the good times so much better and the bad times bearable. The kind of love that could see you all the way through your old age.


And he hoped that Hamar felt the same. They had been seeing each other since the previous February. Hamar seemed happy to spend most of his — admittedly rare — free time with Griff. He was an enthusiastic and attentive lover. But there had been no words of love spoken between them, no indication that Hamar wished their arrangement to become permanent. Anyway, gay marriage was so far still banned in , so it was sort of moot.


Damn Christie Armstrong. Well, now Christie Conrad. Would she eventually try to schedule the birth of her first child for this date as well? Probably. That at least would not be Griff’s problem.


He sighed, leaning forward to stare out the windshield at the black sky blazing with stars. At least there was no snow in the immediate forecast — although there was still plenty of it along the side of the road. It was okay. He wasn’t going to freeze to death. He had a wool blanket in the back seat and, Christmas or not, someone would be along this road early tomorrow morning. He’d be fine. He’d explain everything to Hamar when he saw him at Christmas dinner. Griff had been invited to Hamar’s mother’s house tomorrow, so that was something to look forward to.


The house would be full of candles and red tulips and there would be dark beer and glögg — mulled spiced wine — with the Scandinavian cheeses, crackers and liverwurst enjoyed before the fireplace. At dinner there would be pickled herring and tart beet salad and the most delicious mustard-crusted ham. Lots to eat and drink and very good company to share it with. 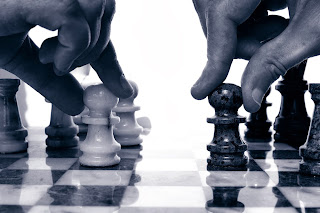 Griff had bought Hamar a hand carved chess set. They had played chess and checkers a lot as boys and they had recently gotten back to playing board games in the evenings. Was that a good sign or was it a sign they didn’t have enough to talk about?


Griff shivered. He turned around and felt for the wool blanket in the back seat. It was below zero tonight, that was for sure. He hoped he could wait till morning to pee. The idea of getting out in that freezing, wind-scoured, pitch-black night was not a happy one.


He bundled himself in his coat, wrapped the blanket around himself, and put back the car seat. He determinedly shut his eyes.


He dreamed he was flying through the bitterly cold night on Santa’s sleigh. Griff grabbed the toys and parcels from Santa’s packs and handed them over to an elf who dropped them down into the chimneys below them. Sometimes the elf’s aim was good, but sometimes he missed, and Griff could hear the toys and packages hitting the rooftops. He handed over a chess set, and the elf simply threw it out of the sleigh, and Griff could hear all the pieces knocking on the rooftops as they sailed over.


KNOCK. KNOCK. “Griff?” Hamar called from outside the car. He tried the door handle. “, can you hear me?”


Griff sat up and fumbled for the door. The blast of frigid air that blew in made him gasp. But the next moment, Hamar’s warm arms were around him.


“What happened?” Hamar’s voice sounded muffled, he was holding Griff so tight it was hard to breathe. “I’ve been searching for you for hours.”


“I think the alternator went out.”


grimaced, though Hamar couldn’t see it as Griff’s face was still pressed into the rough front of his sheepskin-lined coat. “The battery is dead on my cell phone.”


“For God’s sake,” Hamar exclaimed. “I was afraid you were in an accident!” He continued to clarify his feelings for the length of time it took to hustle over to his SUV which was blessedly warm thanks to the blast of a very efficient heater.


“Th-thank you for coming to get me,” managed between chattering teeth.


Hamar directed all the heater vents his way. “Why aren’t you on the main highway?”


Hamar’s face in the wan overhead light said it all. He looked strained and weary, which was sort of gratifying, though mostly Griff just felt guilty. Guilty and grateful. Hamar must have searched every back road from Binbell to .


“Next time you decide to take a shortcut, call me first.”


“Okay.” Griff smiled. Next time sounded very good, even though Griff planned to make sure there were no repeats of this adventure.


Hamar left him defrosting and went to lock up his car. He returned with Griff’s day planner and cell phone. 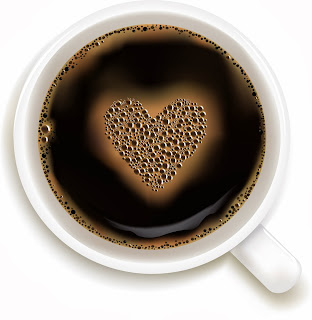 They stopped at a gas station and convenience store. Griff used the restroom and then joined Hamar in the little café. He drank the two cups of terrible but boiling hot coffee Hamar bought him, and ate a hot pretzel. He felt much better, even if he looked like he’d spent the night on the prairie, which, granted, he had.


“I had such nice plans for last night,” he told Hamar sadly.


Hamar just shook his head. He too looked better after a couple of cups of coffee. More like his usual imperturbable self.


They walked back out to Hamar’s vehicle and climbed inside. Hamar adjusted the rearview mirror, which did not need adjusting, cleared his throat, and said, “I was going to ask you last night, but that didn’t work, so I don’t think I’ll wait for the next perfect moment. I’m just going to ask you.”


“My annual vacation is next April.”


“Right.” Last year Hamar had gone backpacking with college friends. Griff figured it would be something like that again this year. At least it was only two weeks.


“I think we should go to and get married.”


Hamar smiled self-consciously. “You’re a wedding planner. Didn’t you ever want to get married yourself?”


Hamar shrugged. “I never thought about it until you. But yes. I want that. With you. Will you marry me?”


Being a wedding planner Griff had imagined every possible romantic variation on this theme. Moonlight, roses, and Prince Charming in a matching tux. But Hamar had not been part of those fantasies. Never. Griff’s feelings for Hamar ran too deep. Dreaming of what could never be with Hamar would simply be too painful.


Nor had a proposal in front of a gas station after a freezing night in his car been part of the fantasy.


But here he was with Hamar, who looked as confident and assured as ever — except for that little trace of uncertainty in his blue eyes — and it looked very much like none of his fantasies were coming true.
Reality was so much better.
Posted by Josh Lanyon at 1:00 AM