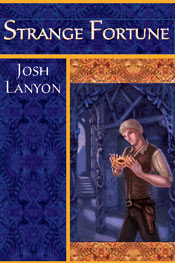 In the afternoon they had come upon a series of caves in a red rock canyon. Enormous, unsettling black and red drawings marched down the length of the cave. The creatures depicted there were nothing Strange recognized, not man nor beast. They made the back of his neck crawl.

Aleister was fascinated by the ancient scrawls--delighted, in fact--and had made extensive notes and sketches in his journal.

By the time Strange dragged him away the sun had begun to slip from the sky. The sky was clear for the first time in days, though everything was still wet from the biting winter rains.

He would have liked to put greater distance between them and those damned caves, but these lands were unfamiliar and he preferred to face the night with his back against the wall and a goodly fire. Plus Aleister had developed a worrying cough. Which was to say, it worried Strange. If one of them fell really ill or was badly injured, there was no help to be had out here on the wrong side of the .

No, not true. If Strange fell ill, Aleister would probably be able to do something for him. He was dosing himself with a horrendously unappetizing juice he’d made from poisonous-tasting berries, continuing to blather away about the caves, cheeks flushed and eyes shining fever-bright. His confidence in the future remained as undiminished as it was bewildering.

“Of course they might offer new information on the former extension of the ancestral abodes of certain clans. I suspect these cliff-dwellers were not a distinct people--”

“Sit closer to the fire,” Strange told him. “That wind is like a knife.” 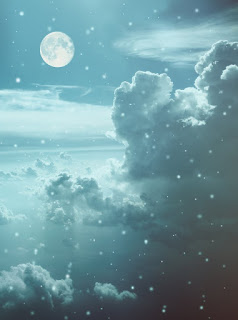 “I’m boiling as it is.” Aleister smiled widely, eyes shadowy, his teeth very white in the firelight. “Do you know what this night is, Val?”

“I know you’ll tell me, Master Sticks and Stones.”

If Aleister fell ill, really ill, Strange would be able to do little for him. And the thought of losing Aleister was frankly unbearable. He had been fond of him for some time, of course. He had expected that his feelings would temper, ease into a more casual affection, but if anything they had grown more fierce, more intense. It was painful to care this much, for theirs was often a hand-to-mouth existence, and death could reach out to grab one or the other at any moment. If something--any harm came to Aleister--

In the frosty distance something howled. It did not sound like any animal Strange knew.

He glanced at Aleister who was still smiling. Perhaps he had not heard that eerie howl. “It’s the winter solstice.”

The longest night of the year. What the fuck could be better than that?

“Well, we’ve got the bonfire for it,” Strange said.

“We’ve got more than that. I’ve been saving up for your present.”

“My--” But he was speaking to empty air. Aleister hopped up, went to his pack, rifled around and brought back a handful of…dust. He picked up one of the metal plates that Strange had scrubbed clean in the sand, and let the crumbs trickle through his fingers while he spoke a soft incantation.

Strange was silent, watching. Was this fever or was Aleister actually practicing magick? After a second or two, he realized that the dust was, in fact, crumbs. Hardtack crumbs saved carefully for days on end.

The crumbs seemed to jump around on the plate and then suddenly four small cakes materialized, frosted in pink with tiny silver speckled candies. The kind of thing that had been rare even before the revolution. The kind of sweet Strange had loved as a boy. And Aleister the only person in the world who knew that.

Aleister laughed at Strange’s expression. “They’re for you, Val. All four of them.” He was beaming his pleasure at this foolish, extravagant gift. 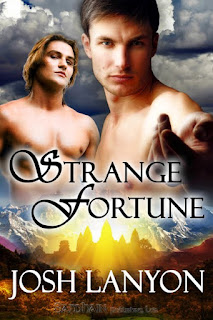 Strange’s throat closed so tightly no speck of dust, let alone tea cake could have passed his gullet. He said, “You’re a bloody madman, Grimshaw.”

Aleister held the plate out to him and Strange said, “Two for each.”

Looking torn between guilt and delight, Aleister chose one of the delectable cakes. He handed the plate to Strange who took a cake and bit it what seemed to be a cloud made of spun sugar. The sweetness was almost shocking after months of living on wild game and whatever else they could forage.

Aleister licked frosting off his lips.

They ate their cakes and passed Strange’s flask back and forth. Now and again their companionable silence was broken by one of those long, mournful howls that seemed to issue from behind the giant, silver moon.

“You’re cold, whether you know it or not. Come here,” Strange said holding up his cape, and Aleister gave him an indulgent look and scooted over into the circle of his arm. He leaned against Strange’s shoulder. His lean, hard body was a warm weight down the length of Strange’s.

“Spring is coming,” he informed Strange, wiping the last pink stickiness from his fingers.

And only the entire winter still to get through. But Strange did not say that. He said, “Yes. Happy Solstice.”

“Those were the best cakes I ever ate in my life,” Strange said.

Aleister smiled and tilted his head to rest against Strange’s.