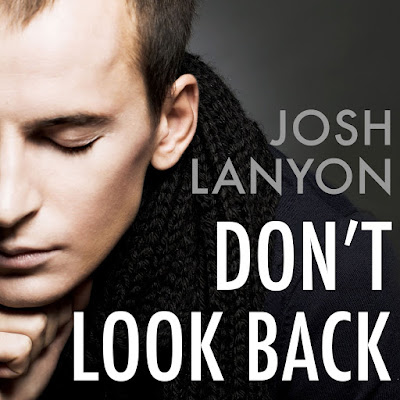 Peter and Mike from DON’TLOOK BACK

“When were you going to tell me?” Mike asked. He was smiling, his tone wry.


They had reached the pie and coffee stage of their holiday meal. Parkway Grill was Mike’s favorite place to dine--plus there weren’t a lot of options on Christmas evening. Mike’s parents were visiting his sister in . Peter didn’t have family--other than Mike. Earlier that day, they’d brunched with Roma and Jessica and thirty other people. It had been fun and festive--but Peter was loving this quiet, private dinner, just the two of them.


“Tell you what?” Peter smiled too, but he was puzzled. Mike’s blue gaze seemed a little somber given the mood and occasion.


“The job offer in . You didn’t think we should talk it over together?”


Peter’s eyes widened. He hadn’t realized Mike even knew about the opportunity in . The museum must have phoned. “There’s nothing to tell. I’m not taking it.”


“Why?” Mike seemed floored by this news, which was sort of, well, disconcerting.


Mike continued to look shocked. Not happy, not pleased. Shocked. “You’re not taking this job because of me?”


He was starting to worry Peter. Peter said, “Us.”


“Because you’re in a relationship with me.”


Peter kind of wished they weren’t having this discussion in public. And he kind of wished Mike wasn’t stating these facts in such a brusque, conversational tone, because they were getting a few glances from other diners. Frankly, he hadn’t really expected to have a discussion on the subject.


“More because it’s not easy to maintain a long distance relationship with anyone.”


Mike shook his head. He said flatly, “You can’t make your decision based on that.”


Peter stared, stricken. This was not the reaction he would have expected. He thought--believed--things were going well with Mike. That Mike was happy. But maybe, after four months, Mike was tired of supporting Peter, of carrying the financial load, of sharing his space. In the beginning he’d said it was no problem, no hardship and that Peter should take his time finding the right position. And that’s what Peter had done, partly because he didn’t have a choice. The economy might be recovering, but museum curators were still not in high demand.


Mike nodded like now Peter was on the right track.


Peter said, “I didn’t realize--” He had to stop because the waitress returned to refill their coffee cups. And because he didn’t trust his voice.


There was the usual could-she-bring-them-anything-else? Mike requested the check. The waitress departed.


Peter got control and said quietly, “I didn’t realize you didn’t want--” He broke off because he wasn’t sure how to finish it. He was pretty sure, would have sworn, in fact, that Mike did want what they had. What they had and what they were building. But maybe only Peter thought they were building something. It wasn’t like they had discussed the future.


Their eyes met and Mike’s frown deepened. He opened his mouth, but the waitress was back with the check.


Mike reached for his wallet--which of course he had tired of being the financial default by now and Peter should have realized this--and Peter said, “Excuse me. I’m going to get some fresh air.”


Good luck with that. The cold night air was scented of car exhaust and the restaurant kitchen. It did not smell fresh. It did not smell like Christmas. It smelled like any winter night in any unfamiliar city. Peter took a turn around the parking lot. Second time around Mike met him, footsteps crunching dead leaves on the pavement.


“You feeling all right?” Mike asked, offering Peter a peppermint.


Peter had to struggle not to say something childish like, I didn’t realize you were so desperate to get rid of me. He knew Mike didn’t want to get rid of him. At least, he thought he did. He was pretty hurt though. Hurt that Mike could seemingly accept-- calmly accept--that Peter might be leaving for . That he didn’t want to stop him, didn’t want to put up a fight for what they had together. In the end he said nothing.


Mike watching his struggle, said awkwardly, “If I seem ungrateful or like I don’t appreciate what you’re trying to do, that’s not my intent. You did this once. Gave up your life for that asshole. You’re not doing it again. Not for me. I don’t want that.” 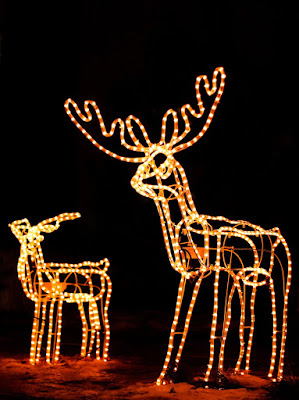 “I didn’t realize I was giving up my life,” Peter said bitterly. “I thought it was just a job.”


Right. And what could be more important than that? Peter drew a deep, shaky breath and said, “I’m cold. We should get back.”


Not we should go home because plainly Mike’s condo was not his home.

The sight of the evergreen wreath on the front door was painful.


“Do you want a drink?” Mike unlocked the door and felt around for the light switch.


The front room smelled like apples and cinnamon. Comforting and homely, but the holiday fragrance made his stomach churn. He felt stupid for decorating Mike’s place. Mike hadn’t asked for any of that nonsense. The Christmas tree, the fake snow on windows…that was all his idea and it had been a bad one. He was embarrassed at having presumed too much. He felt unwelcome. The sight of the presents they had opened that morning--nothing extravagant or very expensive, but everything chosen with care and affection (on both sides, he had imagined)--made him want to cry.


However, crying on Christmas was not permissible once you were out of the single digits.


It was only so he couldn’t exactly announce he wanted to go to bed. Anyway, it was going to be too weird trying to lie on that mattress next to Mike with all this between them. All this being…apparently not that much. He could invite himself over to Jessica’s and Roma’s place, but that wasn’t a very caring thing to do to friends who had already spent the long day hosting a holiday brunch.


“You sure you don’t want anything?” Mike asked from the kitchen.


He was two houses down staring unseeingly at a yard full of mechanical reindeer, raising and lowering their light-bulb lined heads to feast on a dead lawn, when Mike appeared beside him.


“Even I can tell something is wrong,” Mike said. “Tell me what I did.” And the heartless bastard put his arm around Peter’s shoulders.


Peter shook his head. Not No, I won’t tell you. More I can’t tell you--it’s too ridiculous.


“Come on.” Mike lowered his head and kissed Peter’s cheek. His breath was warm in the cold night. “Talk to me, Peter.”


How the hell did women manage to cry and talk at the same time? Because it was pretty much physically impossible, with your throat closed up and your sinuses flooding and your breath jerking in and out, to manage anything like a sentence. Let alone an intelligent sentence.


What he wanted to say was so tangled up and complicated. When he’d finally got his memory back, all of his memory, it had been difficult to accept how alone he was, how lonely. He had friends, wonderful friends who made up for the fact that he did not have family. But even that was not the same as having that one special person: the lover who was both friend and partner. Not everyone needed or wanted that, but Peter did. He had hungered for it his entire life. He had wanted it so badly that for years he had put up with the palest imitation. He didn’t even know why.


And then Mike had come along. And Peter had really thought the loneliness was over. Really thought that Mike was the guy he would spend the rest of his life with. He was convinced Mike saw it the same way. But now it turned out that once again he had got it wrong. At least in Mike’s case there was real affection and caring, but the end result was the same. He was on his own.


Mike’s arm tightened around Peter’s shoulders. “Have you already turned the job down? Is that it?”


Into that raw and unsteady pause, Mike said very quietly, “I’m not sure why me supporting your decision to take a job you really want somehow spoils that for you.”


“I don’t want that fucking job, Mike!” Peter glared at him. “Or I didn’t. If we’re not going to be together anyway, then I don’t know. Maybe that would be the best option.”


Mike’s head snapped back like Peter had punched him. “We’re not going to…” 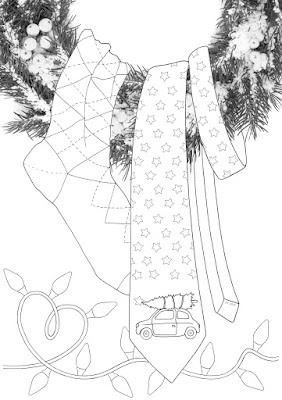 “You're talking about job versus career, and I understand and appreciate the difference. And I understand that difference should be as important to me as it apparently is to you, but you  know what I want more than anything? To be wanted. To be loved. For it to matter to someone if I stay or if I go--”


“You are wanted,” Mike protested. “You are loved and of course it matters if you stay or go.”


This time there was no pushing Mike away. He wrapped his arms around Peter--not that Peter was fighting him--and whispered, “I don’t want you to go. How could you think that? I’m trying to do the right thing, that’s all. I don’t want to be like him. All he did was take from you. I want to give to you. I want to give you whatever you need.”


Peter pressed his face into Mike’s. “You already do. You already have. Just waking up together this morning--there will be other jobs. I’ll get another job. I promise. But I don’t want a job that’s going to put the entire country between us. It’s not worth it to me.”


“Then it’s not worth it to me either. You think I’m worried about who pays the electric bill? I don’t care if you have a job so long as you don’t care. All I’m trying to do is show you that you’re free to make whatever decision you want.”


“I was never talking about ending things! We could make it work long distance.”


“Neither do I,” Mike admitted. He shook his head. “Did you really think, even for a minute, that I didn’t want you to stay? That the idea of you leaving didn’t hurt like hell?”


“Didn’t I?” Mike offered the old wolfish smile. “Let’s go home. I want to show you just how much you’re wanted…”