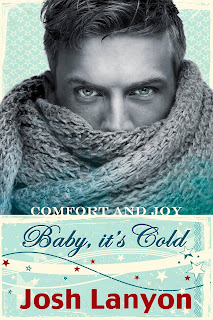 Jesse and Rocky from Baby, it's Cold.

Rocky, his own head buried beneath his pillow, muttered a laugh.

Muffled by down and flannel, he replied, “Too much.”

At least the bed had stopped spinning. That was an improvement. It had been a good party though. A great party from the bagpiper through the oyster shooters.

He didn’t answer. We both knew why I’d got plastered at the annual Christmas Eve party at Bella Louisa’s. The Christmas card from my father. The first word I’d had from him in eight years. So deck the halls, glad tidings, etc. Except…it hadn’t felt like that at the time.

And two Italian margaritas, three glasses of wine, an unknown number of shots and one Italian coffee later, it still didn’t feel like it.

I shuddered at the memory and Rocky heaved around in the bedclothes and put his arm around me, trying to draw me close.

“Don’t move me,” I begged. “I have internal injuries.” 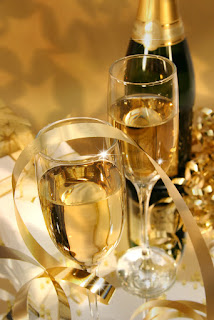 He started to laugh, the heartless bastard.

“I think my skull is fractured,” I persisted.

He ignored my pleas for mercy and hauled me over into his arms. He was not the most comfortable pillow in the world, but he was warm and the velvety bristle of his jaw and nuzzle of his soft lips against my forehead felt kind of nice.

“I’m probably going to be sick on you,” I mumbled into his neck.

“You don’t have anything left to be sick with.”

Rocky’s chest jumped with a silent laugh. He nuzzled my forehead again and said, “You’re glad he’s okay though, right? You were worried after the attacks in .”

I never would--and I had got used to it being that way.

But now he’d sent that card. Joyeux Noel. And a note. If I send you a ticket, will you come to ?

“I’ll drive. You can sleep on the way. You’ll feel better in a couple of hours.”

“No, I mean it.” I opened my eyes and glowered into the soft gloom of the cocoon made by sheets and blankets and Rocky’s arms. “I don’t even know why he’s doing this now.” 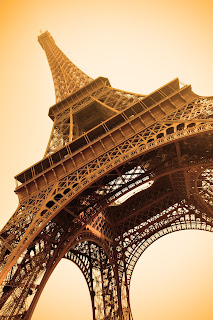 I shook my head. Closed my eyes.

Rocky’s breath was warm against my face. He’d had too much to drink the night before too. But I didn’t mind. I was glad we were comfortable with each other now. At home with each other--even when we weren't at home. “He’s doing the best he can with the tools he’s got.”

“He can be. That’s for sure. But he does love you. This is proof of that.”

“Is it?” I said bitterly. “Even the way he did it. A note on a Christmas card. Not even a phone call.”

“He oughta be afraid.”

I expected Rocky to laugh. Instead, his arms tightened and he said, “You’re okay, Jesse. I love you.”

I don’t know why but it made my eyes sting, made hot prickle beneath my eyelids. I shook my head, rested my face against the pulse beating at the base of his collar bone. Slow, steady, solid thumps.

He didn’t continue. I opened my eyes, looked at him. “But?”

His green eyes met mine, “If what you’re thinking is you do want a relationship with him, but you’re still mad and maybe not ready to forgive him yet…well, you can’t predict the future. These last few weeks prove that.”

“Yeah, whatever,” I muttered because his words struck home, filled me with a vague dread. Now days the world seemed like a frightening place a lot of the time. Unsafe. Uncaring. Unknowable.

Rocky was smiling at me, his expression was wry with understanding, and I thought but not here. Here was safety and caring and acceptance. I smiled back.

“Good,” Rocky said. That time his kiss was brisk and businesslike. “Now I’ll make you a nice hot breakfast and we can get go--”