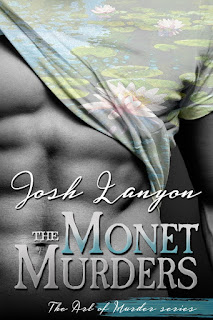 **Spoiler alert: this scene takes place after the dramatic events at Camden Castle—and before Jason gets back to Los Angeles.

“Where the hell did you learn to swim like that?” Sam asked. His voice sounded a little thick, a little indistinct. He was slightly stoned from the painkillers, and Jason smiled to himself. It wasn’t often he had Sam at any kind of disadvantage.

“I used to be a lifeguard. Remember?”

“I remember. That wasn’t…that was…” Sam tailed off, wincing. He cautiously touched the neat white bandage on his forehead.

It was about eight in the evening. They were in bed in a motel in Watertown, which sounded more promising than it was. No. Not true. After the afternoon they’d had, having a few quiet minutes with Sam safe and mostly unhurt, was all Jason could ask for—and more than he’d expected. After a cursory examination, Sam had, against medical advice—no surprise there--checked himself out of the hospital. Places to go and bad guys to catch. Although, and this had been a surprise, he had not fought too hard when Jason insisted he not head straight to Cape Vincent to join in the interrogation of Eric Greenleaf.

“Can I get you anything?” Jason asked. Sam looked pale, and lines of pain were etched around his eyes and mouth. All things considered, he looked great. A lot better than he would have had Greenleaf managed to blow his head off.

“Nah,” Sam muttered. “You being here is exactly what I need.”

Okay. That was definitely the pain meds talking. Jason smothered a grin. 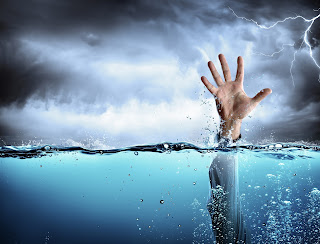 Sam, must have heard something in his silence though, because he cocked a bloodshot eye and then put his hand on Jason’s shoulder, drawing him down. Jason settled his head on Sam’s bare chest, closing his eyes and listening to slow, heavy thump of Sam’s heart.

Thank God. Thank God. What if I’d been too slow? What if I hadn’t been able to find him? Thank God.

He said, “I had asthma when I was a kid. The doctors recommended swimming as a way to strengthen my lungs and just, I don’t know, build me up. So from that day on, my parents had me in the water and involved in every possible aquatic activity known to man or fish.” He shrugged. “And I outgrew it. The asthma, I mean. I love the water.”

That was probably a miss, but Jason would take it. He would take every gesture Sam had to offer.
They were silent for a time. Jason thought Sam had probably drifted off again, but Sam said suddenly, “Did I even remember to thank you?”

Sam laughed and Jason realized he’d been close to dozing himself. He chuckled drowsily. “Oh that? You’re welcome. My pleasure.”

He did not say any time. He was afraid that there might be other times. In his heart, he knew there would be.
Posted by Josh Lanyon at 1:00 AM