This morning we have the second half of Karan Kapszukiewicz's Advent calendar submission.

In case you missed the first part, Karan has put together a series of holiday dinners with clues in each photo as to which couple is enjoying which dinner.

Your possible dining companions are as follows:

3 - Will and Taylor (The Dangerous Ground series)

4 - Septimus and Colin (The Darkling Thrush)

Correctly match the couple to the correct dining experience and I will arbitrarily select four people to win a signed print copy from the randomly scattered author's copies I have lying around here. :-)

(You can have the book signed and sent to someone else as a gift, if you like.) 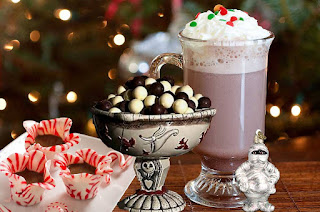 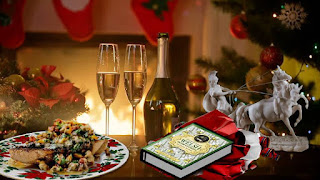 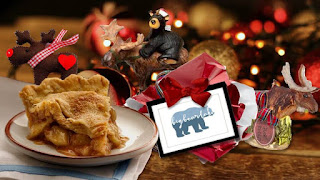 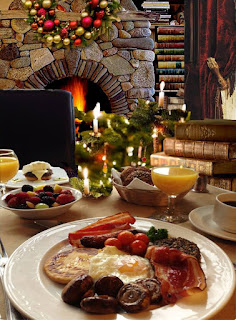 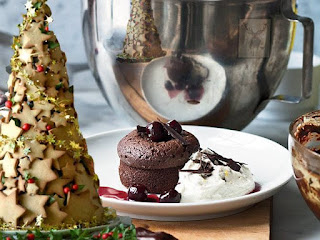 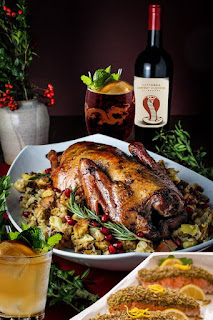 This is actually funny (at least I hope so!) because I got the wrong answers when I tried to match up MY OWN DAMN CHARACTERS with the photos. :-D

Karan was kind enough to send a key which reads:

A.  Mummy Dearest. Drew and Fraser, from the book and the coda. The cocoa id    from the coda, made with Peppermint Schnapps. Clues: Mummy ornament, candy dish with scary vampire face and peppermint candy shooters.
B. The White Knight. Sean and Dan. From the book. The food is laverbread and cockles that Sean remembers as the last thing he was talking about before he was knocked down the stairs. Clues: The charioteer statue for the movie, The Charioteer,  Sean was in to film and the book of Welsh recipes, for foodie, Sean.

C. In Plain Sight. Nash and Glen. The book and the coda. The food is apple pie, because the night they first met, at a dinner, Nash said he knew by the time they both ate the apple pie, that Glen was gay. Clues: The ornament of Big Bear Lake, because the was the name of the lake where Glen like to take photos and the moose and reindeer ornaments, from Glen’s mother, who sent family ornaments to help them decorate their first tree together.

D. The Darkling Thrush. Colin and Septimus. From book and coda. Instead of the boars’ head feast from the coda, I went with the traditional Scottish breakfast from the book. Band white pudding, eggs, and porridge, but added the plum pudding from the coda. Clues: old books everywhere, from the book, and “rich tapestries” mentioned in the coda.

E. Lone Star. Mitch and Web. Both book and coda. The food is from the coda, with the recipe for chocolate cake and mascarpone cream at the end. Clues. The cookie tree made of stars, with one star shining brightly, and the reflection of a reindeer head on the side of the silver mixing bowl.

F. Dangerous Ground 2, Old Poison. Will and Taylor. The book only. The food is the meal they shared at the Red Dragon, favorite Japanese restaurant. Tea-smoked duck for , wild salmon for Will. The drinks were mai tais. Clues: A bottle of wine with a snake head label, for the bottle of snake wine received in the mail and the red dragon glasses that held the mai tais.


Oh my God. My apologies to everyone. So the only thing to do was to randomly choose four people from all the answers, and not worry about who got the answers right or wrong (given that I clearly have no clue anyway).